Taking the ‘Foot’ Out of ‘Footbridge’: Driver Takes Shortcut on Phoenix Park Bridge

E.C. police: ‘PLEASE do not drive on the Phoenix Park footbridge ... or sidewalks’ 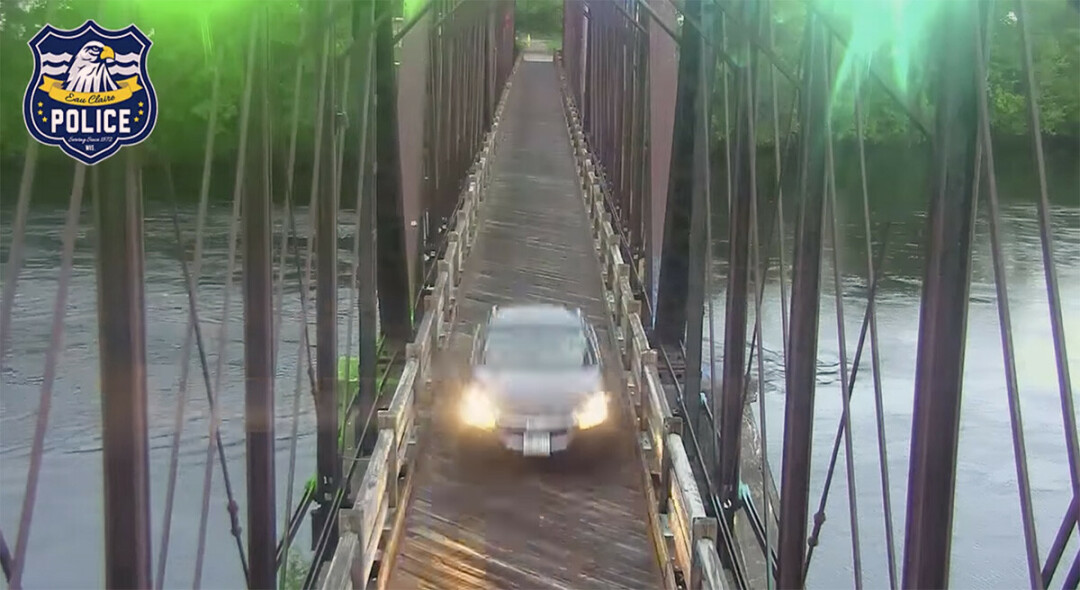 When you’re trying to get somewhere in a hurry — especially in a city crisscrossed by two rivers — taking a shortcut to shave off some time is tempting. For a reportedly intoxicated driver in Eau Claire, it proved too tempting.

The Eau Claire Police Department shared a video Wednesday on its Facebook page showing a passenger car cruising over the footbridge over the Chippewa River connecting First Avenue to Phoenix Park. Fortunately the century-old historic railroad bridge was free of pedestrians or bicyclists as the driver cruised across the bridge into the park, turned right, and sped along the sidewalk through the park, past the “High Five” statue and the RCU headquarters.

According to an ECPD spokeswoman, “Officers received a call around 5:30am on (Tuesday) 5/31 for a vehicle driving on the pedestrian trail nearby the bridge. The car had a blown tire and was proceeding to drive on the footbridge.” The vehicle had damage, but officers could find no damage to public property. Police said the driver, a 28-year-old woman, failed field sobriety tests and was arrested for first-offense driving while intoxicated. 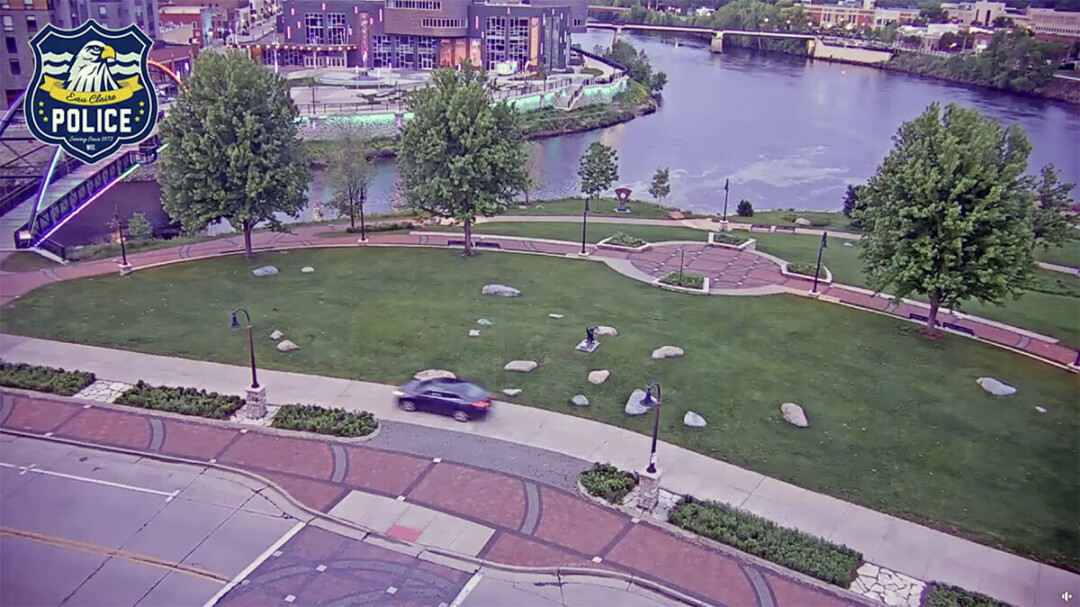 IT'S A PARK. DO NOT DRIVE THERE. Speeding down the sidewalk earned this driver a citation for operating while intoxicated. (Image via Facebook)

The video carried this caption from the ECPD:

Can't believe we have to say this, but...
PLEASE do not drive on the Phoenix Park footbridge..... or sidewalks..... or any other footbridges in the city for that matter 😲

Driver was arrested for OWI.

By Wednesday afternoon, the video had garnered dozens of comments on Facebook, ranging from “Surprised they don't have a few concrete pillars or boulders positioned to prevent this foolishness” to “Fastest way to point b is a straight line bro.” (True, but a straight line can also lead to you directly to jail bro.)