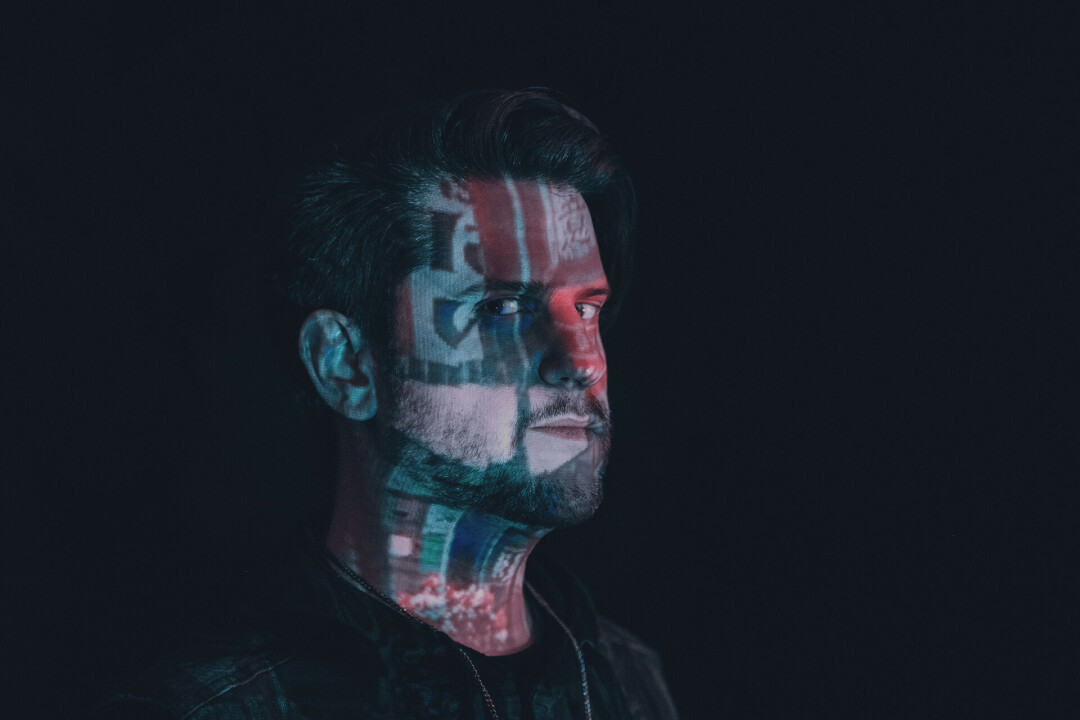 MAKING WAVES. Andy Immerman has been producing electronic music in Colorado since moving there in 2010, culminating in larger and larger shows every year. (Submitted photo)

An Eau Claire native is working hard to catapult his music career a mile high.

Andy Immerman, an electronic musician, and DJ now living in Denver is making a living through performing and mixing/mastering music for other artists. He moved to Colorado in 2010 but had made a name for himself in Eau Claire before relocating.

Immerman’s first musical milestone was serving as the assistant engineer on Bon Iver’s Grammy-winning 2011 sophomore album, Bon Iver, Bon Iver. Andy grew up taking songwriting lessons with Bon Iver frontman Justin Vernon in high school, and from there the pair continued to collaborate prior to his move. While in Eau Claire, Immerman attended UW-Eau Claire and quickly became more and more interested in crafting electronic music. 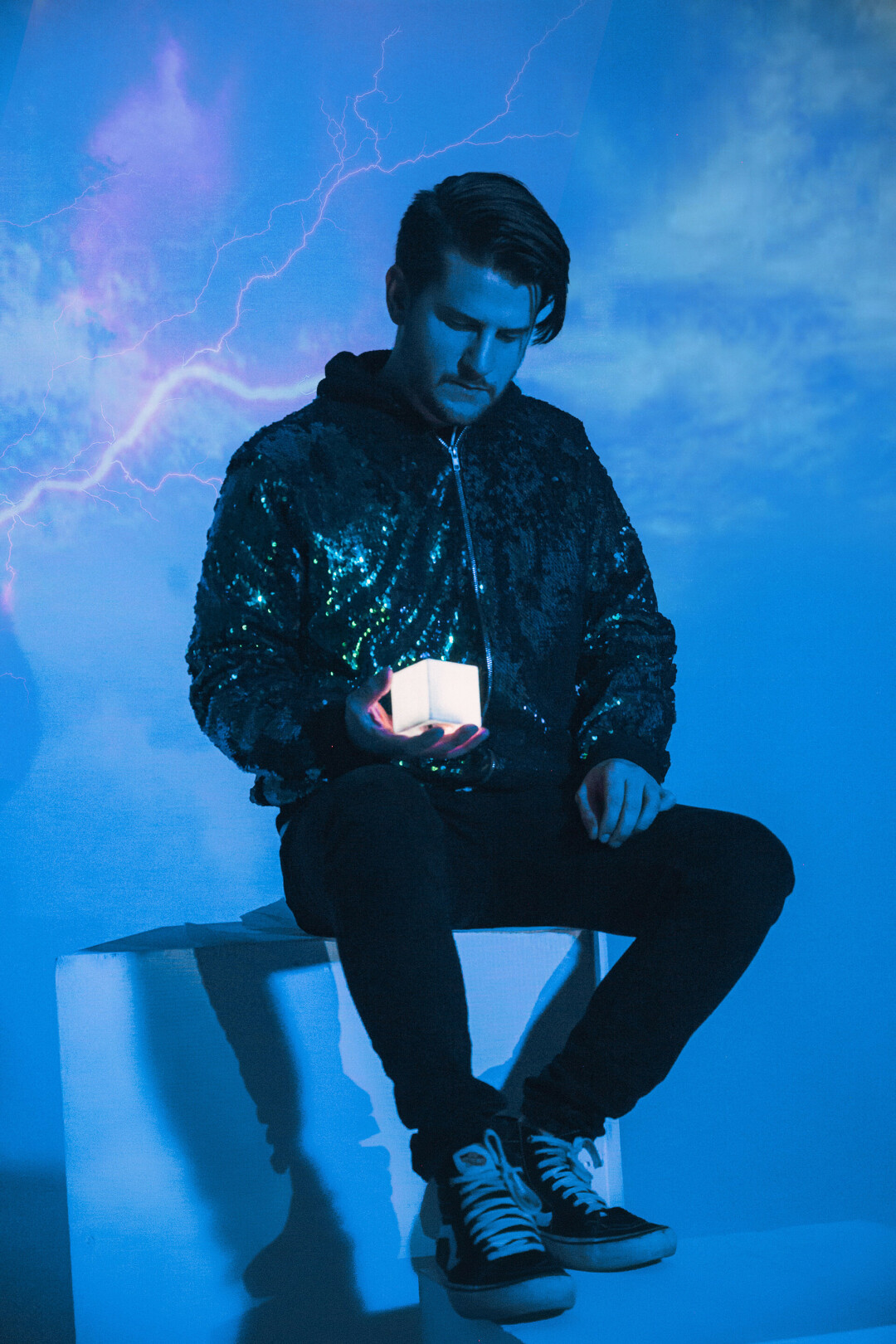 “The technological side of making music is always something that has intrigued me,” Immerman said. “Growing up in Wisconsin, I was listening to classic rock, indie, and anything else that was in that area. There wasn’t anybody doing electronic music, so it was mysterious to me and I wanted to learn more about it.”

Upon moving to Denver, Immerman attended UC Denver, where he continued to hone his recording abilities. After graduating, he started Another Backline Company, which specialized in renting out DJ and PA equipment to venues in the Denver area. This effort was started to supplement his growing music career, which continues to be his main focus.

His latest single, “Unfold Me,” dropped on Jan. 14, and the song has already racked up more than 13,000 plays on Spotify. His continued growth in the Denver electronic music scene caught the attention of his former band director at Memorial High School, Eric Dasher, and in May Andy made a visit to his alma mater where he taught music students about recording, electronic music, and forging a career in the industry. 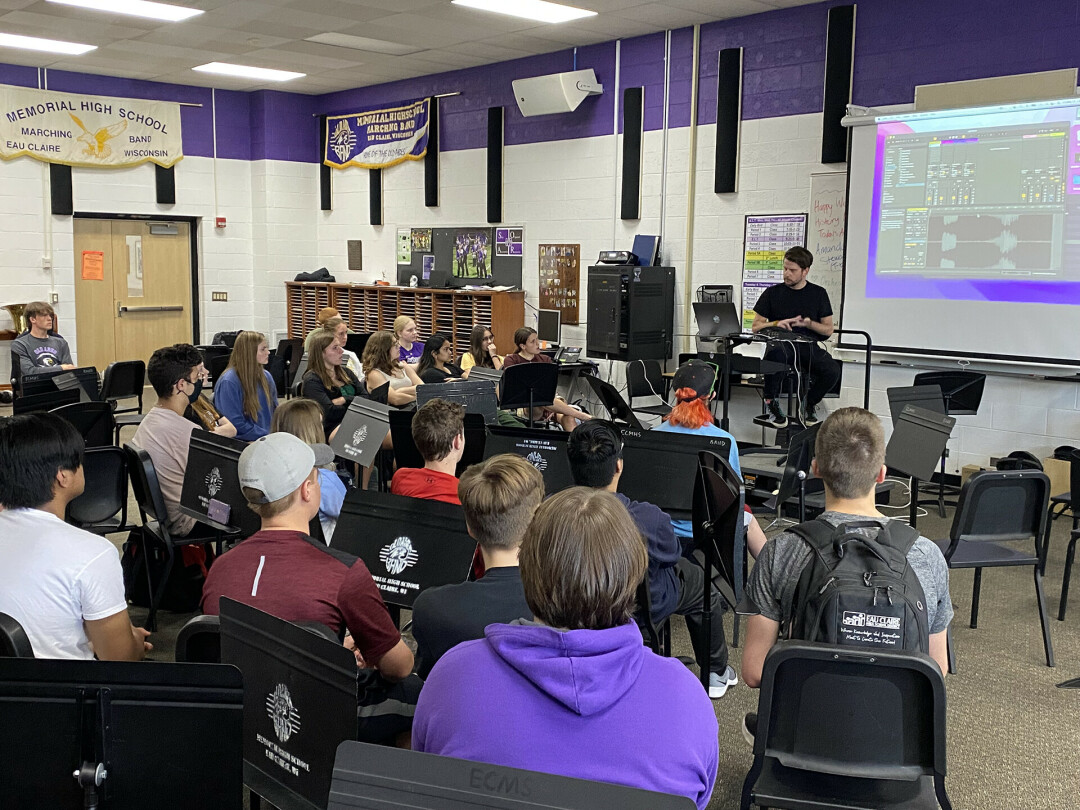 “I thought it was a great opportunity to talk to these kids about things I wish I would’ve known in high school,” Immerman said. “A lot of them don’t have access to the kinds of equipment you use to record, so this was a helpful way to expose them to that, so they can hopefully take off and run with it after high school.”

Whether it’s doing energetic club shows in Denver or engineering Grammy-winning albums in Eau Claire, Andy Immerman is continuing to pursue his lifelong passion for one banger after another.