The Plus, The Metro Will Keep Liquor Licenses and Reopen Under Deal With City 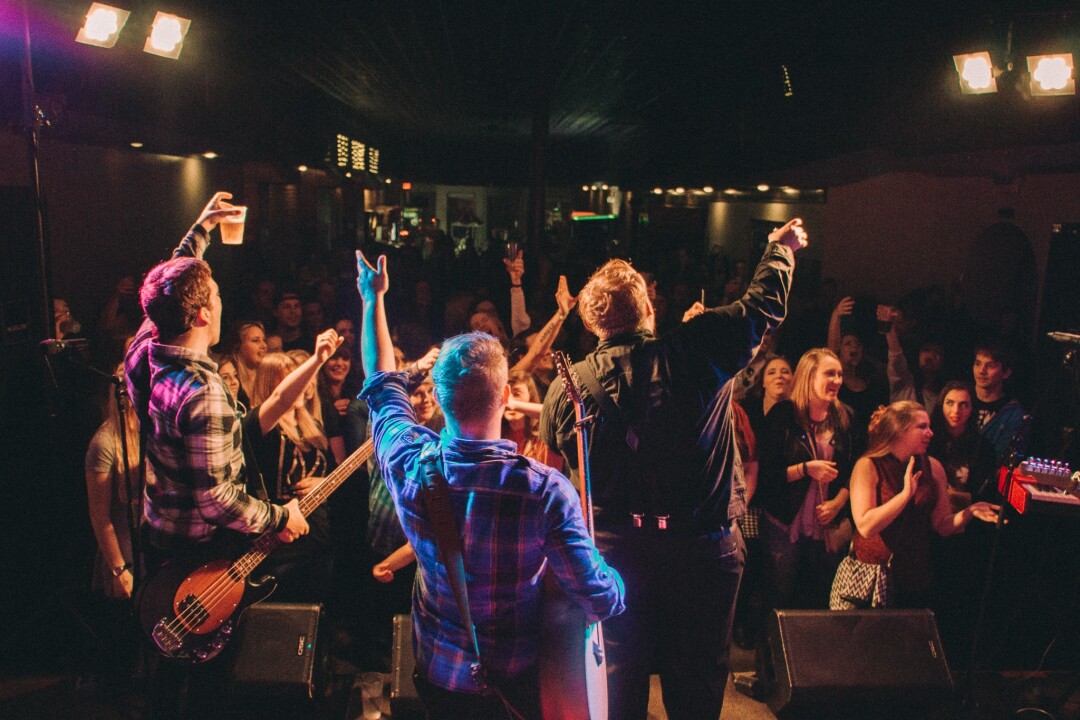 THREE CHEERS FOR BEERS. Before closing two years ago, The Plus in downtown Eau Claire was a nightlife hotspot, with frequent music and comedy performances. (File photo)

The owner of two long-closed downtown Eau Claire venues has reached an agreement with the city to renew the establishments’ liquor licenses in exchange for creating a timeline to reopen.

The Eau Claire City Council voted Tuesday, May 24, to renew the liquor licenses for both The Plus and The Metro, which are operated by Benny Haas. Other than occasional events at The Rev, a wine bar attached to The Plus, both establishments have been closed since early 2020.

Before the pandemic, The Plus frequently hosted music and comedy events, in addition to serving pizza and drinks, while The Metro was a home for concerts, wedding receptions, and other live events.
The Metro, 210 E. Lake St., suffered a fire in February 2020, and has been closed since, while The Plus, 208 S. Barstow St., was shuttered by the pandemic and hasn’t yet reopened.

In early May, the city attorney’s office requested that the City Council not renew the liquor licenses, contending that they had been abandoned because the venues weren’t operating. However, Assistant City Attorney Jenessa Stromberger later asked the City Council to delay action, and on Tuesday she went before the council seeking approval of a memorandum of understanding between the city and the venues, paving the path for reopening.

Under the agreement, The Plus and The Rev should be open to the public at least 30 hours a week starting by Sept. 1.

Under the agreement, The Plus and The Rev should be open to the public at least 30 hours a week starting by Sept. 1. In addition, The Metro — which has been undergoing remodeling — “shall complete all necessary repairs, obtain an occupancy permit, be open and hosting events” by Jan. 3, 2023.

In the meantime, the owner – Pizza Plus LLC – must give the city progress updates every 30 days and cooperate with city inspections on Sept. 1 and Jan 3. Under the agreement, Pizza Plus LLC will surrender the liquor licenses if the businesses fail to reopen in time.

The agreement received broad support from the City Council members: The renew of The Plus’ license passed on a vote of 9-1 (with only Councilman Roderick Jones dissenting) while the renewal of The Metro’s license was unanimous.

“It really was more than just an establishment,” Councilwoman Kate Beaton said of The Plus. “It brought a lot of value to our culture here in Eau Claire. I think the most significant thing that it brought was really affordable art and entertainment.” Beaton said The Plus filled a gap between very small venues and large ones, notably the Pablo Center at the Confluence.

Certainly, the applicant has a ton of work to do, and has put a lot of work into the downtown in the past," added Councilman Jeremy Gragert. “So we’ve seen that energy and drive before, and I think that we can see it again.”