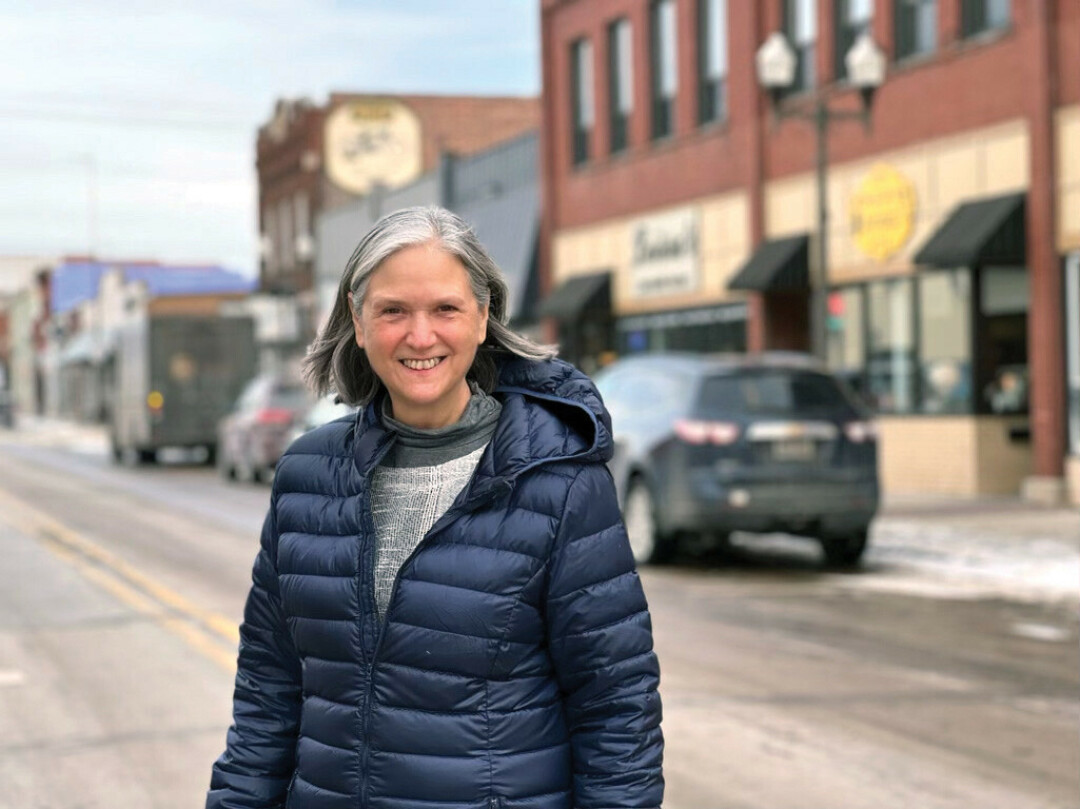 DOWN ON MAIN STREET. Deb McGrath is running for the Democratic nomination for the 3rd Congressional District. (Submitted photos)

National service and politics are in Menomonie native Deb McGrath’s blood. McGrath served in the U.S. Army, where she rose to the rank of captain, as well as in the State Department and the Central Intelligence Agency, where she was assigned at times to Southeast Asia, South Asia, West African, and the former Soviet Union.

But it is in politics that her family is perhaps best known: Her father was the late Al Baldus of Menomonie, who served three terms in Congress as well as two stints in the Wisconsin State Assembly.

While her military and government service took her all over the world, McGrath always maintained a connection, and a home, in the Menomonie area, and after retiring in late 2020 returned full time with her husband, Kevin, himself a retired Army colonel.

“I can serve on day one,” McGrath said in a recent interview. “I have a passion for this district that just beats in my heart.”

McGrath credits her upbringing for instilling in her a desire to serve. She recalls going door to door with her father when he ran for office, and remembers the calls and visits he got from constituents at all hours of the day and night.

I can serve on day one. I have a passion for this district that just beats in my heart.

“I grew up learning to listen, and I grew up also respecting service, that everybody serves,” she said. “I have, I think, a depth of understanding that every single person in this district matters.”

If elected, McGrath said she will focus on a host of issues, including rural access to health care and high-speed Internet, support for small farms and businesses, rebuilding critical infrastructure, creating good-paying jobs, and protecting the environment.

Her concern for health care access began at an early age. One of her brothers was diagnosed with lymphoma at age 3, and at the time the nearest treatment option was in Madison. Her brother’s death at age 6, and the birth of another brother with spina bifida, made her realize that health care access was a life-or-death matter, especially for rural and working families. 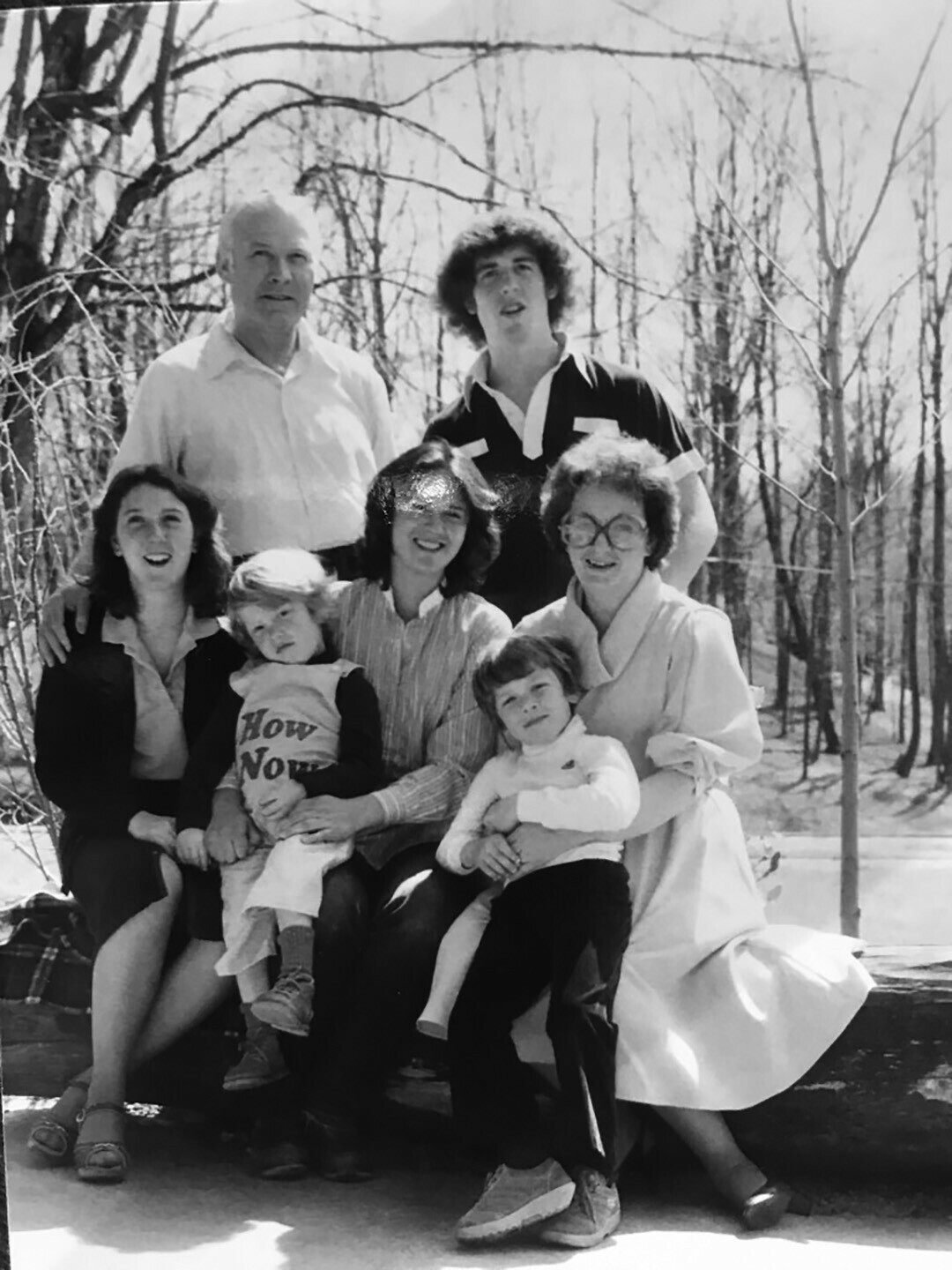 Beyond these issues, McGrath said she is concerned with protecting America’s system of self-government, which she feels is under threat. “I have seen people live without rights,” she said, referring to her overseas service, “and when I look at Ukraine, what people will do for freedom.”
The 3rd Congressional district covers a wide area of western Wisconsin, including the cities of Menomonie, Eau Claire, Chippewa Falls, La Crosse, and Stevens Point. While the district has been in Democratic hands since Kind was elected in 1996, it has recently shifted toward Republicans, and the majority of voters went for Donald Trump in the 2020 election.

However, McGrath’s campaign believes the region remains competitive, noting that Democrats such as U.S. Sen. Tammy Baldwin and state Treasurer Sarah Godlewski have carried the district in recent elections. 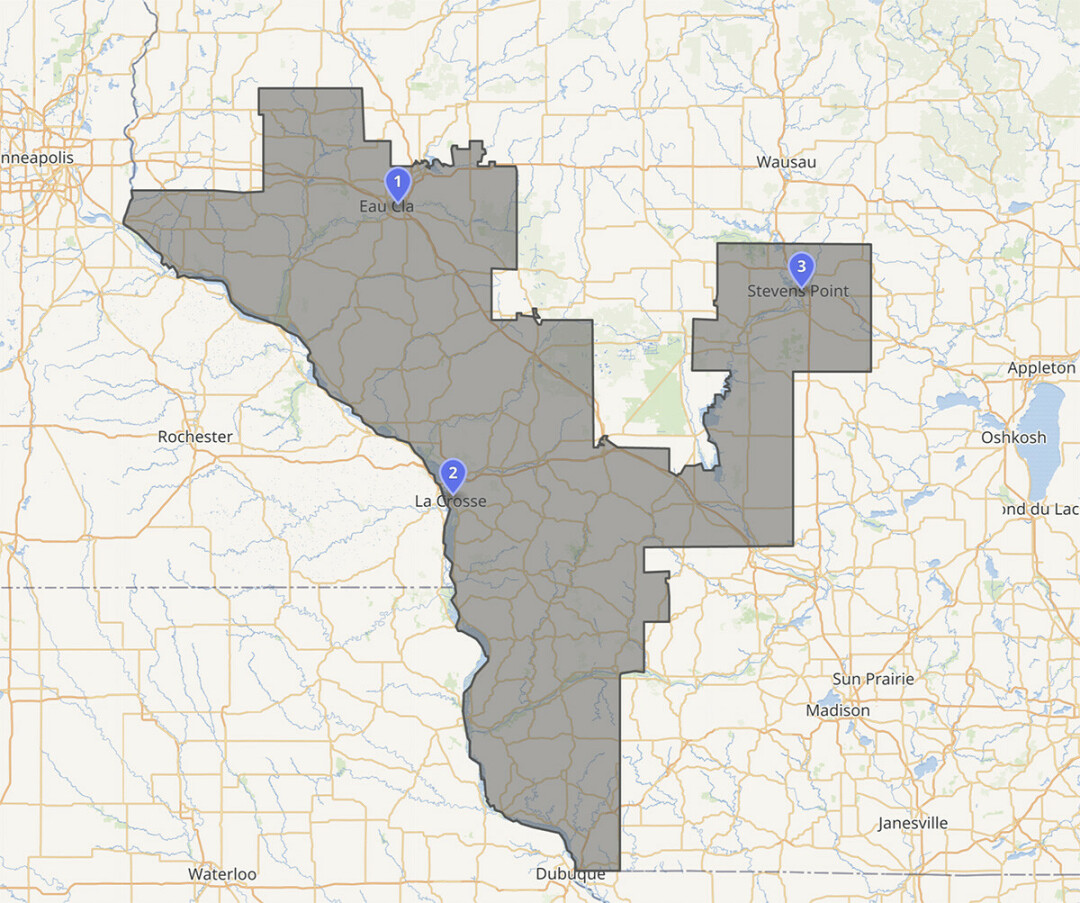 Kind announced last year he wouldn’t seek another term. In 2020, he narrowly defeated Republican challenger Derrick Van Orden, who is again seeking the Republican nomination for the seat and has been endorsed by former President Donald Trump. Another Republican, Denise Hurless, is also running. On the Democratic side, the contenders include Eau Claire business owner Rebecca Cooke, state Sen. Brad Pfaff of La Crosse, Navy veteran Brett Knudsen, and retired pediatrician Mark A. Neumann.

McGrath said she isn’t worried that some have painted the district as shifting from blue to red. “I have been solving problems by working across the aisle,” she said. “I have put my country above politics all my life. I don’t look at anybody as a color, I look at it as people who have common problems.”

She recalled a lesson in leadership she learned as a young soldier going through the rigors of Airborne training. By the morning of the first parachute jump, McGrath recalls, she was the only woman left.
“They placed me first in line to go first out of the plane because I had earned their trust,” she said of the drill sergeants. “With those 140 soldiers behind me, I jumped out of the plane. That’s when I realized that leadership would take courage and risk.”