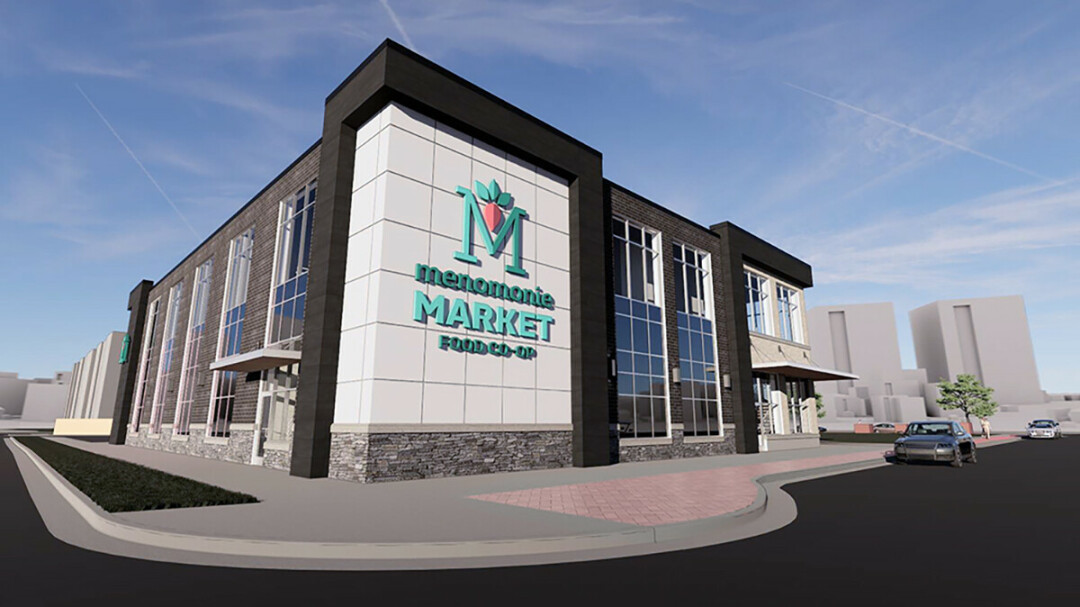 WAIT, DID YOU REMEMBER YOUR SHOPPING LIST? A rendering of the planned new Menomonie Market Co-op in downtown Eau Claire. (Submitted image)

Menomonie Market Food Co-op announced Wednesday, May 18, that it is buying the southern half of Block 7 — a parking lot on North Barstow Street that has been slated for redevelopment for a decade — to build a “new, expanded grocery store and deli, slated to open in the fall of 2023.”

“Our customers have been asking for a larger store for years,” General Manager Crystal Halvorson said in a media release. “We look forward to welcoming the community into a beautiful new location with more product offerings and spaces for learning and socializing.”

Our customers have been asking for a larger store for years. We look forward to welcoming the community into a beautiful new location with more product offerings and spaces for learning and socializing. 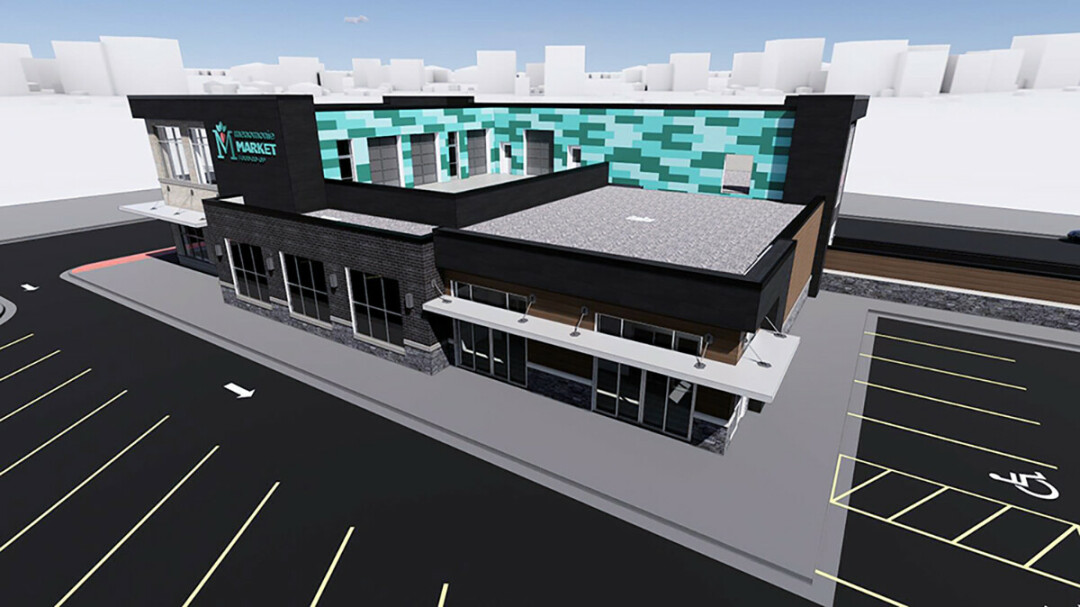 Menomonie Market Co-op currently has a store at 1117 S. Farwell St., which was previously known as Just Local Food Co-op until a merger last fall. “The existing store is no longer adequate to meet the needs of its growing customer base, and no adjoining real estate is suitable for expansion,” Menomonie Market Co-op said in its announcement. “After the merger, the co-op began looking for a location to develop and found an ideal spot on Block 7, close to the farmers’ market and other locally-owned businesses. The store will be built at the corner of North Barstow and Galloway streets.”

The proposal was first made public last October. The latest iteration of the plan calls for a free-standing 13,900-square-foot building, which would increase the co-op’s retail space by more than 600%. In addition to the store itself, the building will feature a rooftop garden for community events and dining, as well as a deli offering hot meals and a weekly community dinner. 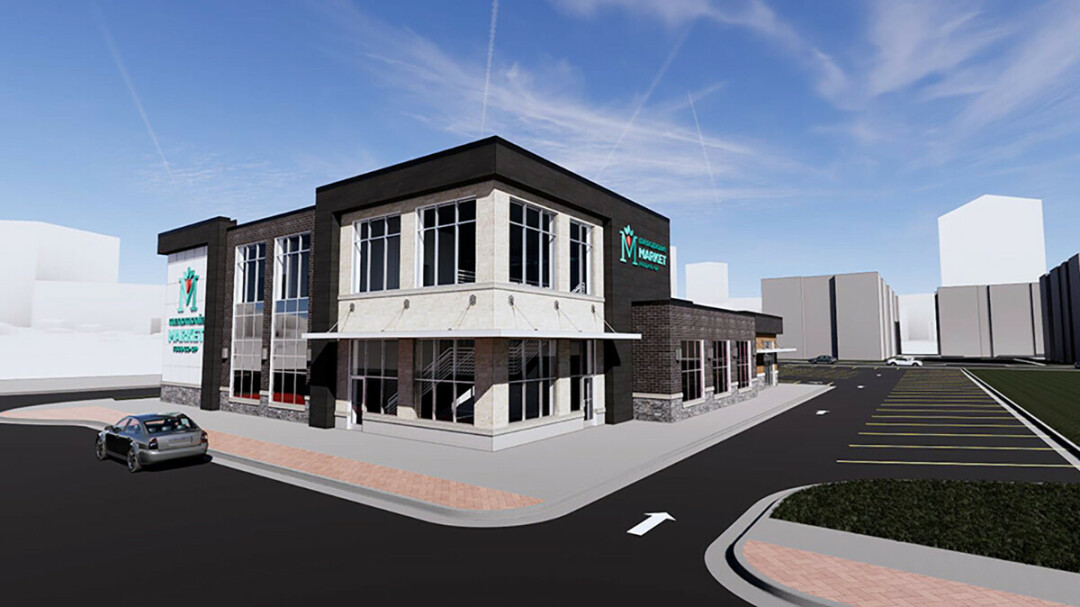 The purchase was approved Wednesday by the city’s Redevelopment Authority, which oversees urban renewal projects in the city. Aaron White, economic development manager for the City of Eau Claire, said the purchase price of the property was $400,000. However, as much of $300,000 of this will be forgiven if the grocery store operates at least 40 hours a week for the majority of the year, White said. In addition, he said, Menomonie Market Co-op is eligible for $400,000 in cash assistance from the RDA — half paid when they receive a building permit, half when the move into the new building — to help offset the cost of soil remediation. (In previous downtown projects, the poor quality of the soil has required either the replacement of soil or the installation of geopiers to strengthen foundations, White said.)

Menomonie Market Co-op has guaranteed that the property will have a valuation of at least $6 million when it is finished. The co-op says construction is expected to begin later this year, which completion slated for the fall of 2023. River Valley Architects is designing the building, and Market & Johnson is sourcing materials and creating a construction timeline.

The co-op is now asking members to invest in preferred shares to help fund the project, with the goal of raising $2 million. Read more about that effort here, and find out about the expansion project here.

In other action on Wednesday, the RDA voted to extend a memorandum of understanding with a developer who hopes to build a mixed residential/commercial structure on the north side of Block 7. That proposal, from developer Geoff Moeding, was first brought to the RDA in October. The 90-day extension gives Moeding and the city additional time to discuss the plans.

White said finalizing the deal has been a challenge because of economic factors, including rising inflation and the high costs of many building materials. In addition, the location of certain unmovable utility lines on the site have caused complications, he said.

However, the developer and the city still want to move forward, White said. “We feel comfortable that we can get a good project landed in there,” he said.