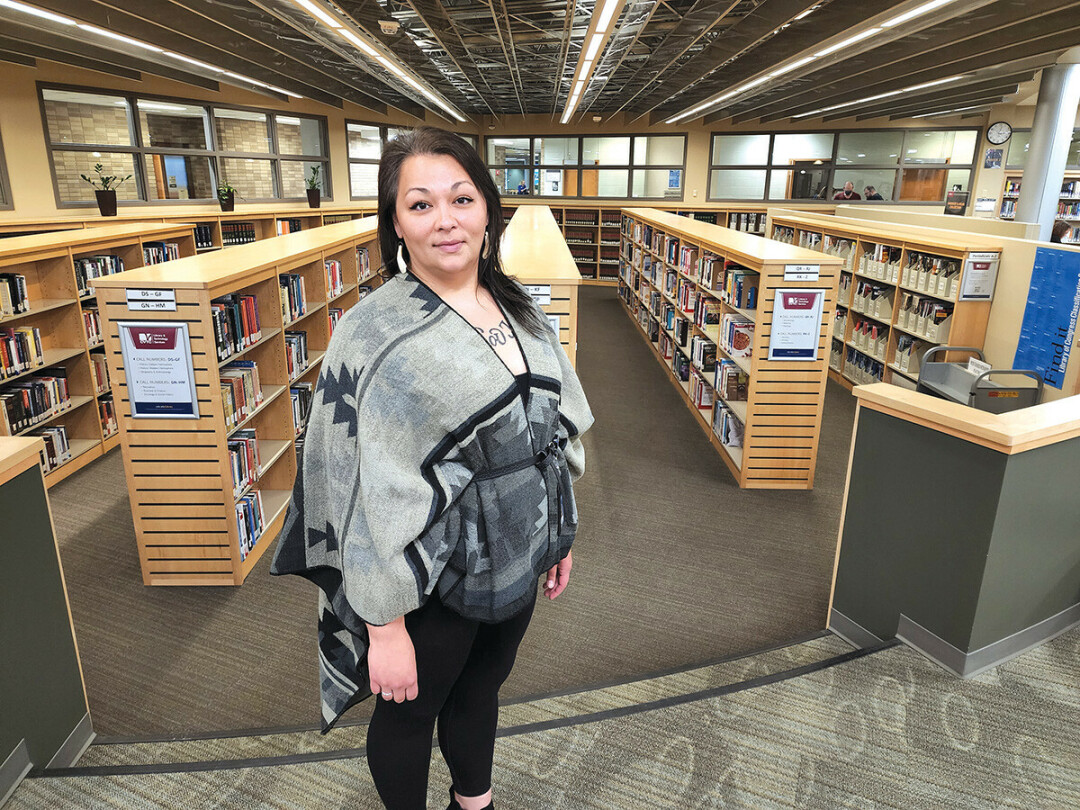 GROWING INTO LEADERSHIP. Erica Mitchell, 37, teaches Native American students in the Eau Claire Area School District about their heritage through a dedicated schools program – the same one she was a member of in high school. (Submitted photo)

When Erica Mitchell was a student at North High School, she was in the school district’s American Indian Education program. The coordinator helped students learn about their culture, make regalia for powwows, and learn other crafts from their heritage.

“The program is literally to help teach the Native American students in our district and keep them connected,” she said. “It was so helpful when I was younger. I know how much it helped me to be in the program. It strengthens the Native American community within the schools.”

Fast-forward 20 years, and Mitchell, now 37, leads the program. It’s something she never thought was possible, and without taking the right classes at Chippewa Valley Technical College, she doubts she would have had the skills to land the job.

It’s a safe space, and somewhere the kids can go to hang out and get to know each other. I have an opportunity to teach them what they didn’t know about themselves.

“If I hadn’t taken those classes at CVTC, I don’t know if I would have made it this far,” Mitchell said. “The Liberal Arts program for me was supposed to be a transition. I’m so glad I went this route.”

This job is a perfect fit for her. “It’s a labor of love, really,” she said.

“It’s a safe space, and somewhere the kids can go to hang out and get to know each other,” Mitchell said. “I have an opportunity to teach them what they didn’t know about themselves.”

It’s also an opportunity for her to connect with students and make sure they have the resources they need, and that the high school students are ready for graduation.

Michael Nickels, 39, CVTC mathematics instructor, taught Erica during the spring semester of 2021. He was impressed by her motivation.

“Early on in my class it was easy to tell that she had a passion towards her culture and heritage,” he said.

“It is no surprise to me that she was chosen to be the American Indian Education Coordinator for ECASD. She advocates for and supports the needs of American Indian students in the district.”

Nickels said throughout the class, she became a group leader.

“What amazed me about Erica was her ability to make almost instant connections between the concepts we talked about in our course and how they could be modified and applied to her current life,” he said.

Mitchell is pretty proud of herself, too.

“I’m glad that in all of the COVID business I kept my head down and kept going with school. I made it a priority,” she said. “I still can’t believe I work here doing what I do.”