City Moves to Pull Liquor Licenses from The Plus, The Metro

owner Benny Haas says pandemic knocked him back, but he still plans to re-open venues 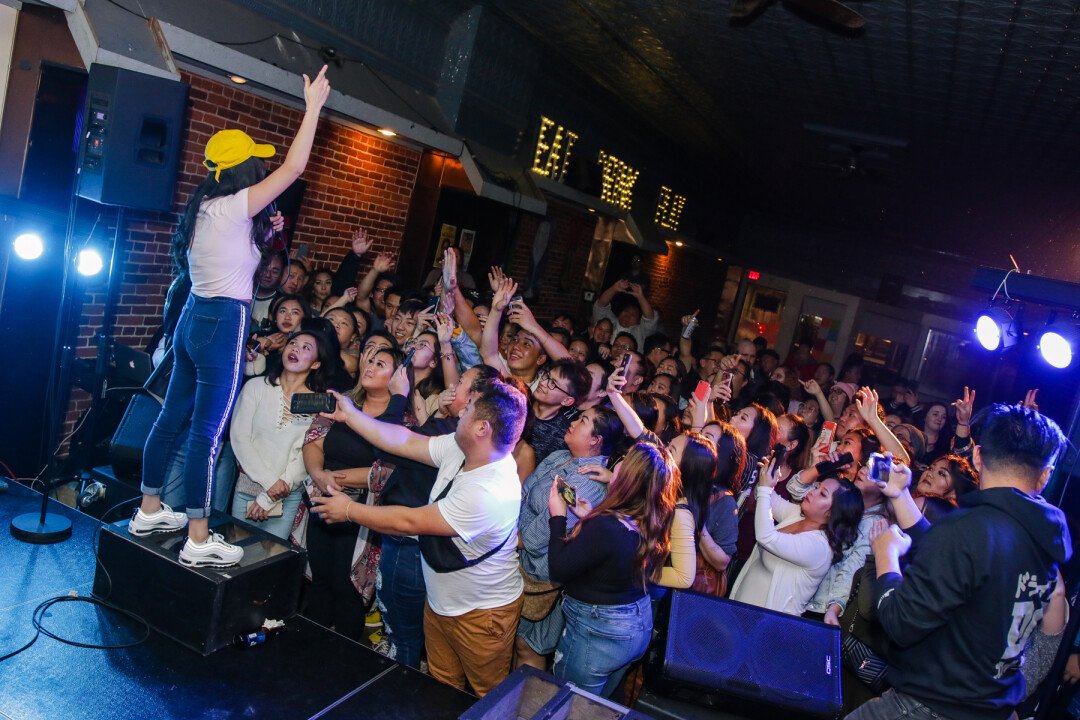 RAISING THE ROOF. Singer Ka Lia Universe performed at The Plus in downtown Eau Claire in November 2019, a few months before COVID-19 forced the venue, restaurant, and bar to close. (Photo by Andrea Paulseth)

City officials want to take away the liquor licenses from two downtown Eau Claire entertainment venues that have remained closed since the COVID-19 pandemic began.

But Benny Haas — who owns The Plus and The Metro — wants to retain the licenses and is willing to pay for them, saying he still intends to re-open the venues although several financial and logistical setbacks have kept him from doing so.

Haas has owned The Plus (208 S. Barstow St.), formerly known as Pizza Plus, for the past decade. Under his ownership, the pizza restaurant and bar grew to host a wide range of entertainment, from weekly comedy nights and open mics to performances by local and touring musicians. It also spawned two affiliated establishments, The Rev (a wine bar) and The Venue (on the Graham Avenue side of the building, in the former Bottle & Barrel).

In 2017, Haas opened The Metro (210 E. Lake St.), a music hall and event center in what had been the Boys & Girls Club. The Metro hosted everything from well-known touring musicians to wedding receptions.

In a May 4 memo to the Eau Claire City Council, the city attorney’s office contended that the liquor licenses for both establishments should be considered “abandoned” because “the businesses have been closed for extended periods of time beyond the 90 days permitted by city ordinance and failed to provide accurate plans for reopening.”

The City Council will vote on whether or not to renew the licenses at its meeting on Tuesday, May 10.

It seemed like whatever I said, it didn’t make a difference. They’d already made up their mind a long time ago.

OWNER, THE PLUS AND THE METRO, ON WORKING WITH THE CITY 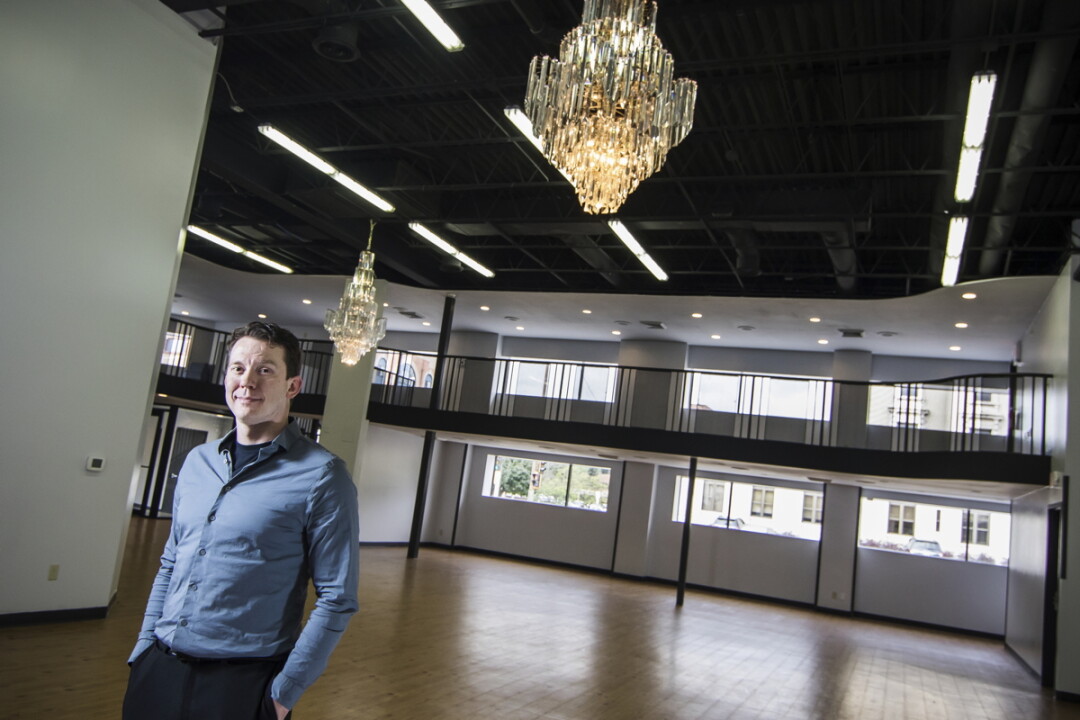 EARLY DAYS. Benny Haas inside The Metro in 2017. (Photo by Andrea Paulseth)

Haas contends he’s tried to work with the city to keep them updated on the status of his venues, but that he feels “just kind of stabbed in the heart.”

“It seemed like whatever I said, it didn’t make a difference,” he said of working with city officials to work toward reopening. “They’d already made up their mind a long time ago.”

Like countless venue owners worldwide, Haas was knocked on his heels by COVID-19 in March 2020. The pandemic compounded his bad luck: A kitchen fire had forced The Metro to close the previous month, and Haas was already facing more than $1 million in fire-related losses. Amid the pandemic, repairs and renovations proceeded in fits and starts at The Metro. Haas said problems with contractors (including one that has prompted pending legal action) and supply-chain snafus have stood between him and reopening the venue.

To make way for the repairs, tables, chairs, and other equipment — much of it smoke-damaged but not covered by insurance — were relocated from The Metro to The Plus for storage. Meanwhile, Haas said he took the COVID-induced closure as an opportunity to undertake renovations at The Plus, including new flooring and bathrooms.

Haas said that The Rev, which operates under the same liquor license as The Plus, has been open periodically for private and public events, including during the recent Eau Claire Jazz Crawl. Because the license has been in use, he contends, the city shouldn’t consider it “abandoned.” 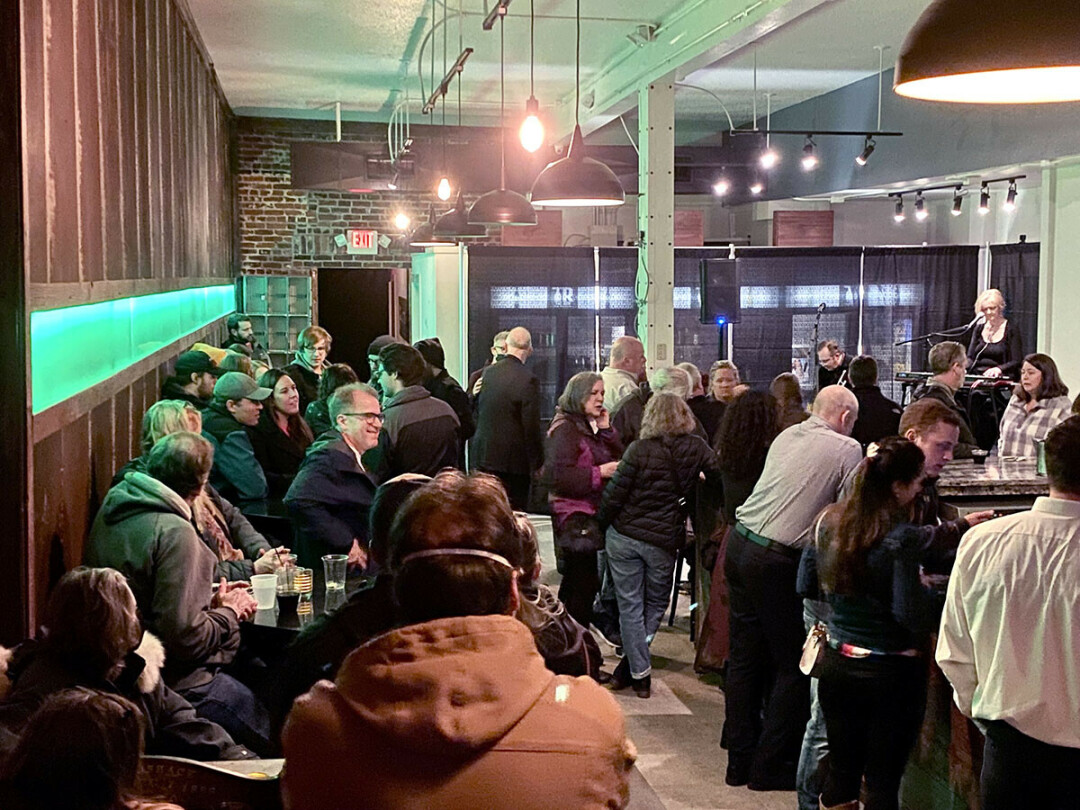 The Rev hosted musicians and patrons during the Eau Claire Jazz Crawl in April. (Photo by Nick Meyer)

However, in a memo to the City Council, Assistant City Attorney Jenessa Stromberger said The Rev wasn’t opened during its posted hours: 10am-noon Mondays.

Stromberger also wrote that in April city inspectors “noted extensive work remained prior to reopening” at The Metro, adding that the venue “has provided no plan for reopening and when asked, has provided inaccurate information with respect to the reopening.”

The memo noted that all city businesses with liquor licenses – whether they were still closed because of the pandemic or not – were recommended for license renewal in the spring of 2021. “All businesses that were closed at license renewal time in spring 2021 have long since reopened, with the noted exception of The Metro and The Plus/The Rev,” the memo stated.

Haas, who plans to address the City Council on Tuesday, hopes they are willing to give his businesses more time to get back on their feet. 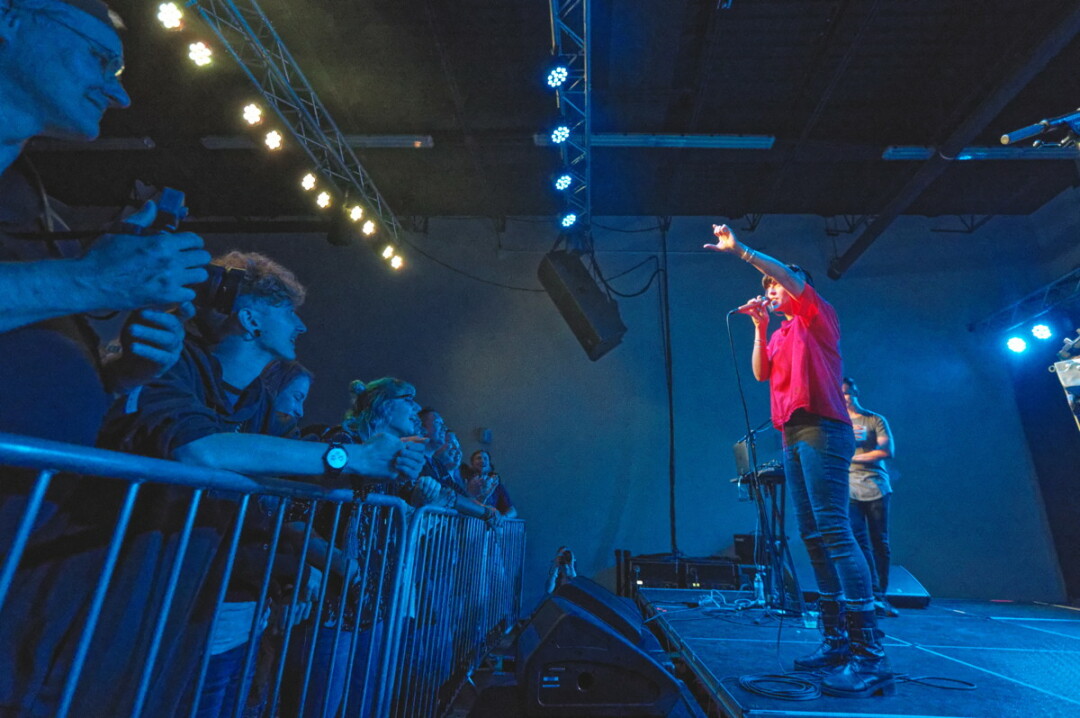 Singer/rapper Dessa performed at The Metro in September 2019. (Photo by Luong Huynh)

“We’re doing everything in our powers” to open The Plus by summer, Haas said, but he’s reluctant to offer a date. “It always seems as soon as we say something, a code compliance issue comes up, or that new dishwasher you want is on back stock for another four months,” he said, expressing his own frustration at the delay.

As for The Metro, Haas said he’s fielded inquiries from people who want to hold wedding receptions there and he’s “confident” it will be available for use in late 2022 or early 2023. However, he worries that after all the work he’s put in, “It all kind of hangs in the balance … if they (the city) pull the rug out from underneath you.”

Without liquor licenses, the venues will certainly simply sit empty for even longer, he added.

Ultimately, Haas hopes the City Council gives him the benefit of the doubt because of his venues’ long involvement in “the arts and cultural scene that Eau Claire has bragged about.”

“What we've done in the last 10 years or 20 years, I think it almost speaks for itself,” Haas said. “We’ve helped rejuvenate downtown.”