downtown venue will host the event Tuesdays starting May 17, including performances by local musicians, comedians, and more 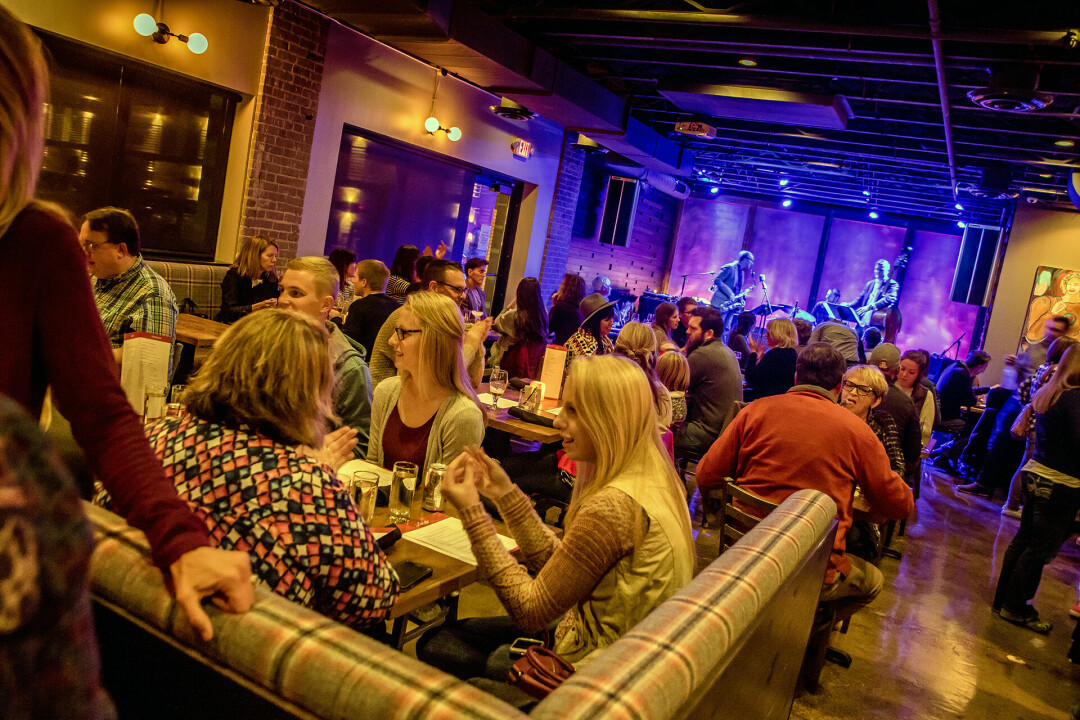 A NEW START. This will be the first time The Lakely has hosted a regular open mic night on its stage, and the first time Clear Water Comedy has been able to put on their event since the onset of the pandemic.

After more than two years, one of Chippewa Valley’s favorite open mics is back in a new setting.

The Clear Water Comedy Open Mic Night hosted by Cullen Ryan is back after shutting down due to the COVID-19 pandemic, and will now be calling The Lakely in downtown Eau Claire home. The popular open stage for local performers took place at The Plus previously but has moved due to the prolonged closure of that business. Ryan said restarting the open mic night is important to him and his fellow organizers, as it helps give a platform to local artists who might not have had one previously.

“I miss seeing new performers,” Ryan said. “I’ve missed the camaraderie and community that the arts create. When people get together and they make stuff, it’s a beautiful thing. This community has so much talent and so many people that want to be a part of that. You have to start somewhere, so this is a great way for performers to get in front of an audience and connect with like-minded people.”

Starting May 17, the open mic night will take place every Tuesday night on The Lakely Stage with a rotating cast of guest hosts. Sign-ups begin at 8pm with the show starting at 8:30pm. All genres of performers are welcome, including – but not limited to – musicians, spoken word, stand-up comedy, magic, and more. Each musical performer is given two songs, and all other performers are given five minutes for their acts.