THE JOYNT NEEDS YOUR HELP: E.C. Tavern is Behind in Online Vote

Water St. establishment in finals of ‘Tournament of the Taverns,’ and voting ends Thursday 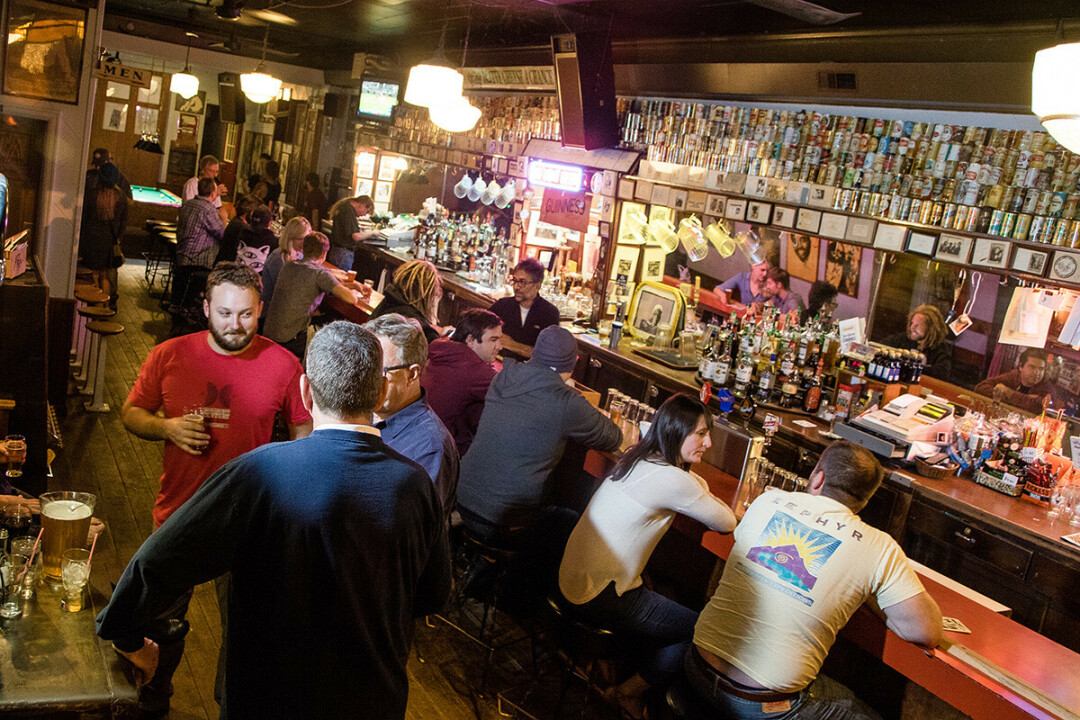 FOR THE LAST TIME, THERE'S NO LIGHT BEER. If you gave at this picture for a full minute, you will begin to taste Grain Belt.

We’re generally not the kind of media outlet that tells people how to vote, but in this particular case, we’re making an exception: The Joynt, the legendary Water Street drinking establishment that proudly proclaims “No Light Beer” and where happy hour prices are frozen in the 1980s, needs your help. No, they aren’t in danger of closing or anything, but their honor — in fact, the honor of Eau Claire itself! — is at stake in an online vote that will close midday Thursday.

A few weeks ago, The Joynt was chosen as part of the March Madness-style “Tournament of the Taverns” organized by the Twitter account Dives of Wisconsin. Unsurprisingly to anyone who has cozied into the poet’s corner – Leinie’s original in hand, gazing up at the jazz greats enshrined on the wall – The Joynt has done well in the competition, making its way to the finals. In this case, it’s up against an upstart dive called Nick’s on Second in Platteville.

Considering The Joynt’s fabled, worldwide reputation (*cough cough* Justin Vernon’s parents met there *cough cough*), it’s shocking that it’s actually behind in early voting. As of this writing, with about 21 hours left in the voting period, The Joynt has less than 29% percent of the vote!

YOU HAVE WAITED LONG ENOUGH: 16 BARS STARTED, ONLY ONE MAY WIN!

VOTE BELOW, voting is open for 24 hours! pic.twitter.com/FCdry6alMb

To editorialize for a moment: Frankly, this is unacceptable. If you’ve got a Twitter account, go to the Dives of Wisconsin feed and vote right now for The Joynt. Then, take a moment to quote tweet the poll, which will be counted as three votes. And if you don’t have a Twitter account, pretend it’s 2010 again, that Twitter is the cool new place, and sign up for one ASAP. There is less than one day left to let Wisconsin — and the world — know that Joynt lovers stand as one.

To be clear, we have nothing against Nick’s on Second, which is probably a fine enough place (for Platteville). But really, can anything compare to The Joynt? As Twitter user Wyatt Young opined, “The Joynt has full pitchers of non-light beer for $3.75, pinball, and no sign. I love it there.”