THE VOTE IS ON: E.C. Residents Can Pick Public Projects in Unique Vote

DECISIONS, DECISIONS. The Empower Eau Claire program will allow residents to decide which proposed public projects will get city funding. Among the 14 proposals are (clockwise from left) speed-reducing solar-powered signs, an artificial turf kato and volleyball court, equipment storage space at Pinehurst Park, and wheelchair-accessible play equipment at Boyd Park.

After April 5 did you think you were done with elections for the spring? Well, you thought wrong.

Eau Claire residents will go back to the polls for the second time this month, starting April 26. This time they won’t be casting ballots for City Council or school board, but for their favorites in a brand-new program called Empower Eau Claire, a participatory budgeting process that will help determine how some of the city’s funds are spent.

“This has never been done this way before,” said Ned Noel, a senior planner for the City of Eau Claire. “They actually get to see a list of capital projects and they get to actually influence what gets built in the community.”

The Eau Claire City Council set aside $300,000 for the first year of Empower Eau Claire, the first program of its kind in Wisconsin. The program officially kicked off in late 2021, and about 100 ideas large and small were gathered from the public. The ideas had to be for tangible assets (think park benches or canoe launches) rather than staffing or programs, and they had to benefit – and be accessible by – public.

For the past few months, volunteers and city staffers have been working to shape these suggestions – which range in subject from public safety to park facilities to the arts – into a menu of affordable, feasible proposals. Between April 26 and May 13, all Eau Claire residents from sixth grade on up will be able to examine a list of about 14 potential projects and choose their top five.

And “all Eau Claire residents” really does mean all of them: Not only are middle and high school students invited to take part, but so are noncitizens and temporary residents. Empower Eau Claire has also made efforts to engage members of the Hmong and Hispanic communities, as well as marginalized groups such as jail inmates and those who are homeless.

This is very much a democratic process from beginning to end.

The menu of potential projects was announced by the city on April 19. It includes everything from wayfinding signs on bike trails to a stairway to Dell’s Pond to the creational of a cultural trail to highlight Hmong and Latino culture and achievement. You can preview the entire list of projects online here.

There will be several options for voting. In-person voting will be at the L.E. Phillips Memorial Public Library’s temporary location, 2725 Mall Drive, during regular business hours between April 26 and May 13, as well as at the L.E. Phillips Senior Center, 1616 Bellinger St., from 7am-7pm on May 7. Online voting will be available anytime between April 26 and May 13.

Once votes are tabulated, the public’s favorite projects will receive their share of the funding until the $300,000 is spent. The exact number of projects funded will depend on the cost of the individual projects, which range from $6,500 to $126,000.

Michelle Harris of Eau Claire has been volunteering as a project advocate with Empower Eau Claire for the past few months. In that role, she’s helped winnow 32 ideas in the safety and public health categories down to four proposals.

“This is very much a democratic process from beginning to end,” Harris said. The process has given volunteers like Harris a peek inside how projects become a reality in the city, and it will give ordinary people a voice in public spending.

The message of Empower Eau Claire, Harris said, is that the public “can be a part of the process. Their ideas are important, and the city not only wants to include them but has made a way to include them with this program.”

Noel said the results of the voting will be known shortly after the voting period ends, and the final list of projects will go to the City Council for confirmation on May 24. After that, the city will get to work on necessary contracts to make the winning projects a reality – which in some cases might happen before the year is out.

Learn more about Empower Eau Claire and the voting process at www.eauclairewi.gov/empower.

In-person: Residents will be able to vote in person at the L.E. Phillips Memorial Public Library’s temporary location, 2725 Mall Drive, during regular business hours between April 26 and May 13. There will also be a one-day voting event, from 7am-7pm, on Saturday, May 7, at the L.E. Phillips Senior Center, 1616 Bellinger St.

Online: Online voting will be available anytime between April 26 and May 13.

So What’s on the Ballot?

Here Are All the Projects that Empower Eau Claire Might Fund: 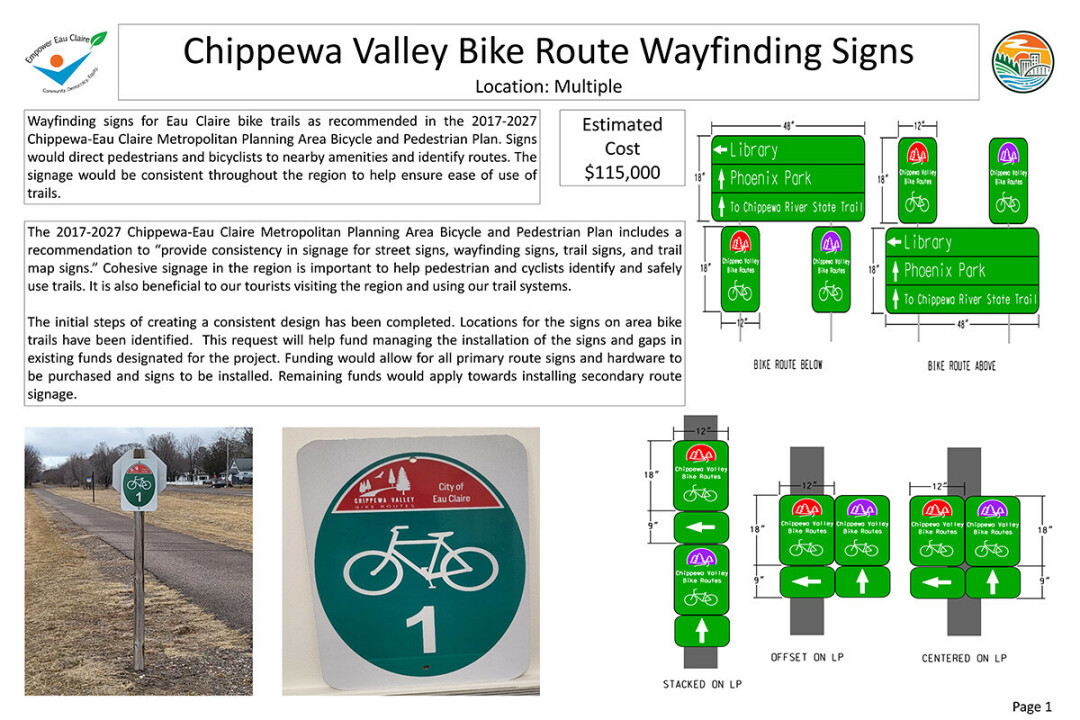 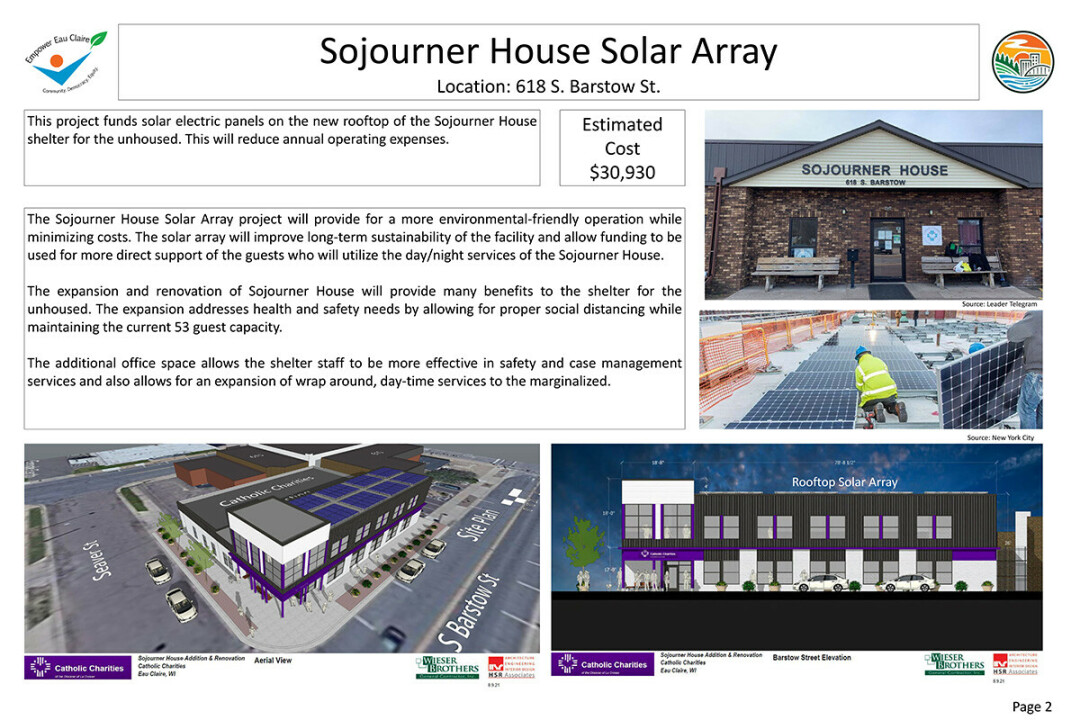 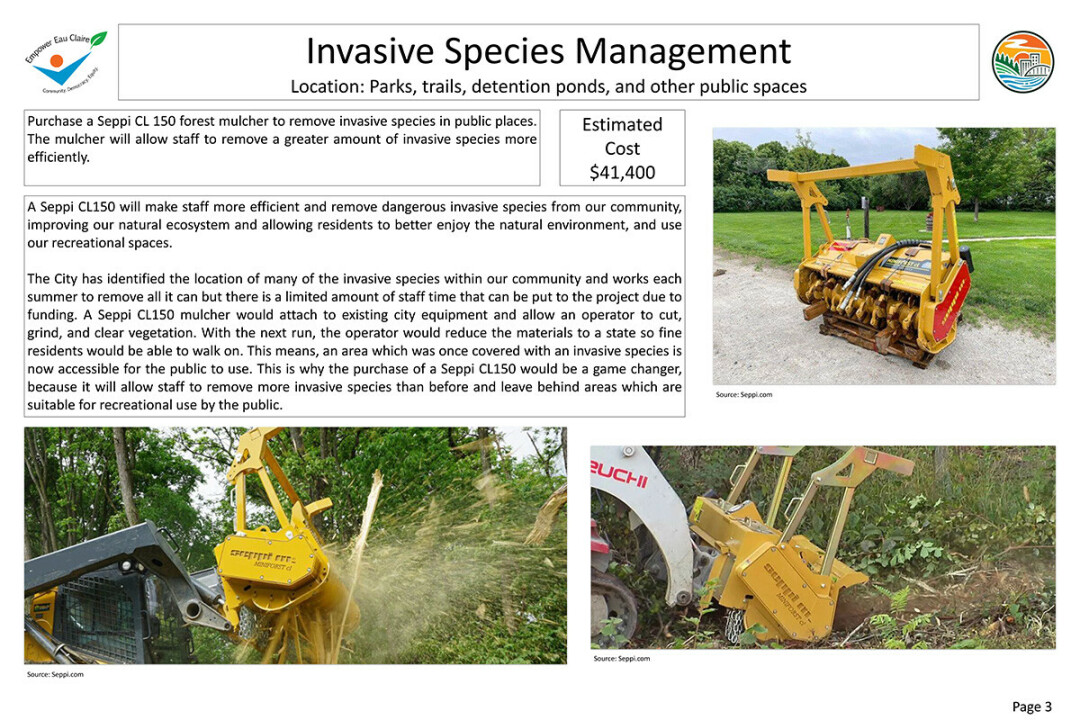 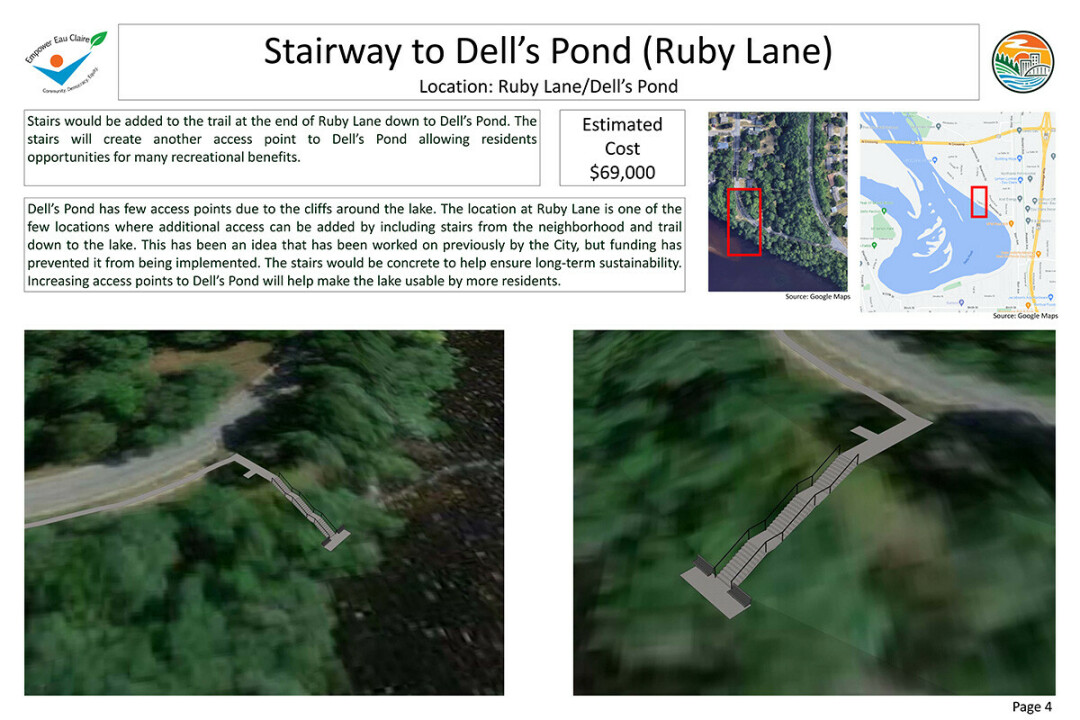 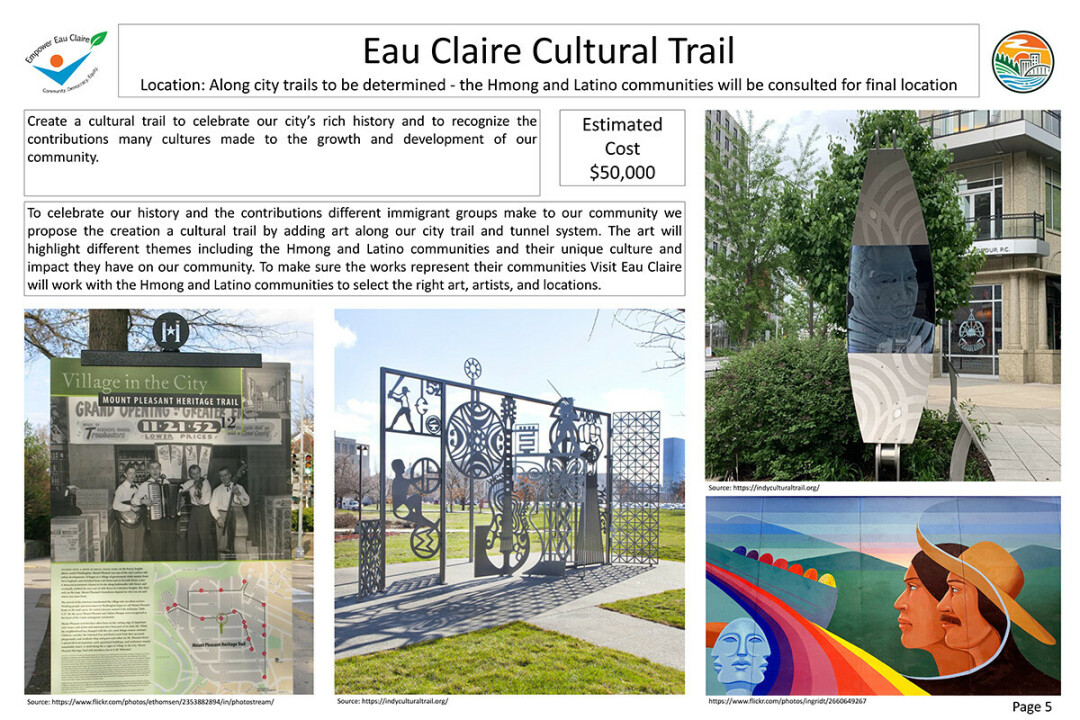 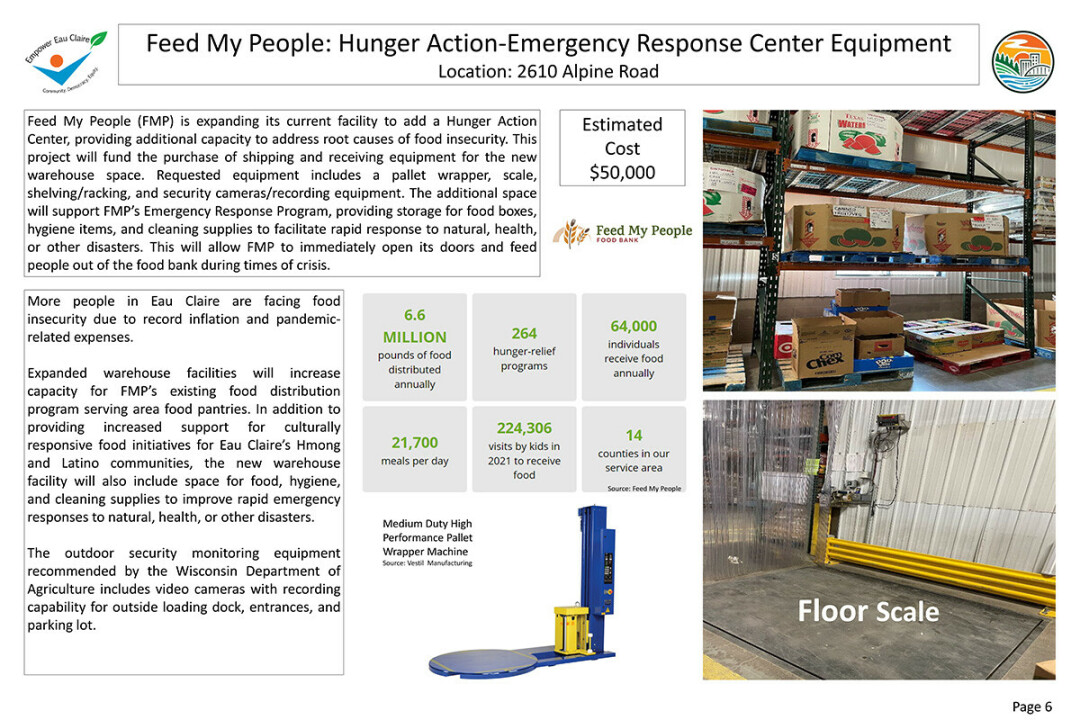 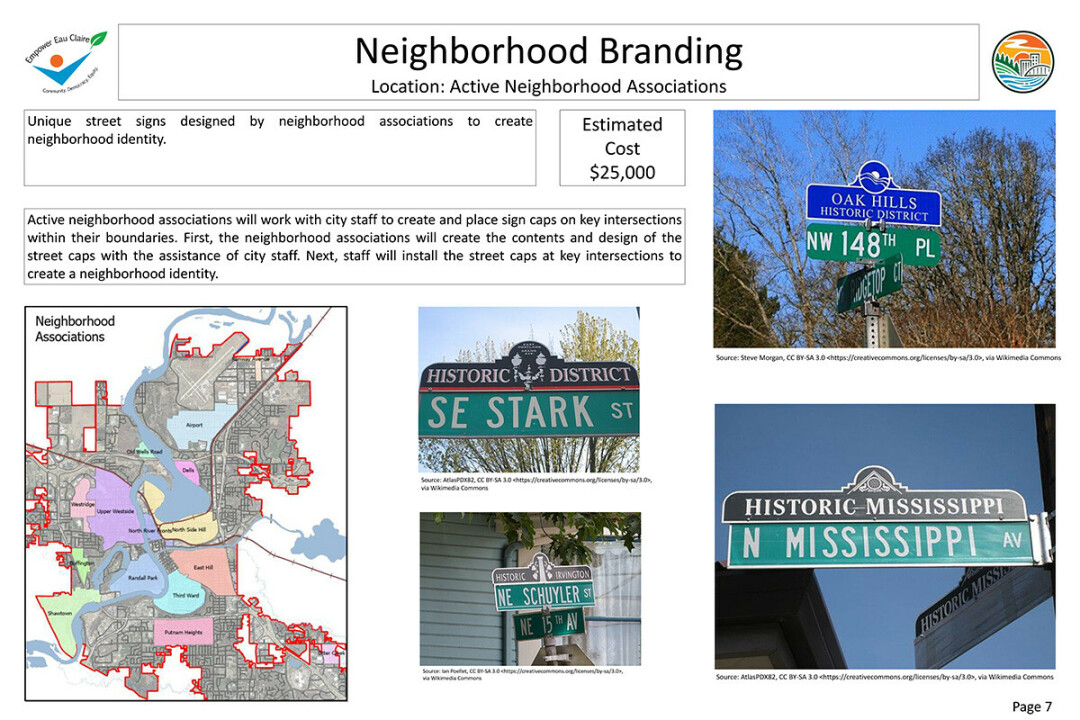 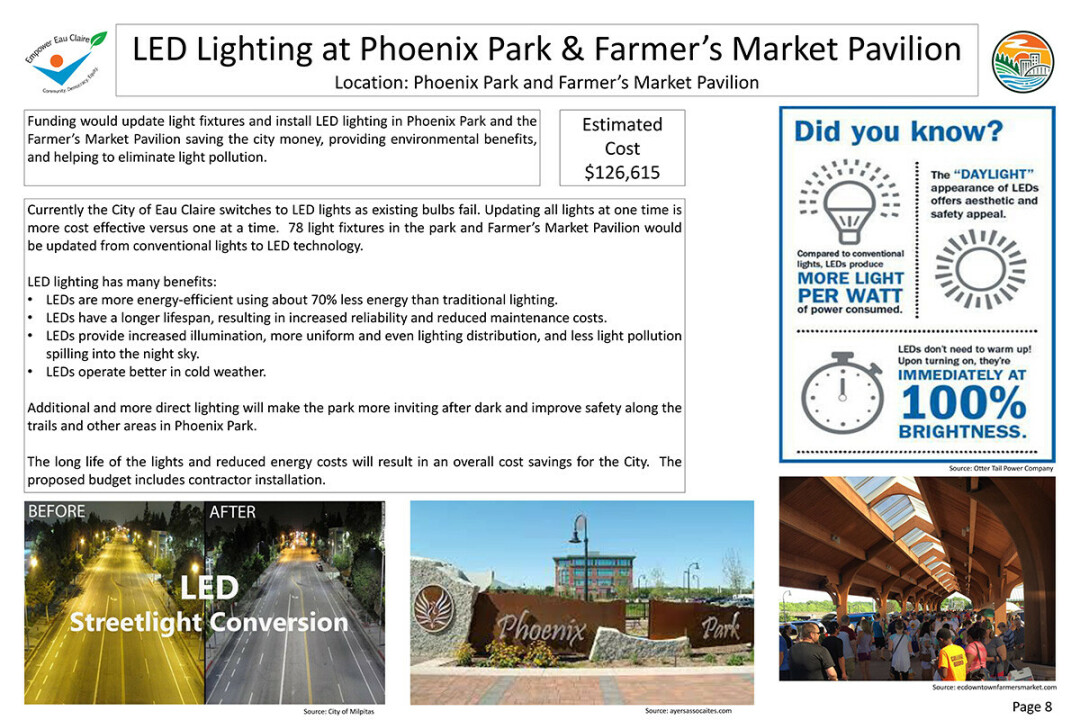 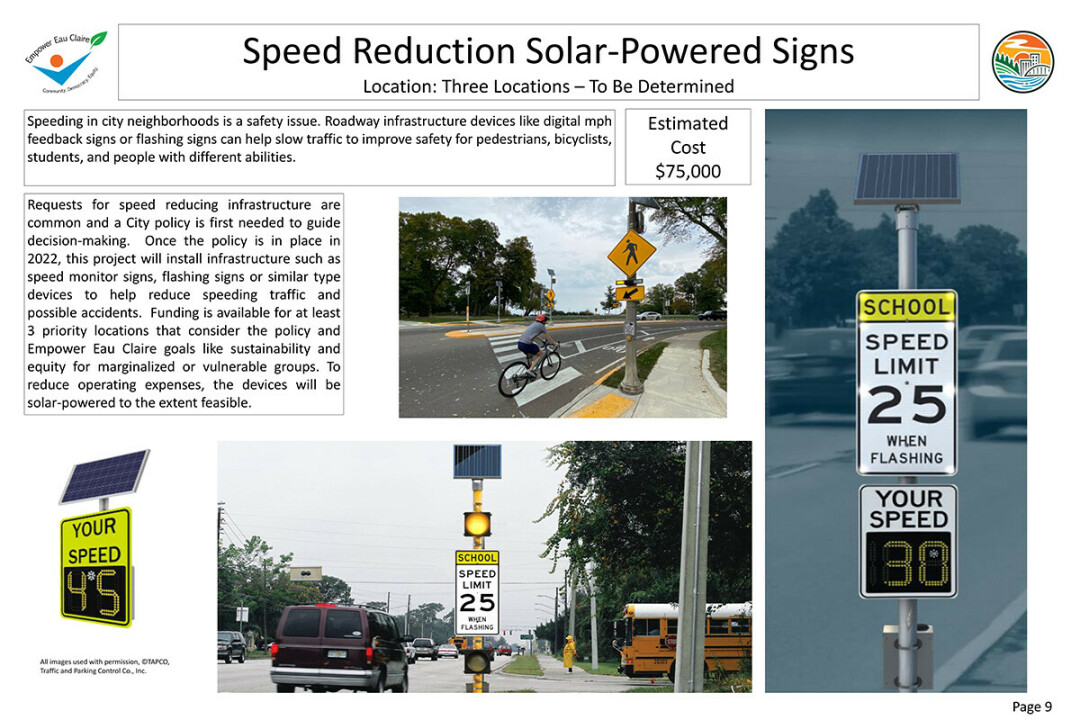 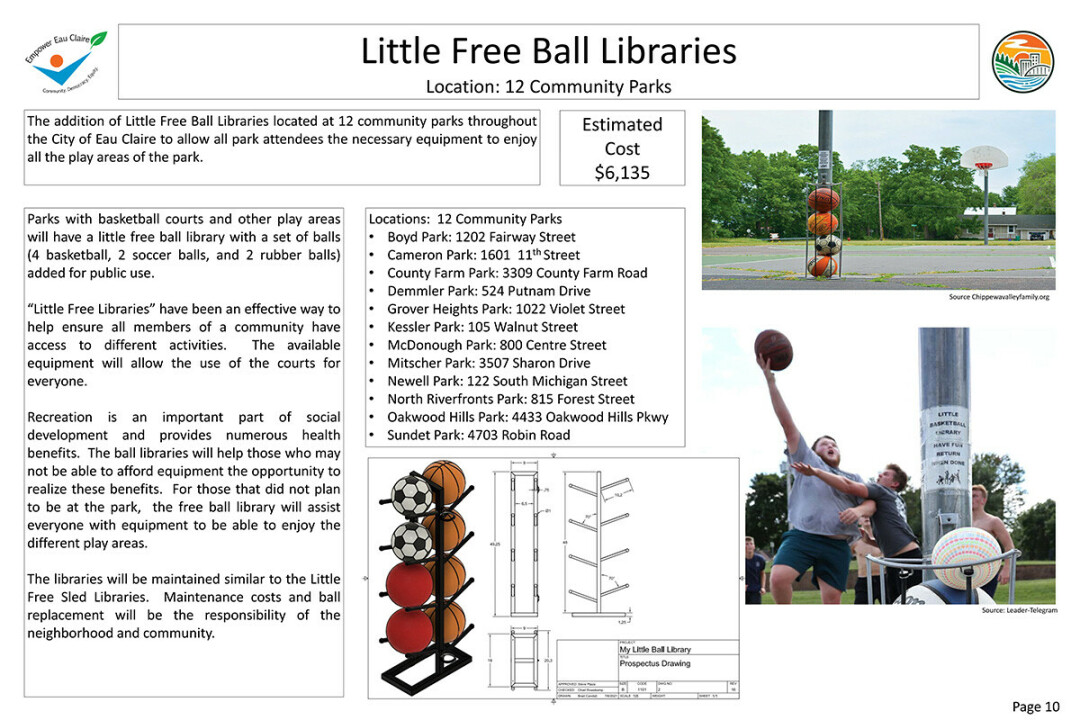 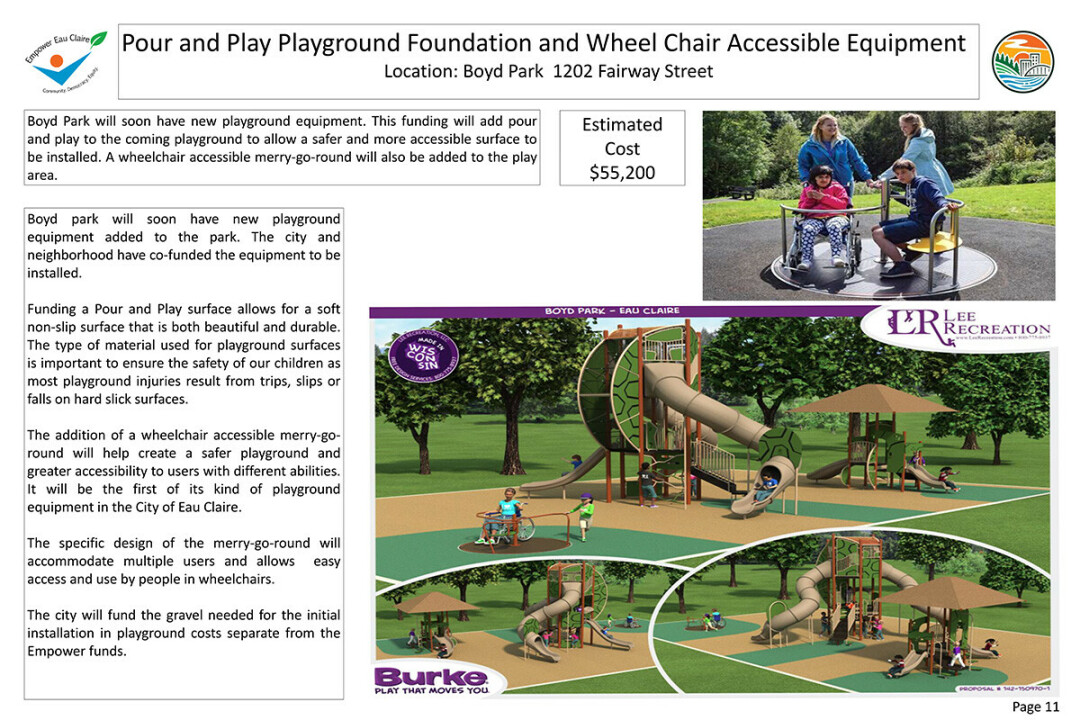 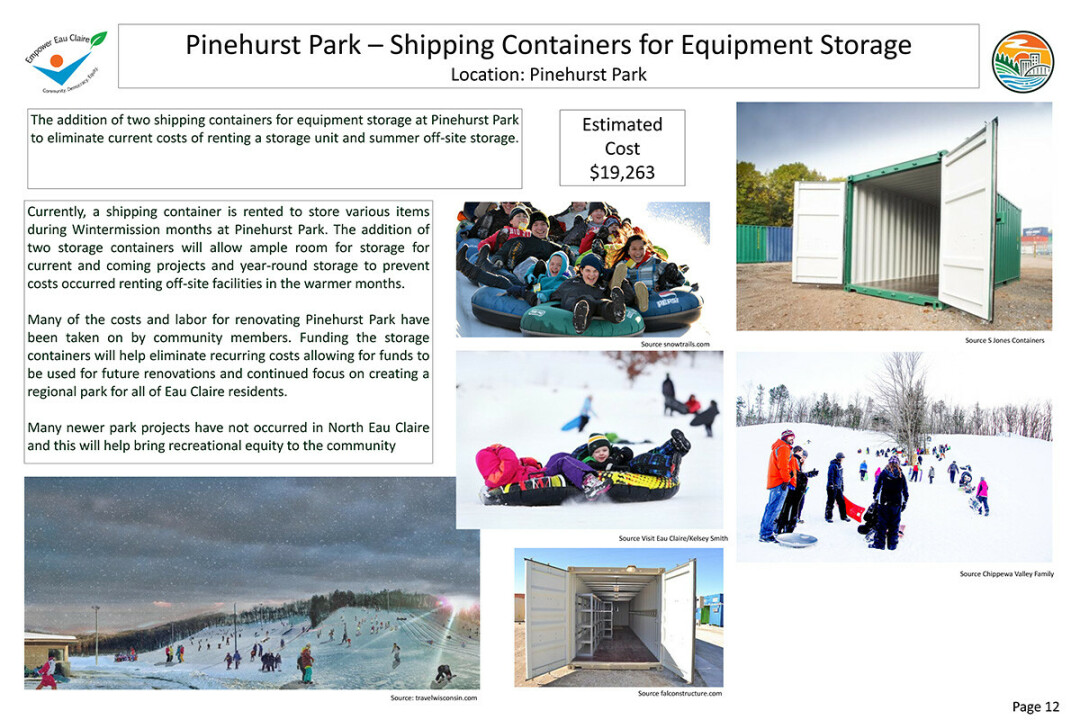 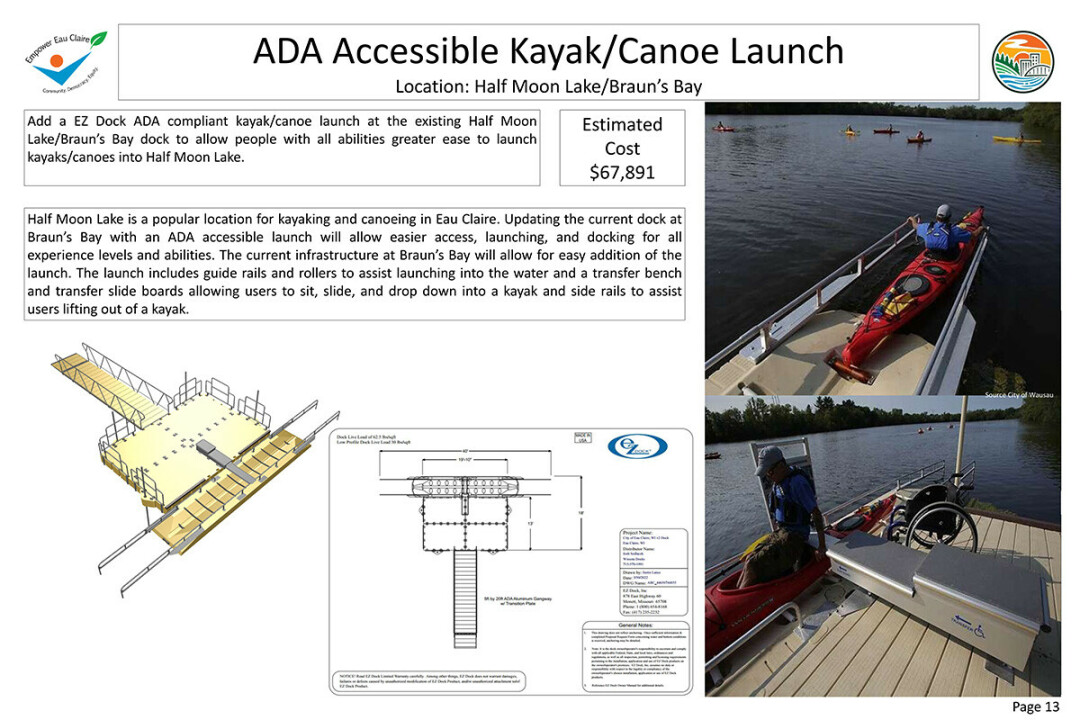 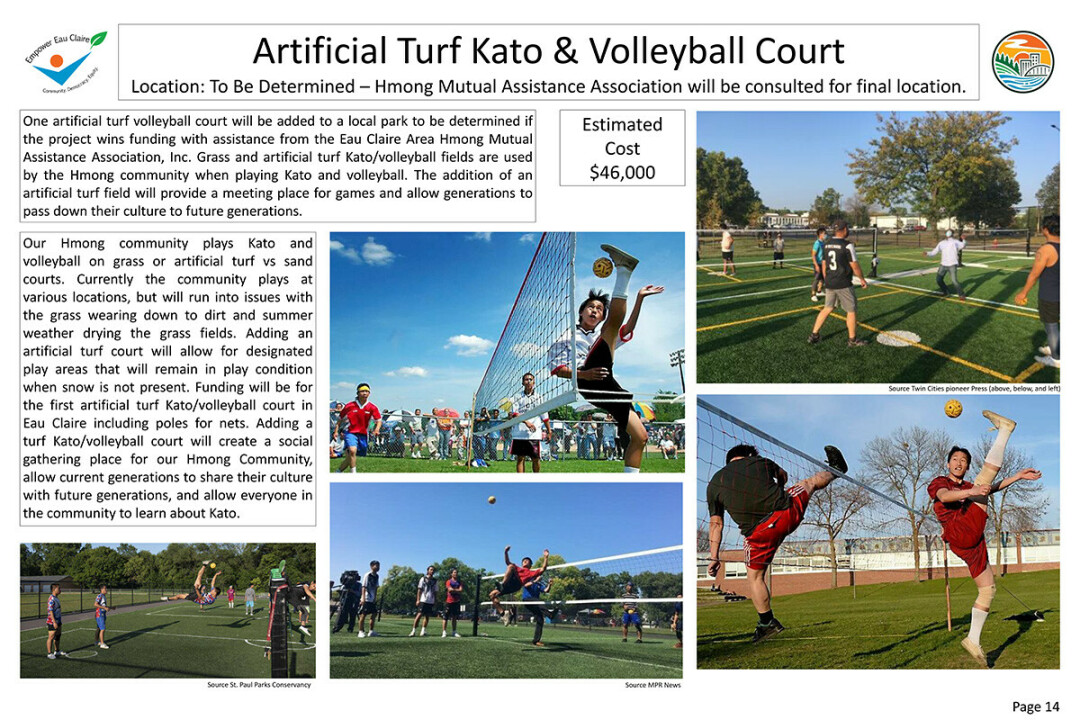