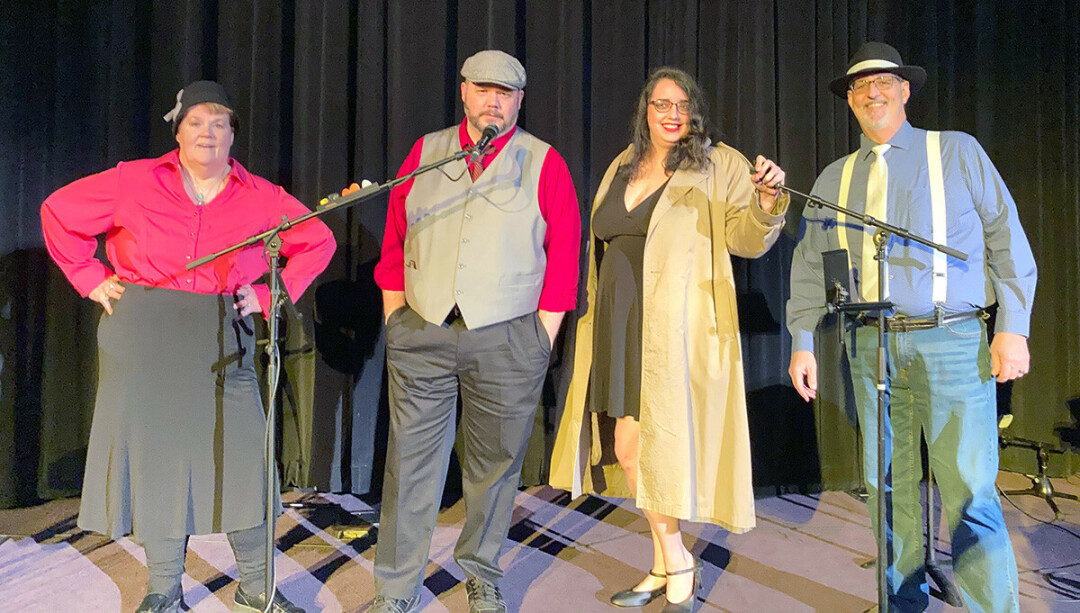 Set as a jazz-age radio drama, Sam Shovel parodies the tropes of film noir and radio dramas, both of which the couple love.  Detectives in the audience might note the name, “Sam Shovel,” as a nod to Sam Spade, protagonist of The Maltese Falcon.

“We are very used to parody, a whole section of our business is just focused on parodies,” Jim Jeffries said.  “If you look at crime novels, they use a lot of similes that are just pretty hilarious, so we took those even further.  You know, a dark, gritty city.  Murder.”

Although set as a radio drama, the show will be performed live.  The playwrights noted that this format gives actors a bit more freedom and relaxation because they’re able to hold scripts.  Although they aren’t stage acting in a traditional way, Jim said the actors still give it their all. 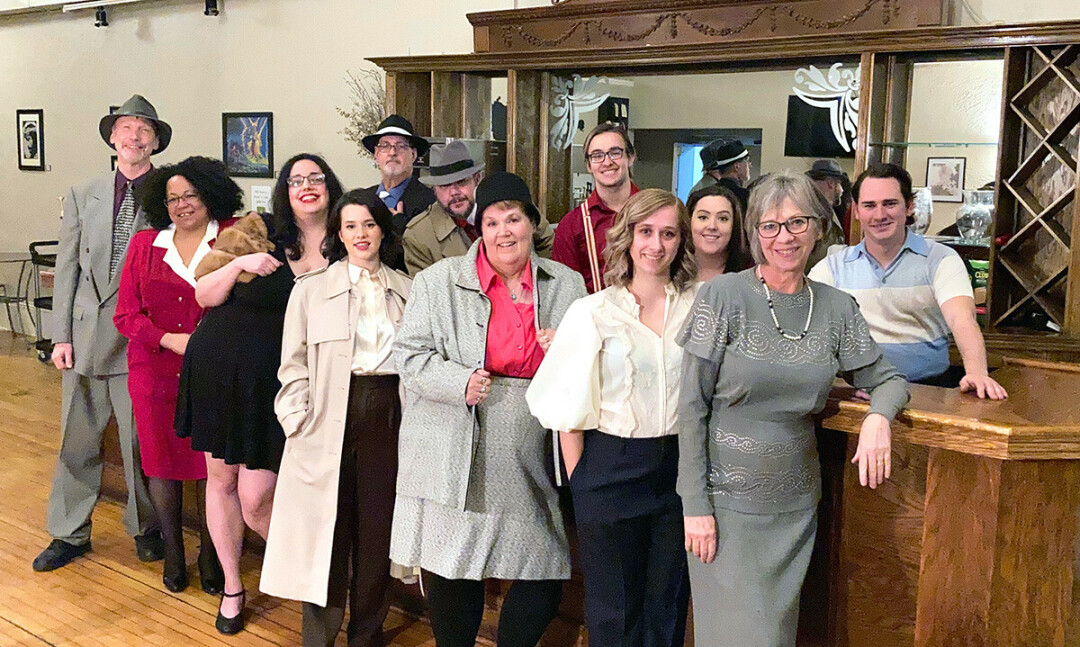 Jim and Jane said they used to regularly listen to public radio’s reruns of old radio dramas, and wanted to bring that same joy to modern audiences with Sam Shovel. One of their favorite parts of the play are the period-accurate commercials.  Taking breaks in the “drama,” actors will present commercials for unbelievable products from the time.

“Before the Food and Drug Administration came along, milk was sold with formaldehyde in it, standard, to kill all the germs,” Jeffries said. “Toothpaste that actually had hydrochloric acid. They’re commercials that are funny to us today, but were real things back then.”

Crew members found these commercials hilarious, Jane said, commenting on the couple’s “morbid” sense of humor, but all the products were real.

So far, Jim said, rehearsals have been full of the crew and actor’s laughter, which is a promising sign for a good show.

“I can’t tell you how much the actors really bring the script to life,” he said. “They’re incredible with their comic timing. We’ve had great rehearsals so far. Just hilarious.”

Sam Shovel, Private Eye will be performed Tuesday and Wednesday, April 19-20, at 7pm on the stage at Valleybrook Church, 412 S. Barstow St., Eau Claire. A suggested donation of $10 at the door will benefit charity. For more information about Jane and Jim Jeffries, visit jestscripts.com