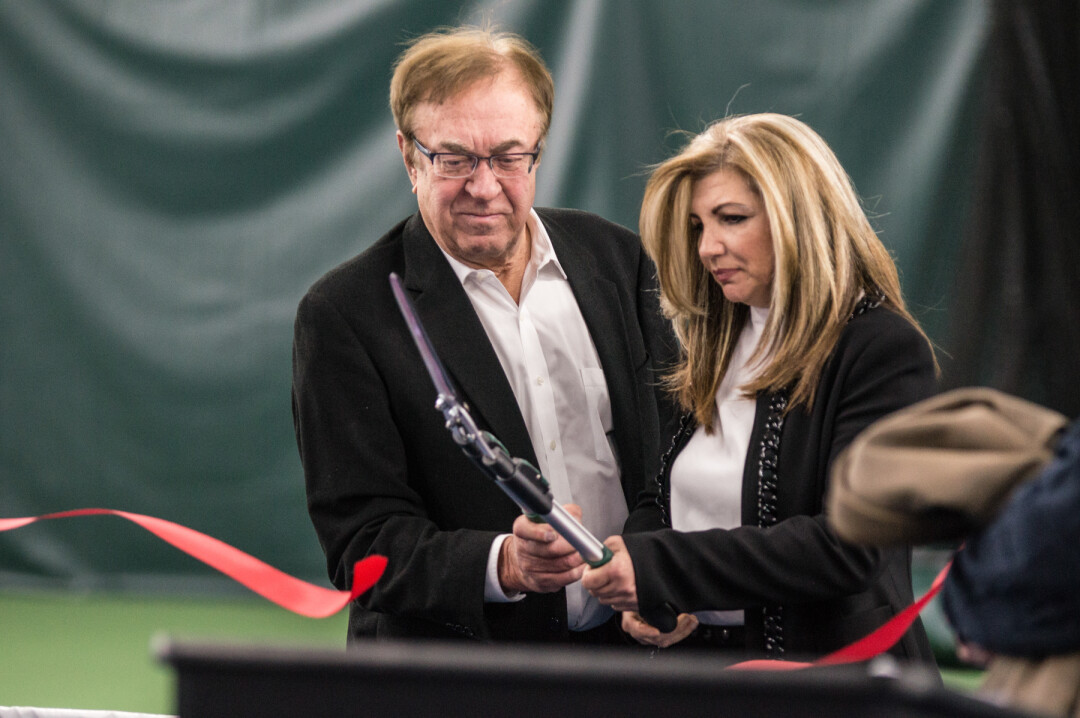 BIG WEALTH, BIG GIFT. John Menard and his wife, Faye, cut the ribbon at the YMCA's Menard Tennis Center in 2018. They donated $10 million to build the center.

The past couple of years have been pretty good for John Menard’s net worth, according to the wealth watchers at Forbes magazine. On its just-published World’s Billionaires List, Forbes placed the home improvement chain founder at No. 104 among the wealthiest people on the planet. That’s not Elon Musk or Jeff Bezos money, but it does put the 82-year-old Eau Claire billionaire in elite company: With an estimated net worth of $16.6 billion, that’s just a bit richer than notable investor/corporate raider Carl Icahn ($16.5 billion) and brothers Hank and Doug Meijer ($16.5 billion), who control the Meijer supermarket chain.

The magazine ranks Menard as the 39th richest person in the United States and the wealthiest in Wisconsin. No. 1 in the nation and the world is Elon Musk, who is worth an astonishing $219 billion.

The number of billionaires has actually declined in the past year, Forbes says, and war, the pandemic, and weak markets are likely to blame. However, Menard is among the 40% of billionaires who have gotten richer in the past year. As recently as 2020, Forbes estimated Menard’s fortune at $11.5 billion, meaning it has grown by 44% in the past two years. He was ranked 145th on last year’s list, and 110th in 2020.

According to the magazine, the more than 300 Menards stores nationwide had $11.8 billion in revenue last year.

How can we get our heads around Menard’s massive wealth? Here’s a little context: