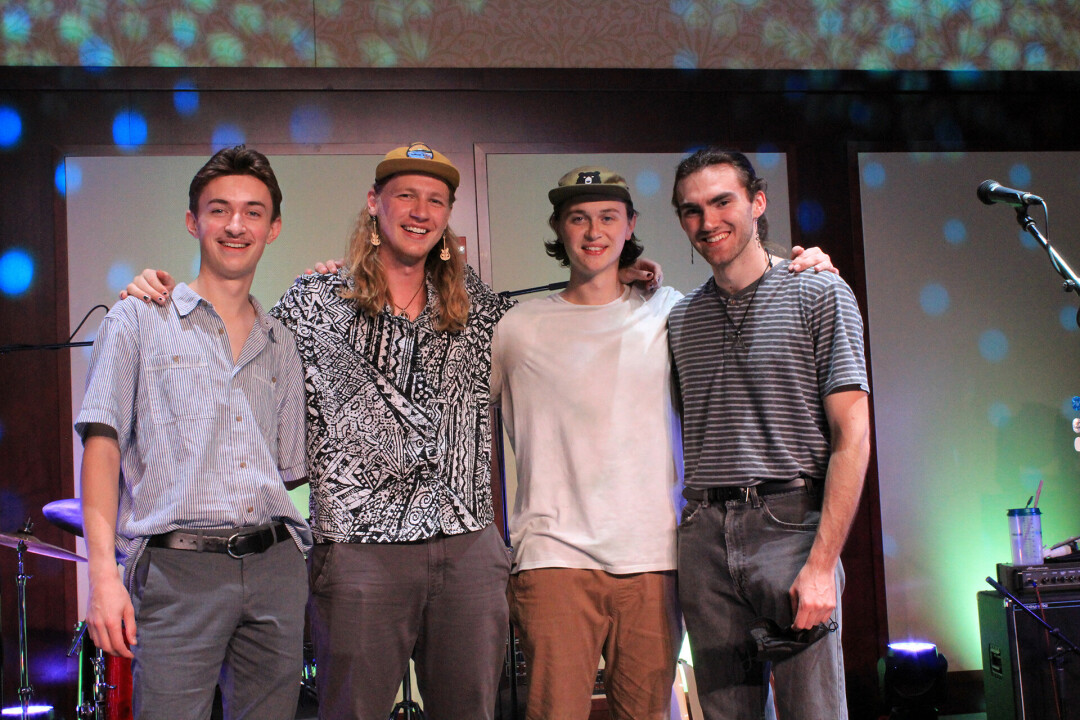 MOVING ON UP. Many of the members of Sad House Guest are set to graduate from UW-Eau Claire soon, inspiring the band to commit themselves even more to the project. (Submitted photo)

A band of college students is transitioning their goals out of the dorms and out into the real musical world.

Sad House Guest is a four-piece indie rock band based out of Eau Claire, which has made a name for itself the past few years through inventive live shows and playful lyrics. The band released its latest EP, Electric Veins, on April 8, another five-song record full of indie-rock goodness. The album is lyrically slightly darker than their 2021 effort Bugs In My Brain but still manages to encapsulate a sense of youthful energy simmering underneath the surface.

“We tried to put ourselves out there a bit more on this record,” Lead Singer Samuel Stein said. “A lot of the songs this time around revolve around mental health. The title Electric Veins plays into that because it means that you feel like you’re breaking everything you touch and an unsettling feeling is exploding throughout your body.” 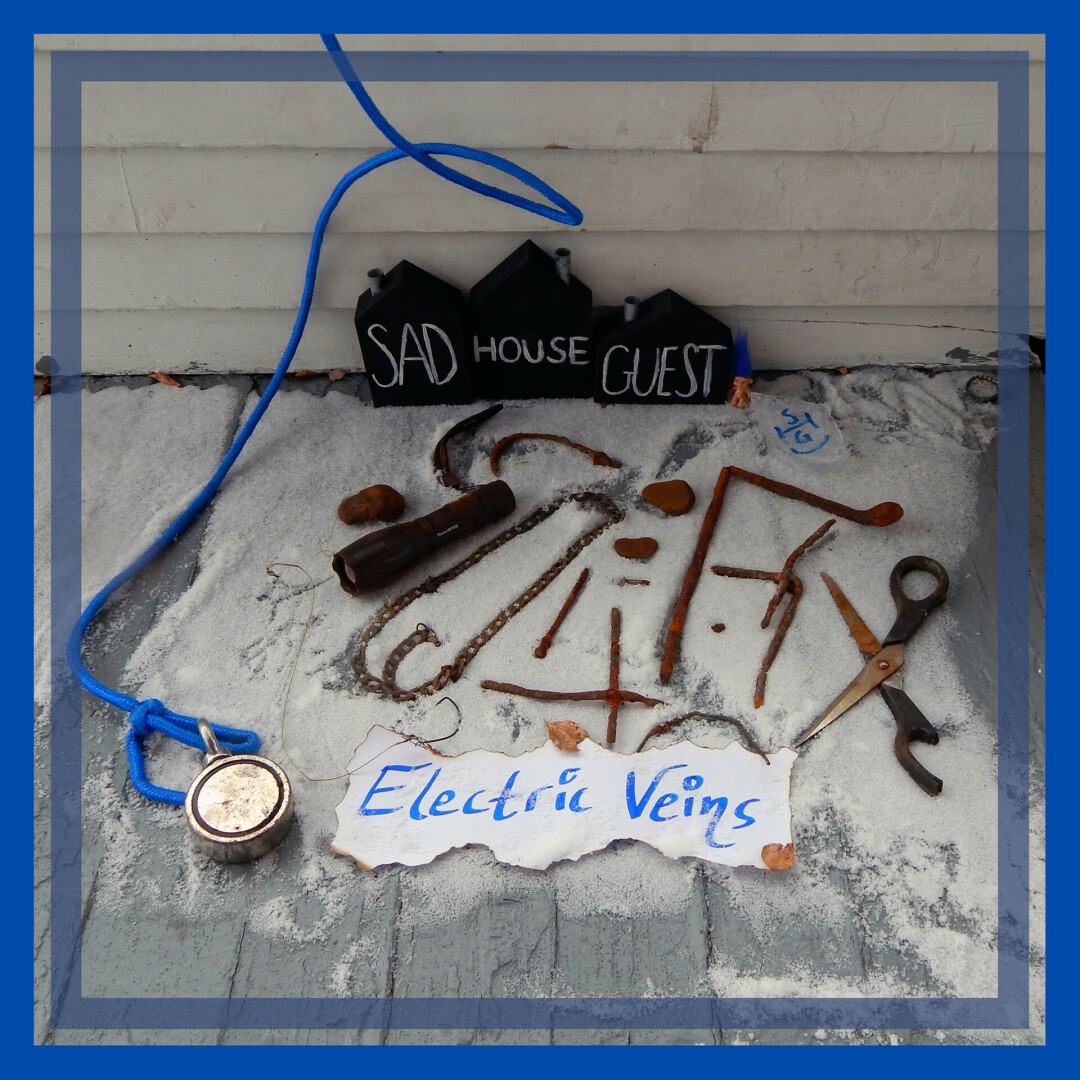 Prior to the release of Electric Veins, Sad House Guest’s music was crafted by only two individuals, Stein and Tor Kjartansson, but they now identify as a four-piece group, as their new album was recorded by the quartet.

While Sad House Guest prides themselves on glistening indie rock sounds, Electric Veins is the first project the band has released that features explicit lyrics. The track “Cigarettes for Breakfast,” explores the lives of a number of homeless people Stein encountered while working in Phoenix Park. The explicit lyrics strewn through the lyrics on Electric Veins help paint the struggle of the experiences felt in this song and in other situations discussed on the EP. 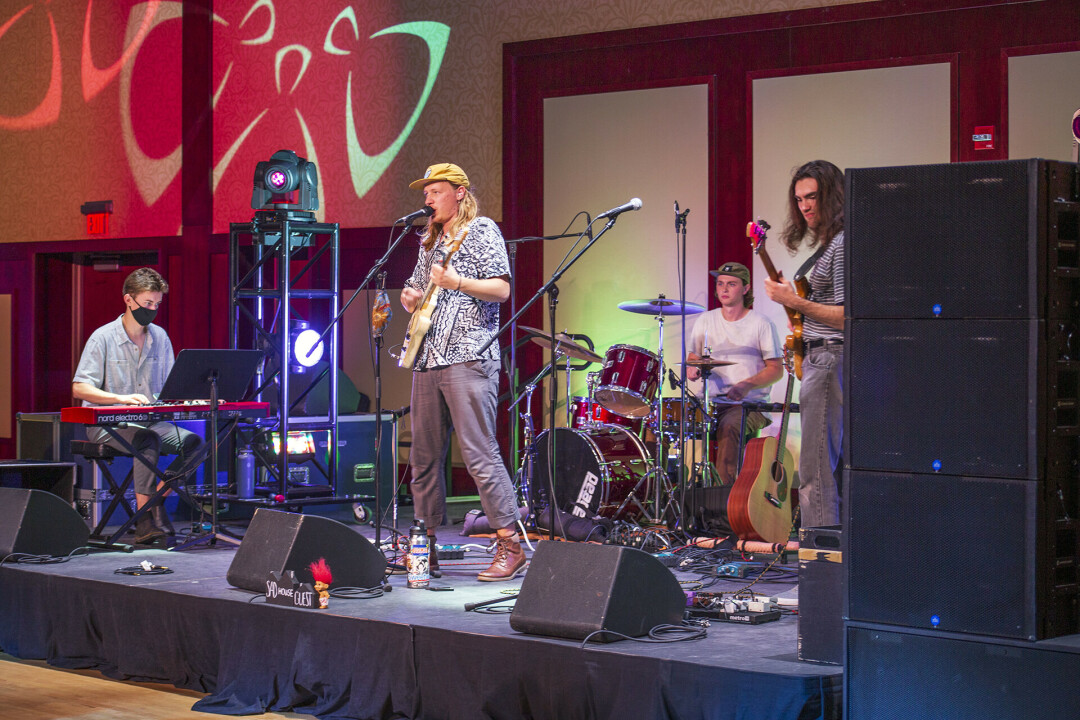 With the release of their latest project, Stein said the EP is their most polished yet and will do wonders in helping them accomplish their goal of bringing people together through their art.

Electric Veins by Sad House Guest is available now on all major streaming platforms. For updates on the band, visit their Instagram page @sadhouseguest.