The Shafers: More Than Just Two Artists from Eau Claire 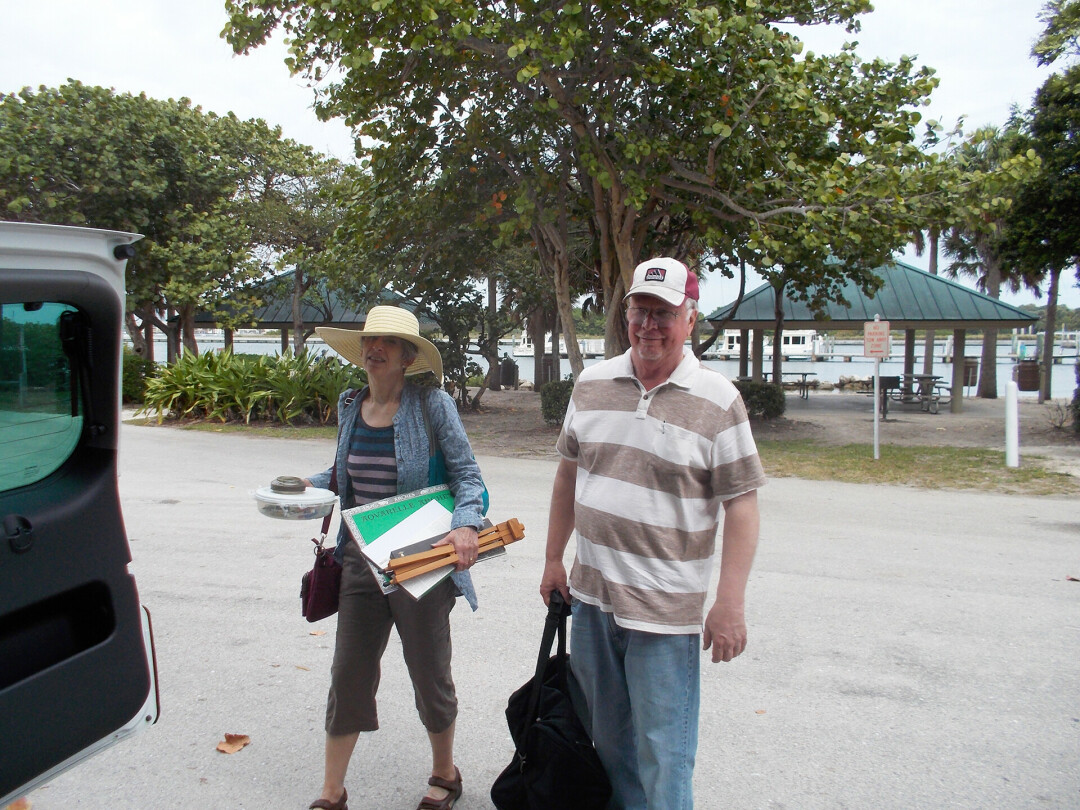 ARTISTS WHO PAINT TOGETHER, STAY TOGETHER. Eau Claire artists Barbara and Anders Shafer will host an art talk at the Pablo Center on April 14. (Submitted photo)

Having lived in Eau Claire since 1968, Barbara and Anders (Andy) Shafer have long been party of the Valley’s artistic fabric. Both taught art at UW-Eau Claire – Barbara as a lecturer, Anders as a now-emeritus faculty member. Over the years, they have had their art displayed locally, regionally, and nationally. Their latest exhibit, humbly titled “Two Artists from Eau Claire,” will run April 8 through June 19 in the James W. Hansen Gallery at the Pablo Center at the Confluence. 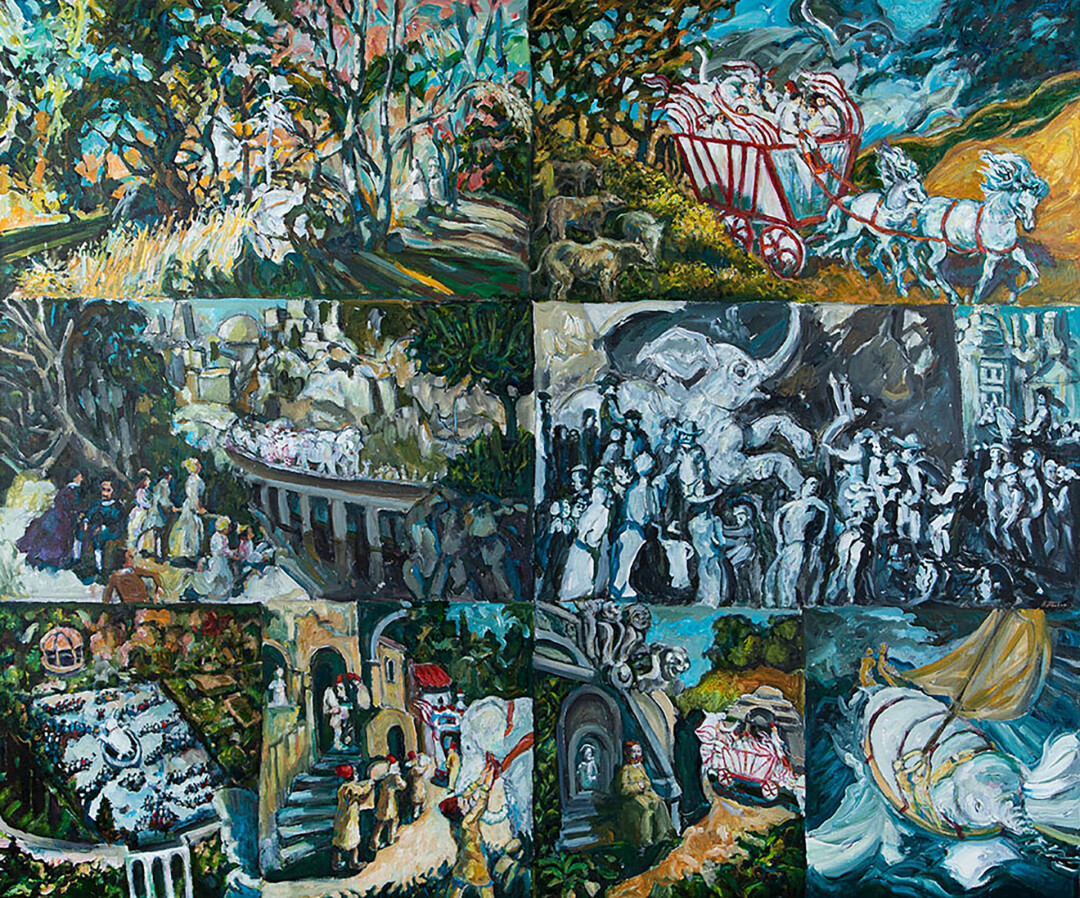 For a chance to pick their brains on artistic matters, stop by the Pablo Center on Thursday, April 14, from 5-8pm for an artists’ reception; an informal artist talk starts at 6pm. The gallery will showcase Barbara’s lovely paintings of people in their studios and offices from Banbury Place and Andy’s multi-paneled works of sequential art.

“It’s like a complex comic book, but each frame is a painting,” said Andy about his work.

The painted sequences are scenes of historical events interpreted by Andy, such as an assassination attempt on President Harry Truman, but there are also fictional stories from his imagination.

Barbara recreates and puts her own spin on photographs she takes of people. She is interested in the form, shape, and light of each piece. “It’s just been fun to zero in on each of these individuals and pull out a visual statement about each one of them,” she said of her Banbury paintings to be displayed at the Pablo.

Andy hopes their show can stimulate new thinking and create a sense of amusement for the viewers. “I always thought that my job as a teacher (was) to inspire people to believe in themselves,” Andy said.

Barbara hopes the exhibit reveals a glimpse of other people’s lives. “I think it’s more important how (the viewers) would respond to individual works than overall,” she said. This exhibit is certainly an extravagant mixture of different ideas, sure to pull a variety of emotions from visitors. 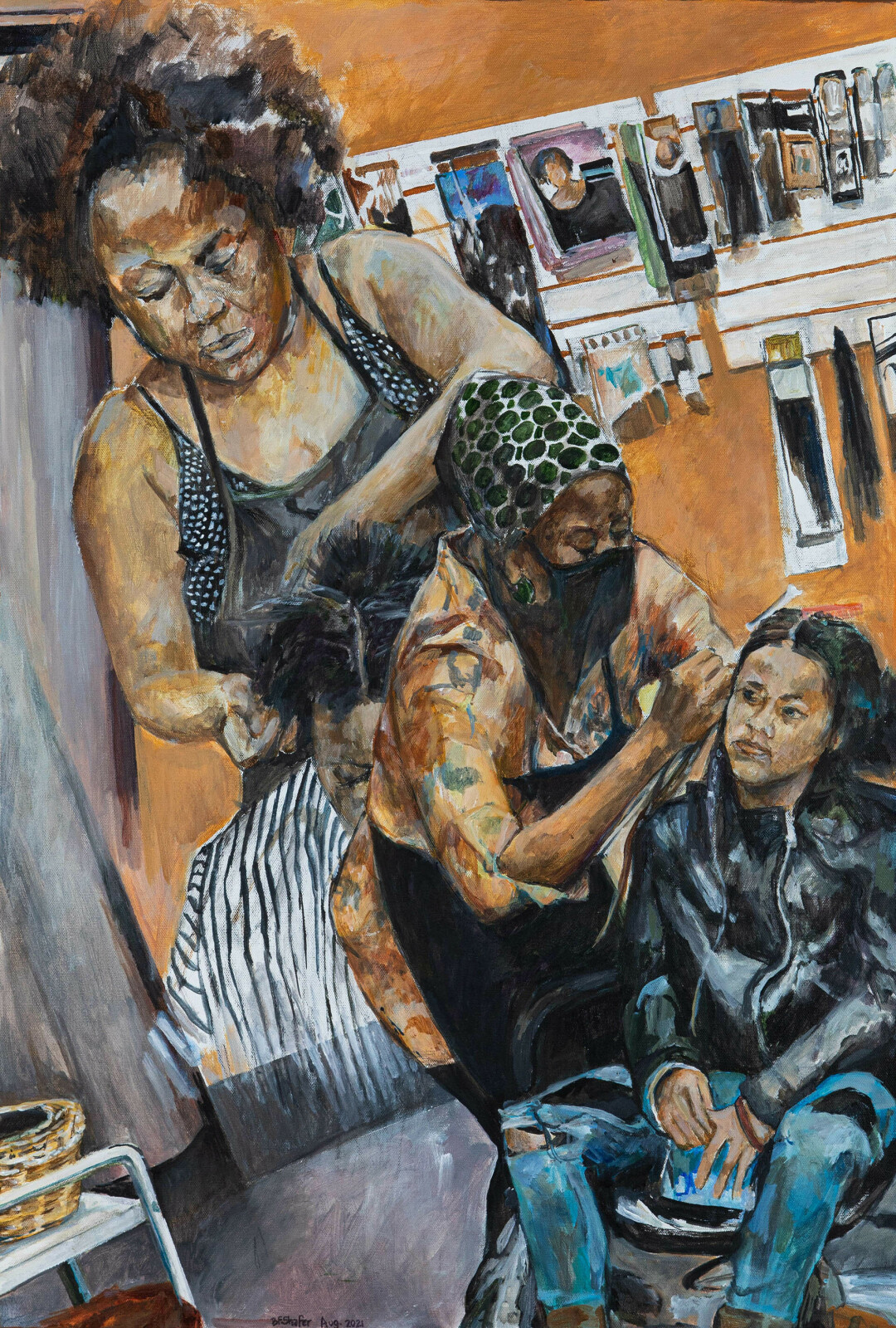 To learn more about Andy and Barbara, visit anderscshafer.com and barbarafshafer.com. Find details on the new exhibit at pablocenter.org. 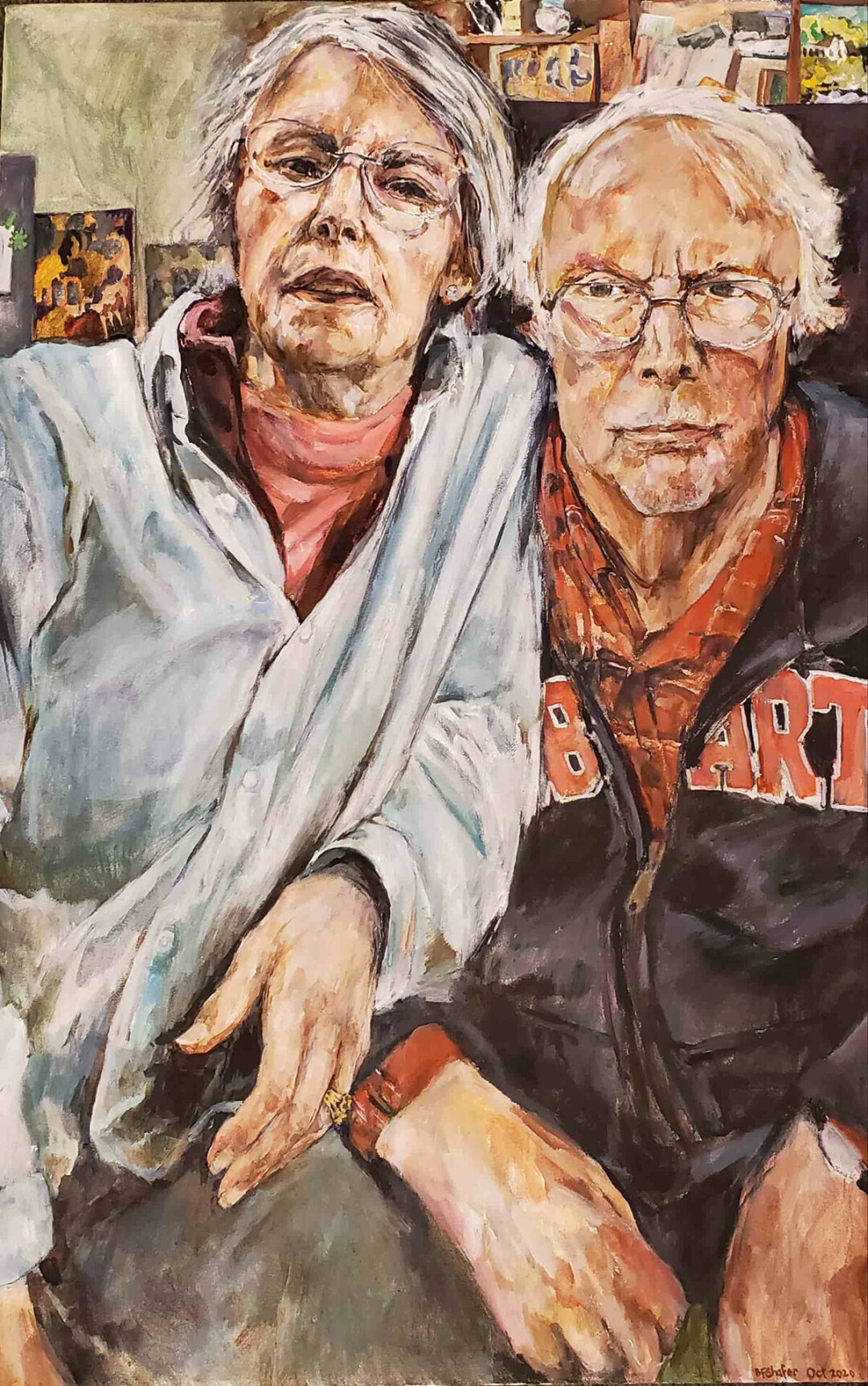 “Stuck Together During the Pandemic” by Barbara Shafer
share
comments 0