Senior Jess Davis is competing in Nationals after her state win 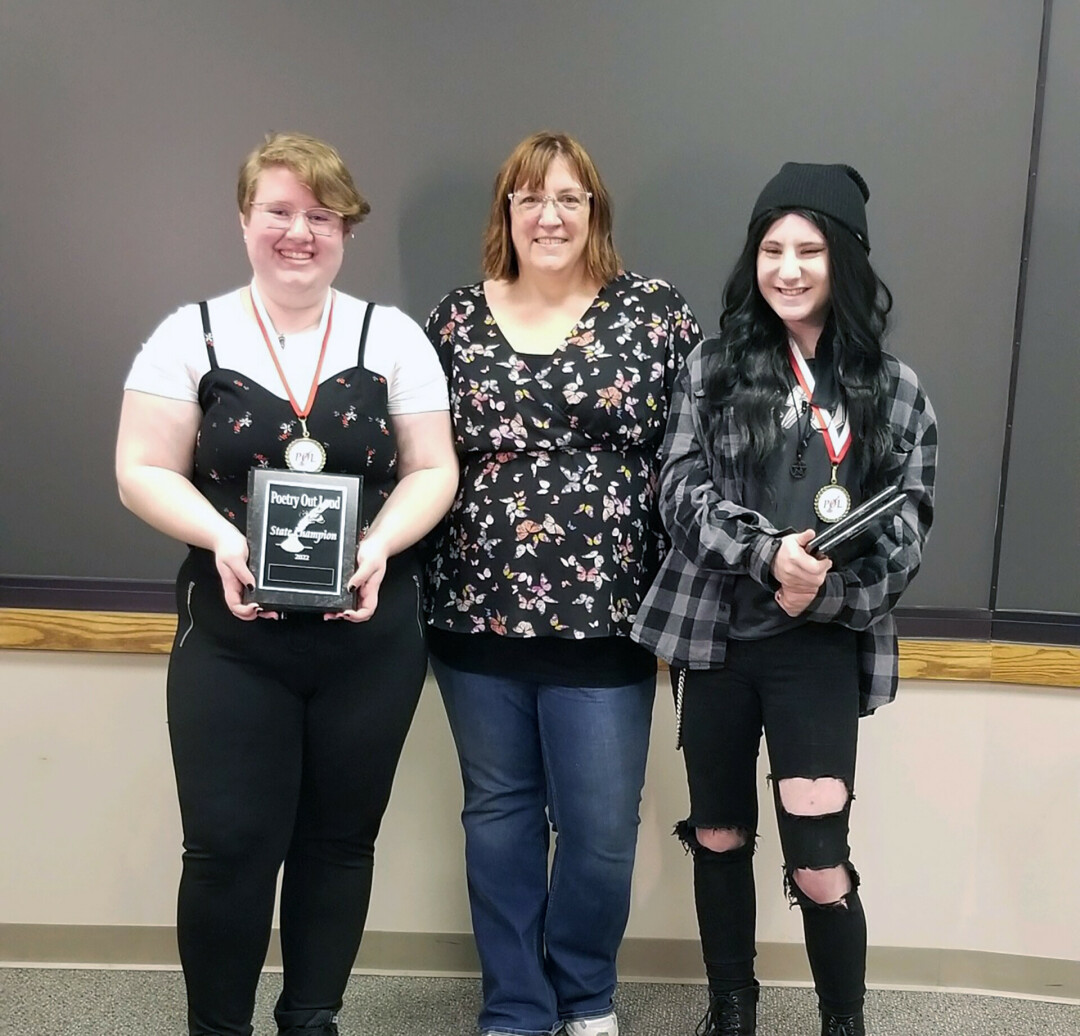 Altoona High School has produced four out of the last six state champions in the Poetry Out Loud competition, including Jess Davis, this year’s winner.

Davis is a senior at Altoona High School and is a part of the Forensics Club. Davis performed three different poems at this year’s State event, “The Albatross” by Kate Bass, “All This and More” by Mary Carr, and “Fate” by Carolyn Wells, and took first place.

“I was in a lot of disbelief,” Davis said. “I was super excited, but it didn’t feel real. For the rest of the day, I was just like, ‘there’s no way,’ but I was super excited and it felt good because I worked really hard.”

Along with receiving $200 for her win, Altoona High School was also awarded $500 for having a student win first, as well as $200 for having sophomore Jay Foris-Potter place second. The school’s money will be going to poetry supplies so that more students are able to participate in the future.

Davis has already sent in her video for nationals and will find out where she placed in May. She first became interested in poetry because of the influence of her eighth-grade English teacher, but she joined the Altoona Forensics team thanks to the encouragement of the club’s coach, Angela Roloson.

Roloson has been teaching at Altoona High since 2011 and often pushes freshmen to try the Poetry Out Loud competition by assigning them a poem to read to their entire class. This way, Roloson explained, the idea of standing in front of a small crowd of strangers wouldn’t seem as daunting.

“Public speaking is something that our kids do not do enough,” Roloson said. “It’s too easy to hide behind screens of one kind or another. I’m glad that those tools are there, but what happens when you have to communicate another way?”

After graduation, Davis plans to attend UW-Eau Claire and major in biology, with the hopes of one day becoming a cardiologist. Meanwhile, Roloson is retiring this June after nearly 30 years of teaching, but she will continue to be the district coordinator for Poetry Out Loud with the hopes of getting other schools involved.

To learn more about the Poetry Out Loud Competition, you can go to poetryoutloud.org.