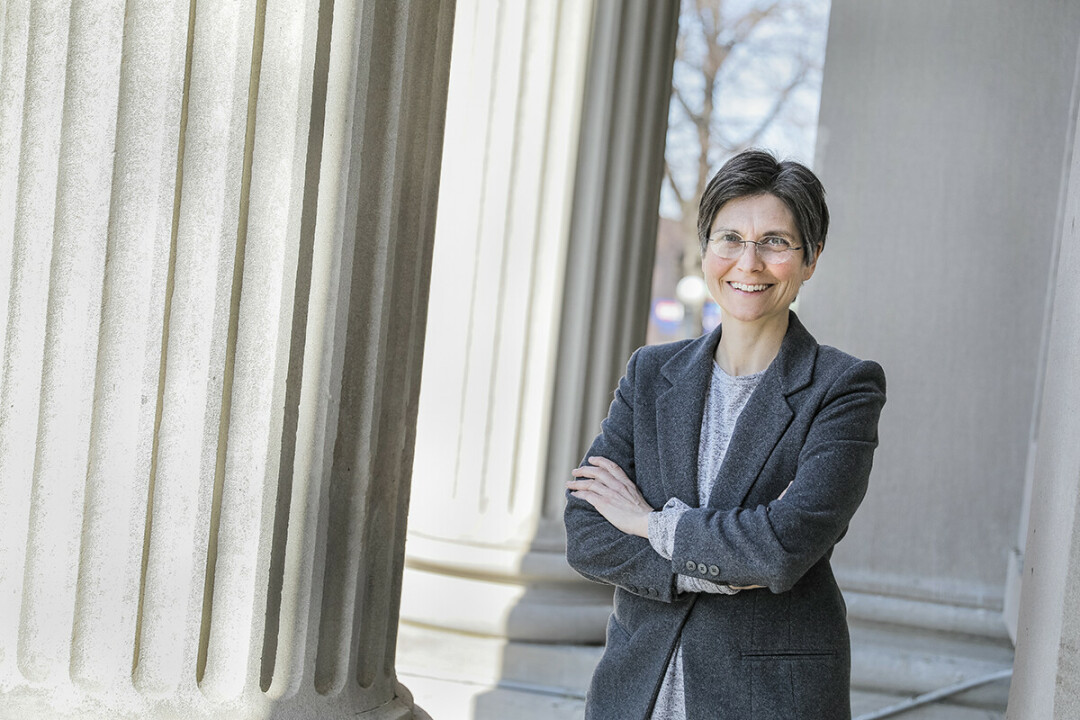 Stephanie Hirsch describes her youth in Eau Claire as downright idyllic. Born in 1970 at Sacred Heart Hospital, she grew up on a tight-knit block in the Third Ward. Her neighbors were dentists, secretaries, teachers, salespeople, and custodians.

“Those were the best memories I’ve had in my whole life,” she reminisces. “There was a sense that there were people from all walks of life living there together and raising their kids together.”

Hirsch attended Park School (which was on the nearby UW-Eau Claire campus, where Centennial Hall now stands), South Middle School, and Memorial High School, graduating in 1988.

Now, decades later, Hirsch is back, and she has been hired by the Eau Claire City Council to become Eau Claire’s new city manager. She will begin her job Monday, April 4. She will be the city’s first permanent manager since Dale Peters retired in October 2020. Since then, Dave Solberg has held the job on an interim basis. 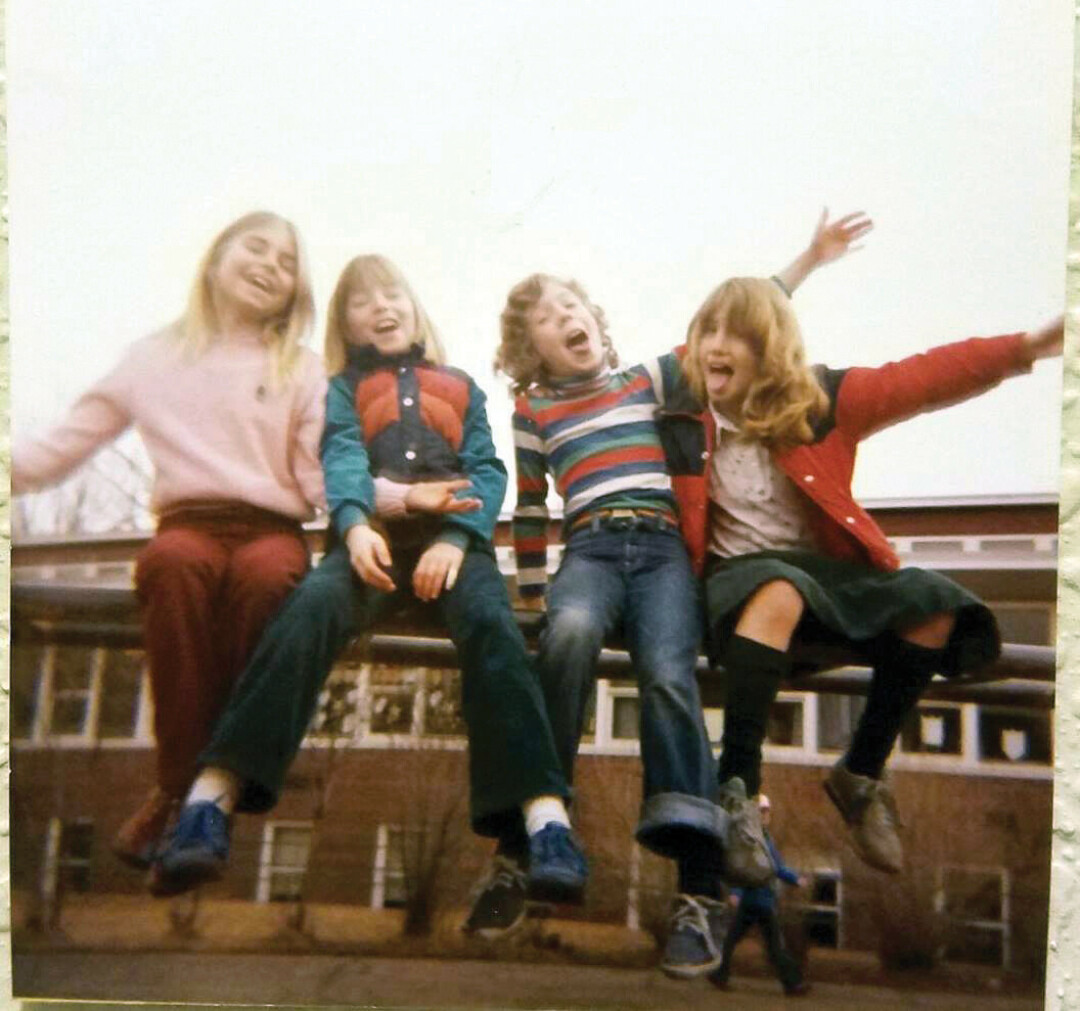 Over the past 30-plus years, Hirsch’s life path took her far from Eau Claire, but she always considered the city a second home, returning during holidays and summer vacations to spend time with family. After graduating from Swarthmore College in Pennsylvania, Hirsch spent part of her 20s teaching in Philadelphia and working in rural Georgia – eye-opening experiences that exposed her to how government systems had failed people, in these cases those who were dealing with the legacy of poverty, segregation, and the AIDS and crack epidemics of the 1980s.

Hirsch says these formative experiences shaped her ideas of how government should operate. “I got interested in the question of how you can improve government service delivery to result in better outcomes for people,” she says.

Because of the many ways it touches people’s lives,“The government is the agent that most determines people's likelihood of achieving health, happiness, and the ability to contribute,” Hirsch says.

She eventually pursued an MBA at Harvard Business School, and later spent 16 years in various positions with the City of Somerville, Massachusetts – a dense, diverse community of about 80,000 in the Boston metro area. For much of this time, she was an aide to the major, supervising departments and leading initiatives at his behest. This gave her the opportunity to oversee municipal functions ranging from education and housing to public safety and human services.

This is really a dream job for me.

I’ve always wanted to be a city manager or chief executive, and being able to do it in my hometown is just a dream come true for me. It’s the challenge and opportunity of my lifetime.

Hirsch’s experience has led her to view problems as far ranging as climate change and political divineness as management issues. “If we could just kind of get the systems right, people would get along and we would be able to make the hard decisions together,” she says. “I know that’s not completely true, but that’s the I lens I see through.”

During her career in Somerville, Hirsch was both a city employee and an elected at-large city councilor, experiences she hopes serve her well working with both city employees and elected officials in Eau Claire.

“It gave me an appreciation for how challenging it is to be an elected official and how they really are the people out there hopefully asking people for their ideas and their worries,” she says of her two years on the Somerville City Council.

Knocking on doors and talking with people in Somerville gave her a sense of the immense problems that some people bear. “It’s our job as appointed or elected officials to try to find those solutions that make their lives more manageable,” she says. 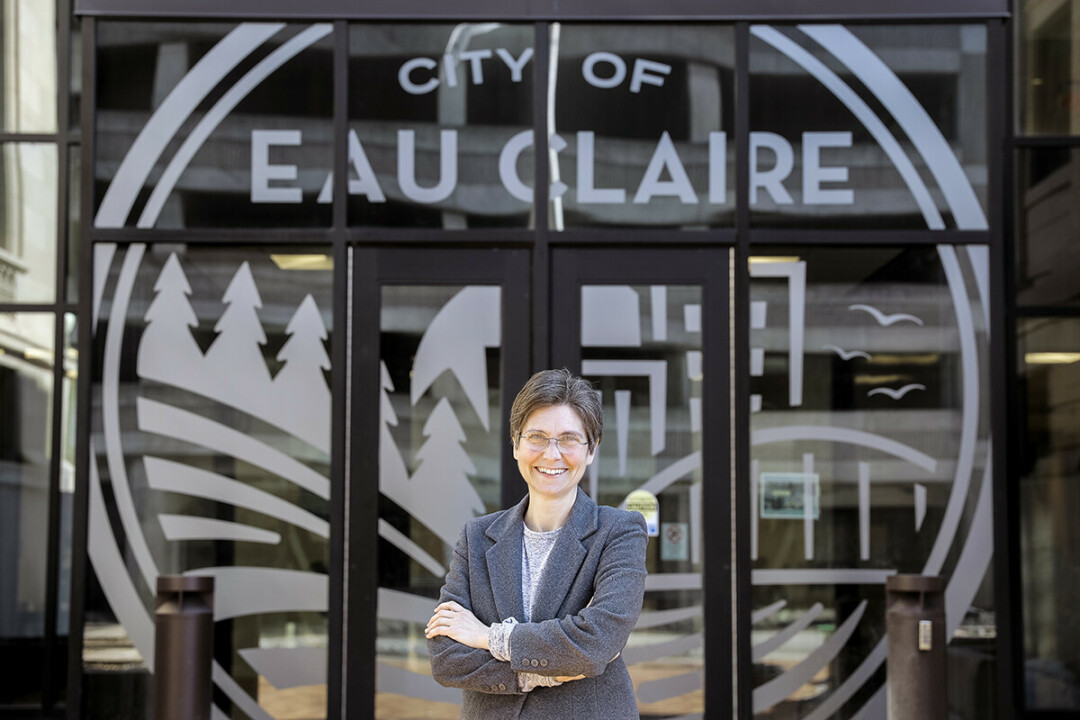 While Hirsch had considered eventually run for mayor in Somerville, she and her family – including her husband and three school-aged children – moved to Eau Claire at the beginning of the pandemic in 2020 to be closer to family. She took a job as operations administrator with the Eau Claire County Department of Human Services, and she found the opportunity of a lifetime when she applied for – and was hired as – Eau Claire’s first female city manager.

“This is really a dream job for me,” she says, “I’ve always wanted to be a city manager or chief executive, and being able to do it in my hometown is just a dream come true for me. It’s the challenge and opportunity of my lifetime.”

Because she won’t officially begin her new job until April 4, Hirsch hasn’t had a chance to discuss the City Council’s priorities with them or delve into the projects that various department heads in the city government are working on. However, she says, she expects that housing costs and the rising cost of living will be significant problems for the city to deal with in the near future.

Based upon her previous experience, Hirsch is very interesting in measuring factors that can lead to making better decisions about policies and programs that address such problems.

While she acknowledges she idealized her childhood in Eau Claire, Hirsch says she recognizes that not everyone in town had the opportunities she did growing up in a middle class household. And she recognizes that Eau Claire has changed over the years: It has grown and become more diverse, but also more economically and ideologically segregated.

In other words, Hirsch has her work cut out for her.

“I think Eau Claire is really amazing,” she says. “I just want to make sure it’s amazing for everybody, so making sure everybody gets to experience all the great things that Eau Claire has to offer.”