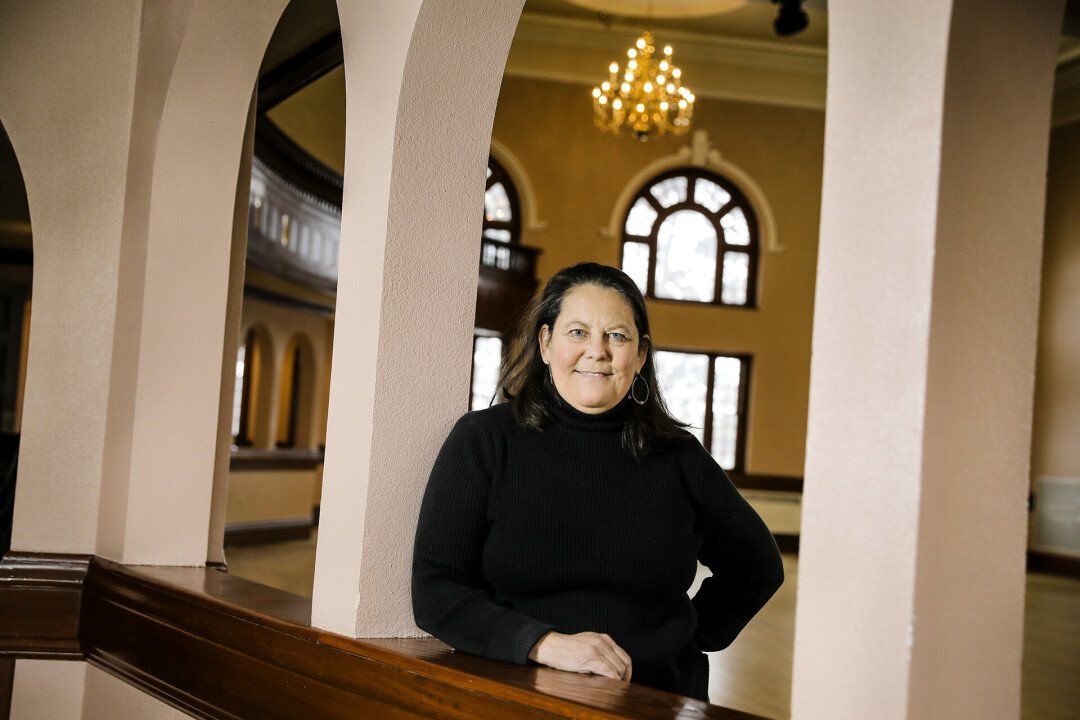 To say Debra Johnson’s love for the arts has taken her around the world would be an understatement. Growing up in Eau Claire, the now executive director of the Heyde Center for the Arts in Chippewa Falls worked on multiple continents prior to returning to the area to support her parents and raise her family. Johnson’s devotion to the Heyde Center’s well-being has made the venue one of the mainstays of the Chippewa Valley.

What about the Heyde Center for the Arts are you most proud of?

Comments from written evaluations and online comments say that more and more people feel comfortable coming here to events/performances/galleries – it has developed a reputation for being welcoming and offering an incredible array of arts and cultural opportunities that give people a chance to experience something new or enjoy something familiar, even if they are coming by themselves. Recent transplants to the area felt like they found a place that welcomes them to get involved in their community. These comments are a tribute to our fantastic front-of-house volunteers, our insightful and wonderful program committee, and to this beautiful 115-year-old building lovingly cared for and maintained by community members.

What aspect of the Heyde Center would you like to improve upon?

There are so many great ideas that people bring and send to us that I would love to be able to implement, but we don't have enough time in the day nor the staff and volunteers (YET!!) to take on all of them.

Still working on this ... getting my feet wet not being a “mom” and running kids, but Ava at Bridge Street Brew or Heidi at Wissota Chophouse know me pretty well.

The COLD WEATHER – but what can ya do, its Wisconsin.

What is one of the best cultural experiences you’ve ever had in the Chippewa Valley?

Step Afrika’s performance at UW-Eau Claire — my daughters were in elementary school and it was an amazing experience that took us on an incredible journey through the evolution of stepping. I'd bring them to Chippewa Falls in a heartbeat if I can get it to work out.

From my window at the Heyde Center, I overlook the place where in the late 1800s the largest sawmill underneath one roof used to stand – The Chippewa Lumber and Boom Company Sawmill. The building for the new Chippewa County History Center being built by Irvine Park will resemble the sawmill at its prime.

Describe your last encounter with the police department.

A couple of months ago after a snowy morning someone pulled out in front of me and I hit the curb to avoid an accident. I missed the car and they kept going and I was stranded with a broken rim and two flat tires. The sergeant who responded was awesome.

South side or North side?

If we are talking Eau Claire, definitely North side – it is where I grew up and still feel a connection.

What book, TV show, or movie would you recommend to the members of City Council?

What sort of economic development would you like to see in our area?

Passenger train service from southern Wisconsin/Chicago to the Twin Cities. It will not only serve people in the EC/CF and surrounding area, but it will bring in people to the Chippewa Valley to visit and take advantage of the amazing things to do in this area.

What part of town have you never visited (and why)?

I'm less familiar with the south side of Eau Claire, as it was still expanding and developing when I left the area for an extended period of time.