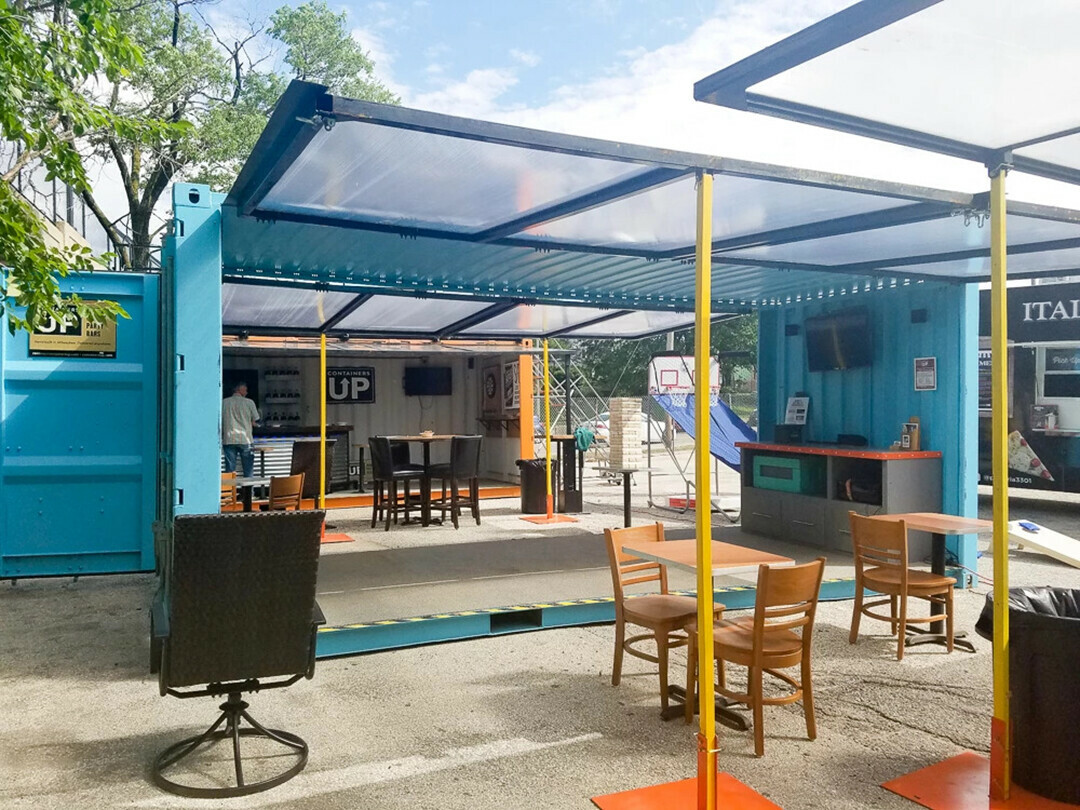 CONTAIN YOURSELF. Containers Up, a Milwaukee company that repurposes shipping containers like this one, will partner with the City of Altoona to redevelop downtown properties. (Photo via Facebook)

The grants are part of nearly $650 million statewide as part of the program, which was launched last summer and uses funding from the American Rescue Plan Act, which was passed by Congress to aid in pandemic recovery.

“From expanding affordable housing options to strengthening infrastructure and revitalizing our main streets, this grant program was designed to connect the dots in our communities to ensure they recover and succeed for years to come,” Evers said in a media release.

In the Chippewa Valley, projects include:

Evers unveiled the regional grants during a visit to Rice Lake, where he also announced the City of Rice Lake will receive $3.2 million to upgrade its Main Street corridor.

Learn more about the Neighborhood Investment Fund Program on the state Department of Administration website.