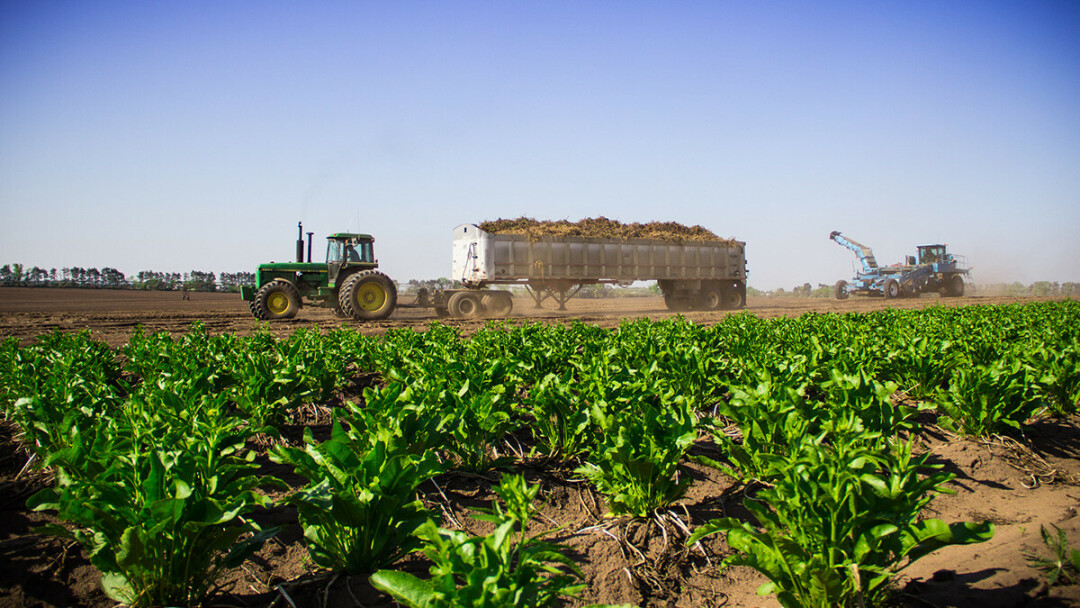 SOMETHING SPICY. Silver Spring Foods, a subsidiary of Huntsinger Farms, is the largest grower and processor of horseradish in the world. (Submitted photo)

Silver Spring, which describes itself as the world’s largest grower and processor of horseradish, is the latest recipient of the EDC’s Paragon Award, which is given annually to a recipient deemed by fellow businesses to have had a major economic impact on the community. In announcing the award, the EDC noted that in addition to hosting the statewide farm show – which drew an estimated 52,000 visitors last July – the company has recently expanded its production lines, entered new markets, and invested in its workforce.

Eric Rygg, the company’s president, said he was gratified to learn Silver Spring had been chosen for the award, whose past recipients have included community mainstays such as Royal Credit Union, CURT Manufacturing, Pablo Group, Jamf Software, and WIN Technology.

“We feel honored to be recognized within that group,” said Rygg, whose great-grandfather, Ellis Huntsinger, founded the company in 1929. “Eau Claire is a special place for businesses and families, and we continue to dedicate ourselves to growing our company in a way that benefits our team members and our community,” he added. 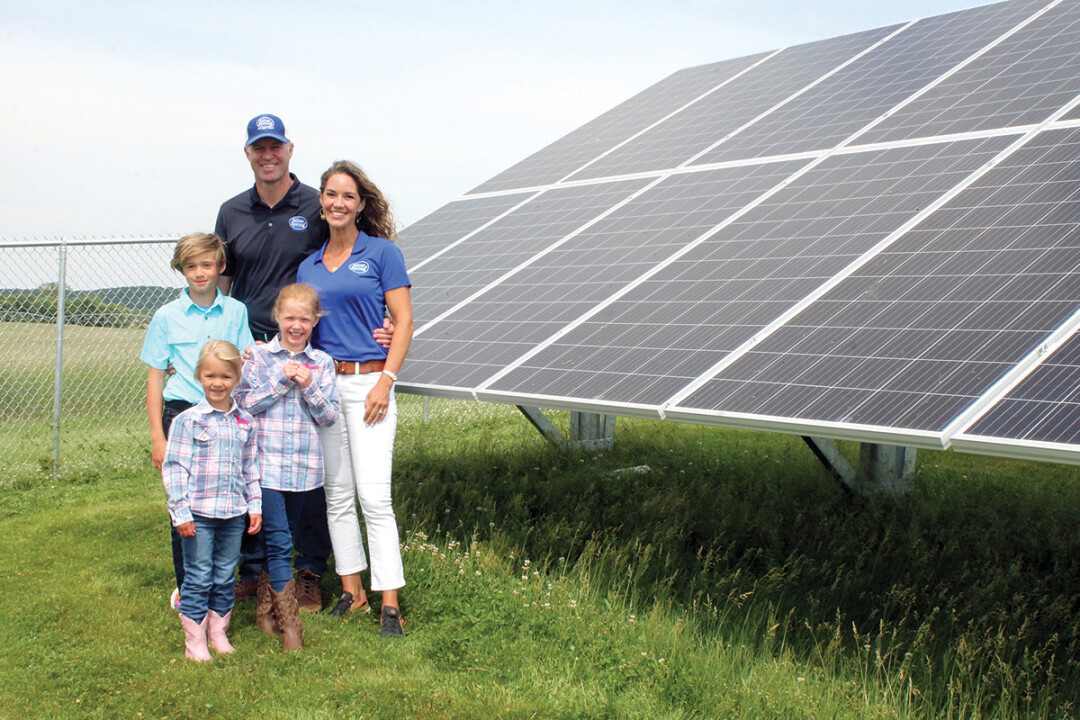 HERE COMES THE SUN. Eric Rygg, president of Silver Spring Foods, and his family are shown with solar panels installed at Huntsinger Farms in 2020.

In addition to its traditionally zingy horseradish, Silver Spring makes a variety of products, including specialty mustards (such as its new Everything Bagel and Stone Ground mustards) and sauces (including Wasabi, Sriracha, and Chipotle Ranch). While Silver Spring has a manufacturing plant in Pennsylvania and a farming operation in Minnesota, the majority of its workforce is in Eau Claire.

“The Paragon Award is an opportunity to celebrate and recognize the economic impact that a company makes within our community,” said Luke Hanson, executive director of the Eau Claire Area EDC. “Silver Spring is a great example of how the Chippewa Valley is a great place to grow a business and thrive during a global pandemic. We are proud of Silver Spring’s business successes and humbled that they continue to call this area home.”

It’s been a busy few years for the company. After dealing with a nationwide horseradish shortage in 2019, Silver Spring bought a competitor, Michigan-based Brede Foods, in early 2020 in part to tap into Brede’s horseradish supply. The sale was announced just as the COVID-19 pandemic hit. Silver Spring had been planning to host Farm Tech Days that summer, but the event was rescheduled for July 2021 instead. 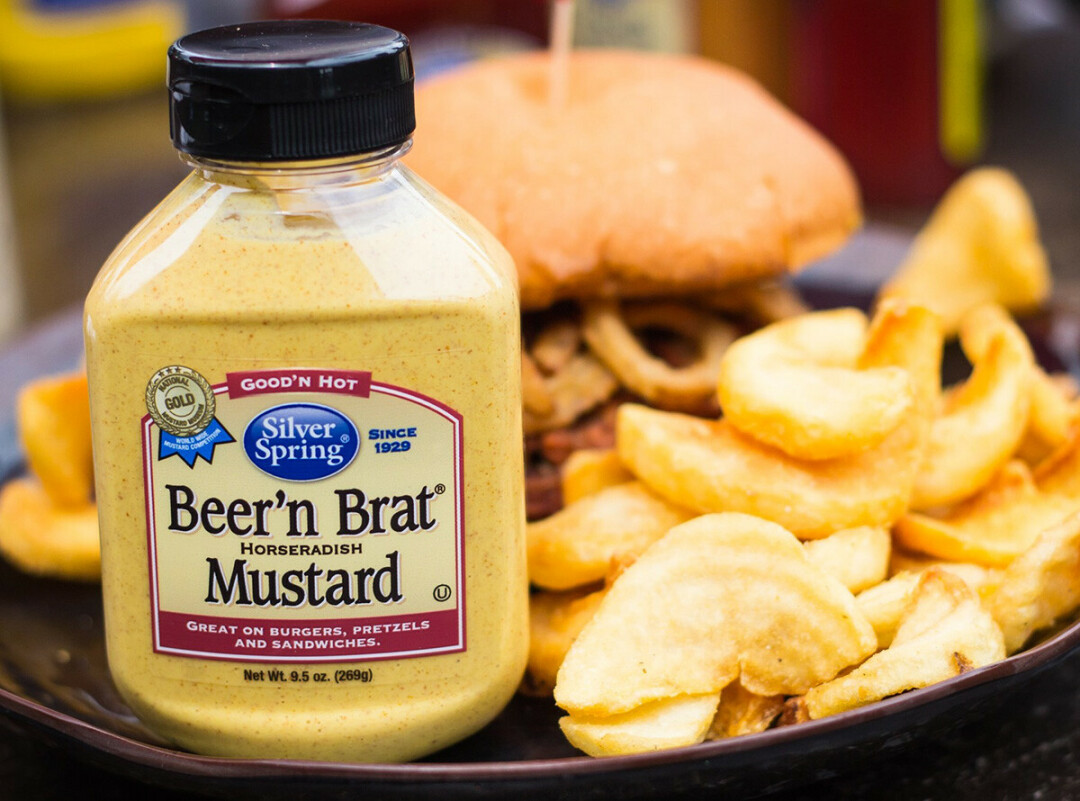 A WISCONSIN STAPLE. Beer'n Brat Horseradish Mustard is one of many condiments produced by Silver Spring Foods.

Meanwhile, like many manufacturers, Silver Spring has faced supply chain constraints and the challenge of maintaining a strong workforce. “We’re doing what we can to build a resilient company that can take some shots in the market and not be as susceptible to what the market is doing,” he said.

Among other things, the company is poised to begin a 37,000-square-foot warehouse expansion at the original Huntsinger Farms property south of Eau Claire. Silver Spring is also planning other upgrades on the property, where it still grows horseradish roots in a five- to seven-year rotation with other crops such as corn and soybeans.

Such crop rotation is important both to produce good products and to protect the viability of the land itself, Rygg said.

Silver Spring will officially receive the Paragon Award at the EDC’s annual luncheon on Feb. 28 at Florian Gardens in Eau Claire. Learn more at www.eauclaire-wi.com/annualluncheon.