enjoy some of the more, um, *creative* responses to our poll 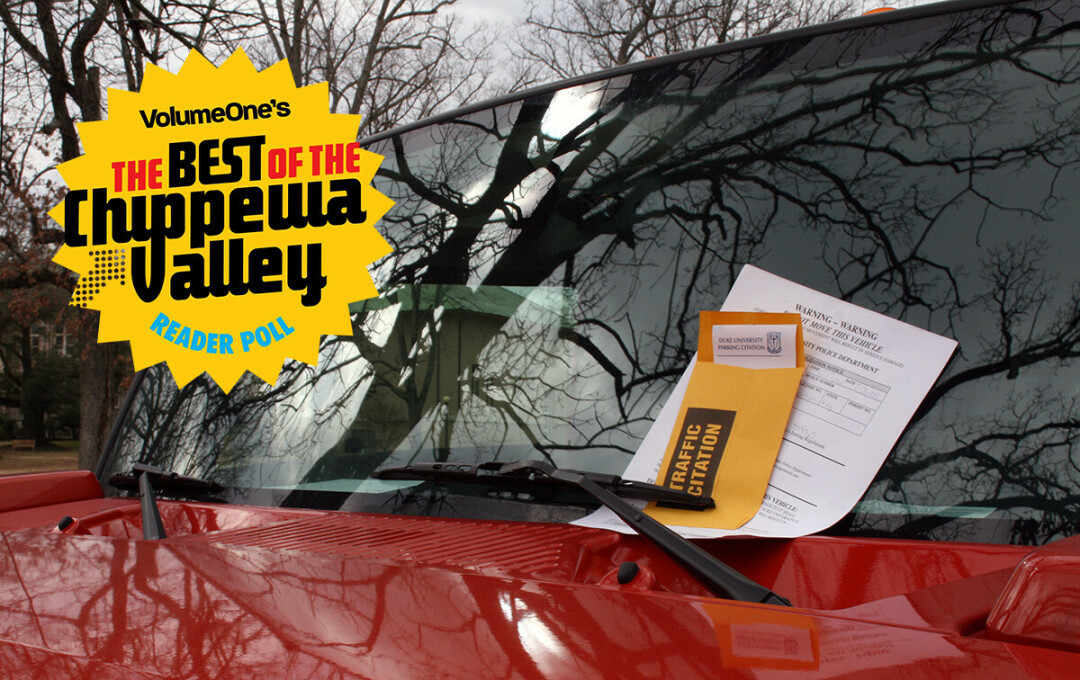 A parking ticket: As thrilling as life gets for some people. (Photo by Ildar Sagdejev | CC BY-SA 4.0)

Each year, we get thousands of responses to the hundreds of questions in our Best of the Chippewa Valley Reader Poll. The winners in all those categories will be featured in our next issue, which will hit the street on Feb. 10. In the meantime, enjoy some of the more, um, creative responses readers offered to all those questions.

When we added a new question this year, “Best Adrenaline Rush,” we expected readers to populate it with their favorite zip-lining, rock-climbing, Mountain Dew-slamming thrills. Most of the voters did, but a few offered more mundane thrills: Consider those who voted for “Getting to your car and not seeing a parking ticket.” We’re not going to tell you how to live your life, but if that’s the biggest rush of adrenaline you’ve experienced, you may want to get out a bit more.

When we ask readers about Things the Chippewa Valley is Bad At, we’re obviously expecting them to highlight the negative. But do the people who voted for “All of the Above” really think that we’re bad at everything around here? If only this result could come with a “Whomp, whomp” sound effect. On the plus side, this question also led to one of the funniest juxtapositions of voting options in the poll: When asked what the Valley is Bad At, a handful voted for “Affordable entertainment” while a similar number clicked on “Paying our musicians/artists.” Let that one sit for a minute.

When we ask about the Kind of Eatery/Bar We Most Need, we’re generally looking for a particular variety of food or drink that isn’t offered around here (Ethiopian, Korean, German, etc.). But some voters get even more specific than that. Consider, if you will, this wordy masterpiece: “Reasonably health food that includes vegetables, but isn’t a salad, and is not too expensive.” Honestly, what they are describing is an actual, honest-to-goodness home-cooked meal. Just call Mom and tell her you want to visit, OK?

Also under the Kind of Eatery/Bar We Most Need question, a bunch of people voted for “Speakeasy.” While it’s possible these folks are pining for a retro joint that embodies the thrill and glamor of the Roaring Twenties, we prefer to imagine that they’re actually just unaware that Prohibition was repealed. For them, at least, we have good news: The 21st Amendment was ratified in 1933! No more bathtub gin! Three cheers for President Roosevelt!

When asked about the Most Disappointing Thing in the Past Year, the most cynical of our readers voted for “Where to begin.” To which we say: Big mood.