Country Jam to Relocate to Chippewa County in 2023 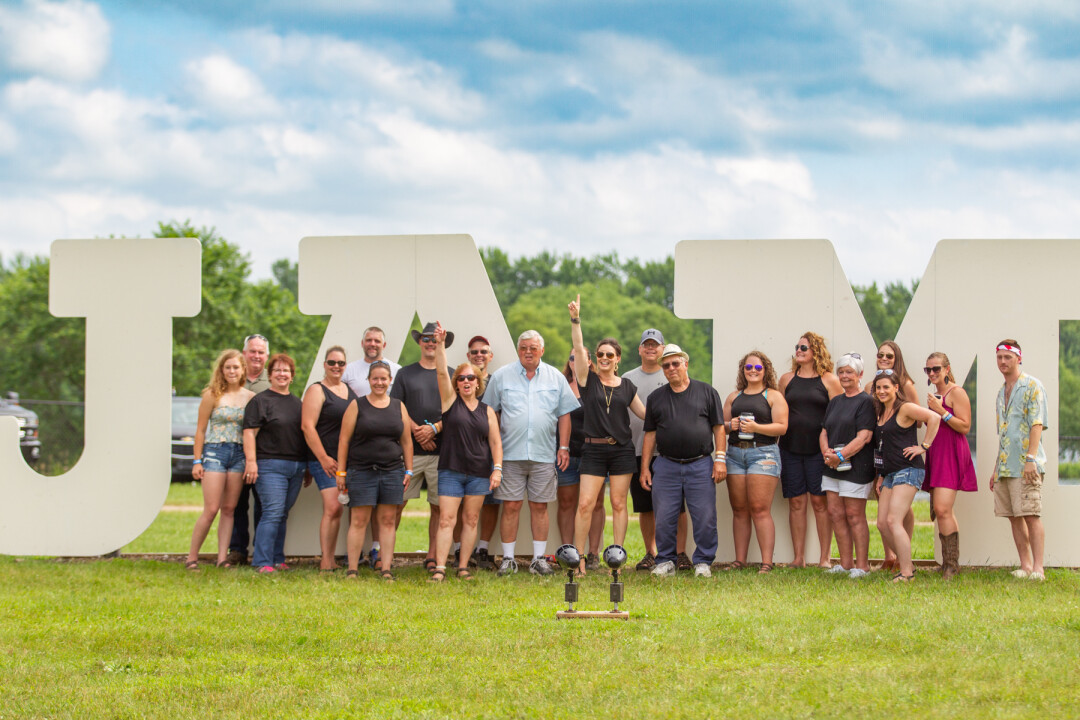 BIG LETTERS, BIG NEWS. Country Jam will hold its last festival outside Eau Claire in 2022 before moving down the road to new digs in rural Chippewa County for 2023.

Country Jam USA, a staple of the Chippewa Valley’s music scene for more than 30 years, will relocate to a new 160-acred site beginning in the summer of 2023, the organization announced this week.

In a social media post Tuesday, the fest announced that it has closed on the purchase of land in the Chippewa County town of Wheaton, along County Highway T between State Highways 312 and 29.

“Country Jam just purchased a brand-new festival site,” the festival’s Morgan Muehlbauer said in a video posted to social media. “It is less than 10 miles from our current site, and there’s no hill to walk up and down!”

The current site, overlooking the Chippewa River, stretches over and around water, woods, and Crescent Avenue, offering plenty of scenery but lots of hiking between parking, camping, and performance areas.

“This is such an exciting time for us as an organization,” said Kathy Wright, Country Jam USA’s general manager. “We have been actively looking for land in the Chippewa Valley for three years. Eau Claire has been home for Country Jam and we are proud to stay true to our roots on the west side of town – and this site is perfect for us.”

In a media release, Country Jam said it had “big plans for the new location,” including 1,000 campsites, a large side-stage pavilion, easier access in and out of the festival, as well as “a major special events center to host corporate events, weddings, and other large gatherings.” Drawing new events to the location will help boost the festival’s economic impact, Wright added.

The video announcement showed a flat, snow-covered cornfield, which led some Facebook fans to celebrate the new opportunity and others to bemoan the lack of shade at the new site.

“Will be exciting to see the new location, but I will always love the concert next to the Chippewa River,” one fan wrote.

It’s like selling your childhood home … but we promise you are going to LOVE the new house.

“Exciting but unfortunate,” commented another. “Always loved everything about the last place except walking up that big ass hill at the end of the night.”

“We couldn't agree more!” Country Jam replied. “It’s like selling your childhood home … but we promise you are going to LOVE the new house.”

Country Jam plans to hold its last bash on the old Town of Union festival grounds this summer, from July 21-23. The lineup includes Little Big Town, Dustin Lynch, and Cody Johnson, and many others, including Wisconsin’s own Chris Kroeze.

The first Country Jam was held in 1990 when festival organizer Larry Barr rented a couple of pastures in the town of Union and booked country musicians such as Alan Jackson, Clint Black, and Tammy Wynette to play there. Over the years, the festival has grown and become a permanent local fixture, bringing top performers and thousands of fans who party and camp on the festival grounds just a few miles from the city of Eau Claire.

Learn more and check out this year’s lineup and ticketing information at countryjamwi.com.