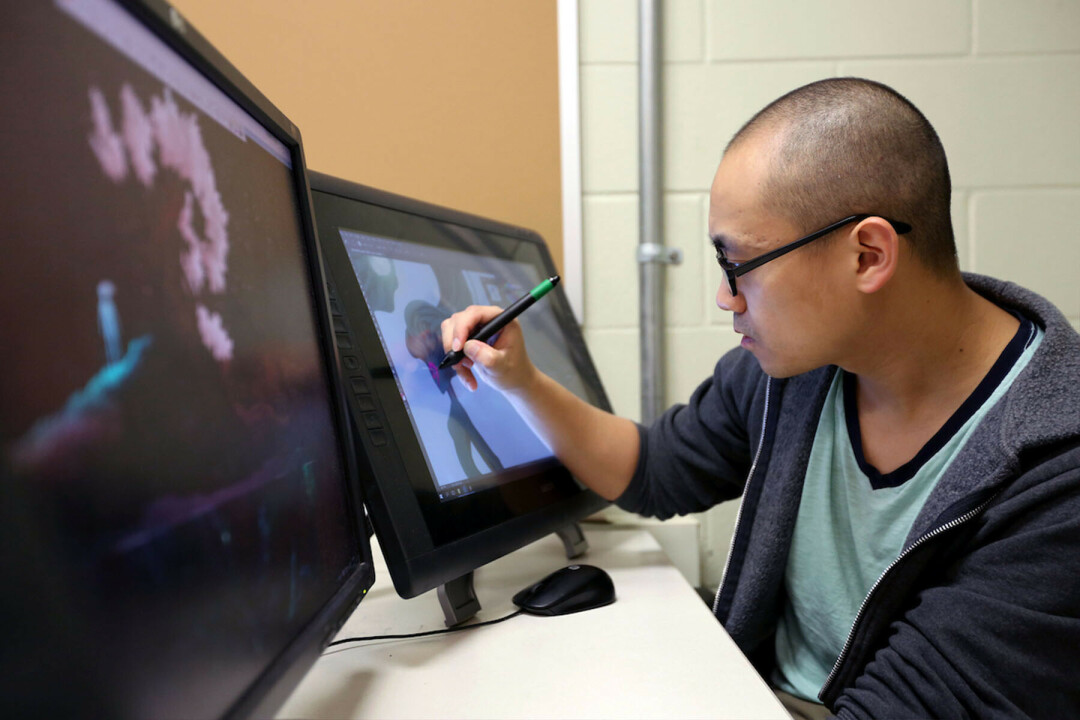 GET YOUR START IN ART. UW-Stout grad Hue Vue has worked on films such as The Croods: A New Age and Spirit Riding Free. He also created Barb’s map in Trolls World Tour. (Submitted photo)

Four UW-Stout alumni have helped create some of the highest-profile animated films and shows on the planet at the DreamWorks Animation studios in sunny Glendale, California – or, remotely from their homes in Hollywood hills.

“These were some of the most dedicated, talented and hard-working students from their cohorts,” Williams said. “They were a pleasure to work with and we are incredibly proud to see their names in the credits of so many DreamWorks projects.”

FALLING INTO THE DREAM

As the field of animation surged in the early 1990s, with studios creating multimillion-dollar box office hits such as Beauty and the Beast, The Lion King, The Nightmare Before Christmas and Whisper of the Heart, graphic artists were in high demand, and Chris Grun wanted to be part of it.

Growing up in Minnetonka, Minnesota, Grun drew X-wing starfighters and stormtroopers after seeing Star Wars in the theater. He attended the Minneapolis College of Arts and Design for one year but needed something more affordable. He'd heard about UW-Stout, and how it was regarded as one of the best art schools in the Midwest, so he transferred to the graphic design program.

During his undergrad, Grun spent two summers at Sheridan College International School of Animation near Toronto. The experience pushed his drawing skills. “It opened my eyes to what was possible in entertainment," he said. "Animation was booming in those years and there were many jobs available all over the country."

The director and production designer have given me a lot of leeway to fulfill my role as I see fit. It's really given me the room to stretch my wings creatively at the studio.

Grun, who received an Outstanding Alumni award in 2016, enjoyed the camaraderie with other artists at UW-Stout – an experience he didn’t have at the other schools. His ability to forge lifelong friendships would serve him well, and he was hired soon after graduation. Unfortunately, the entertainment companies he worked for when starting his career went bankrupt.

“It’s a part of the industry they don’t really tell you about in school," he said. "Having the rug pulled out from under you can be daunting. Keeping in contact with your school and work friends is the best way to keep a lifeline when things get rough. Those are the people who can lead you to another job or another industry.”

The Capitol, from the Lionsgate film The Hunger Games.

Grun joined DreamWorks as a matte painter in 2013, creating environments like the Capitol City in The Hunger Games and computer-generated dinosaurs in Land of the Lost. Now, as head of locations, he facilitates communication, environments, and props through the studio departments. His favorite project so far is The Boss Baby: Family Business, released this past June.

“The director and production designer have given me a lot of leeway to fulfill my role as I see fit," he said. "It’s really given me the room to stretch my wings creatively at the studio."

With so many box office hits, Grun thinks what makes DreamWorks special is its sense of humor. Even during a pandemic, its cinematic productions helped people feel connected. “That always goes a long way in times of need," he said. "Nothing like a good belly laugh to bring your spirits up."

NO TWO DAYS ARE THE SAME

Benjamin Pease and his siblings loved the work of Aardman Animations, like the Wallace and Gromit shorts that inspired them to try their hand at stop-motion animation. When searching for colleges, his interests led him to UW-Stout’s game design development art program, concentrating in art and minoring in computer science. 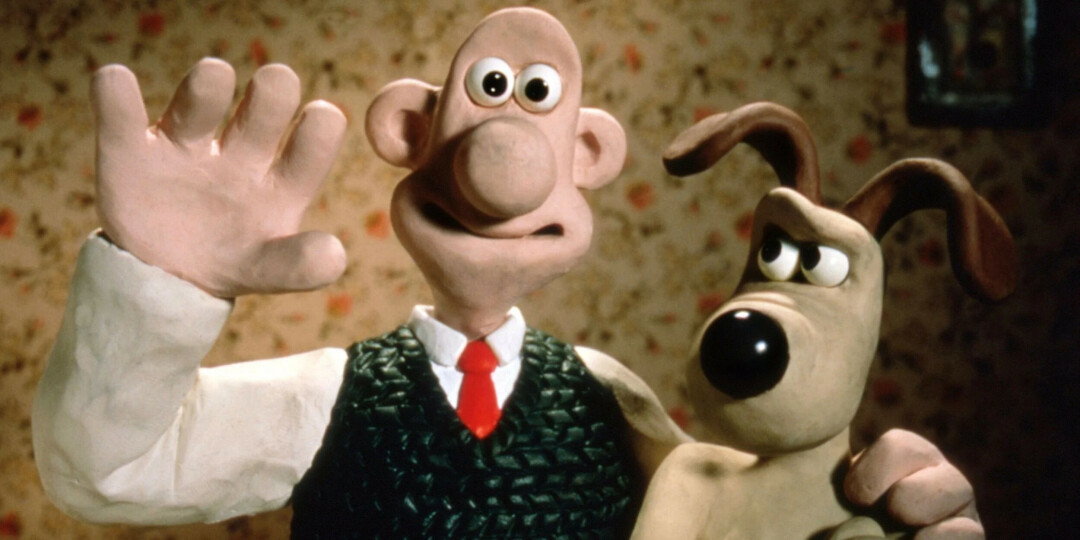 Upon graduation, Pease – of Rochester, Minnesota – was focused on finding an art career in the game industry. But when a friend from high school reached out to let him know DreamWorks was hiring, he applied for an opening as technical director, supporting artists by developing and updating tools and troubleshooting software.

“I like that no two days are the same,” Pease said. “While we encounter some recurring tasks or problems in programming, most days bring fresh ones for us to tackle. Involving co-workers in discussions is helpful for both motivation and inspiration.” 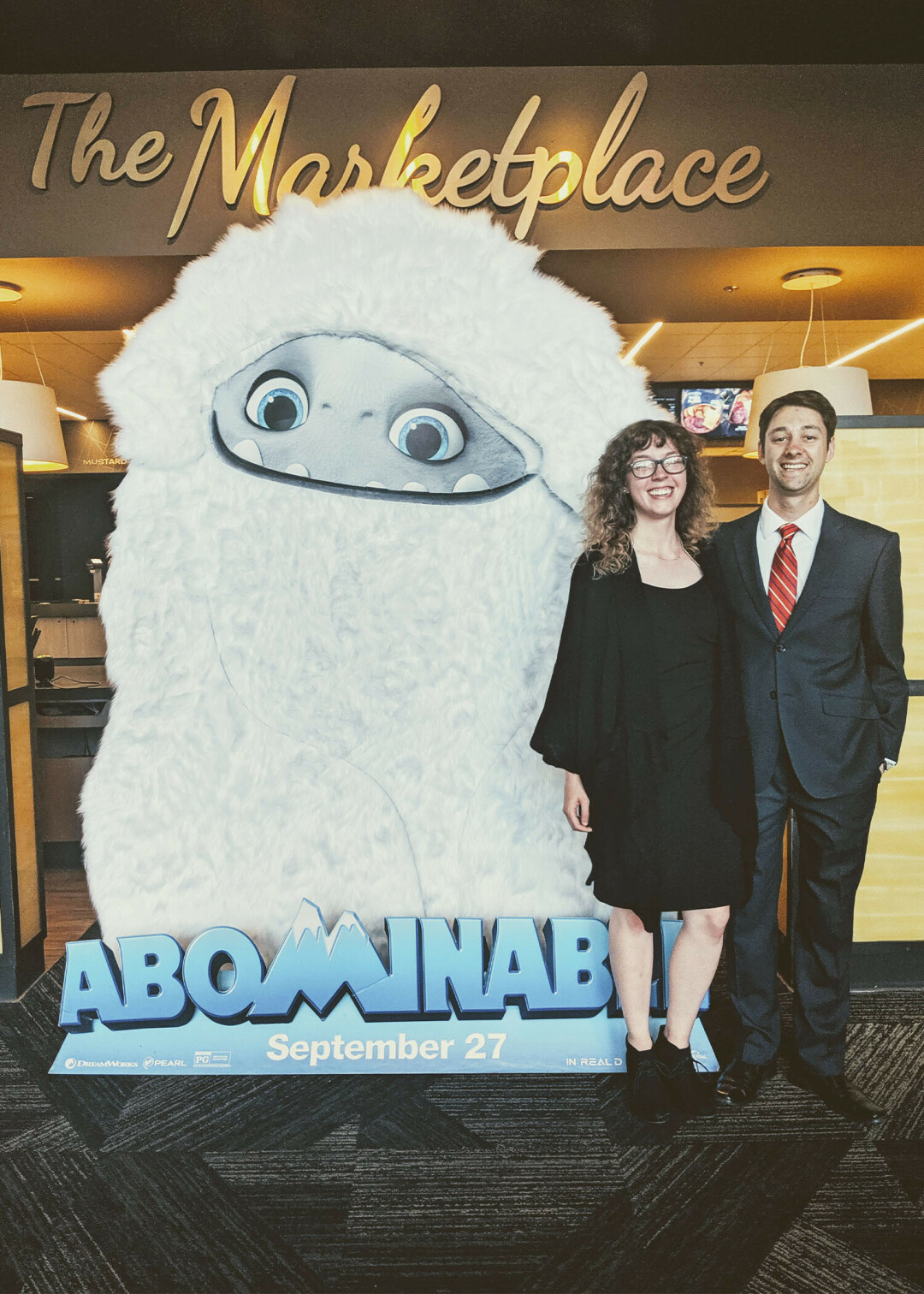 UW-Stout grad Margaret Rigotti at the opening for Abominable.

A ‘FLASH‘ OF INSPIRATION

In 2013, Margaret Rigotti and Hue Vang were searching for a good game design program. When UW-Stout was named co-champion at E3 College Games Competition for the student-designed game Flash Frozen, they knew exactly where they wanted to earn their degrees.

Rigotti, of Sheboygan, and Vang, of Two Rivers, both graduated in 2018. And having grown up only 40 miles from each other, soon joined the DreamWorks team in Glendale.

Vang grew up appreciating the works of comic book artist Jim Lee, and filmmakers Hayao Miyazaki and Mokoto Shinkai. He would develop his own animations, comics, and games to build his skillset in 2D and 3D art and dreamed of working on animated feature films.

“I really enjoy Shinkai’s personal story," Vang said. "After I saw his animated films, I followed in his steps to move on from a mundane day-job to pursue my dream as a professional artist. The challenge was executing the plan to reach my goals because life is unpredictable.”

"I liked the stories and the characters, but I was also interested in how computer animation worked. Then I realized that making these films was someone's job, and that sounded pretty fun."

While showcasing his capstone game Everend at the SOAD Senior Show, Vang experienced one of those unpredictable moments that launched his career. He met Grun, who reached out to Vang when DreamWorks was seeking a matte painter, and his dream of being a professional artist came true.

As a matte painter, he creates 2D assets like skies, clouds, mountains, rocks, and vegetation in films such as The Croods: A New Age and Spirit Riding Free. He also created Barb’s map in Trolls World Tour.

“3D animation is a digitally and financially expensive process," he explained. "So, instead of rendering the entire environment in 3D, areas that extend into the background are created to match the artistic style and overall feel for the sequence."

Rigotti’s introduction to DreamWorks was similar to Vang’s. Former SOAD Director Dave Beck connected her with Pease, and they talked about an open position as technical director.

She grew up watching DreamWorks films such as How to Train Your Dragon and had in the back of her mind how amazing it would be to work there. “I liked the stories and the characters, but I was also interested in how computer animation worked," she said. "Then I realized that making these films was someone's job, and that sounded pretty fun.