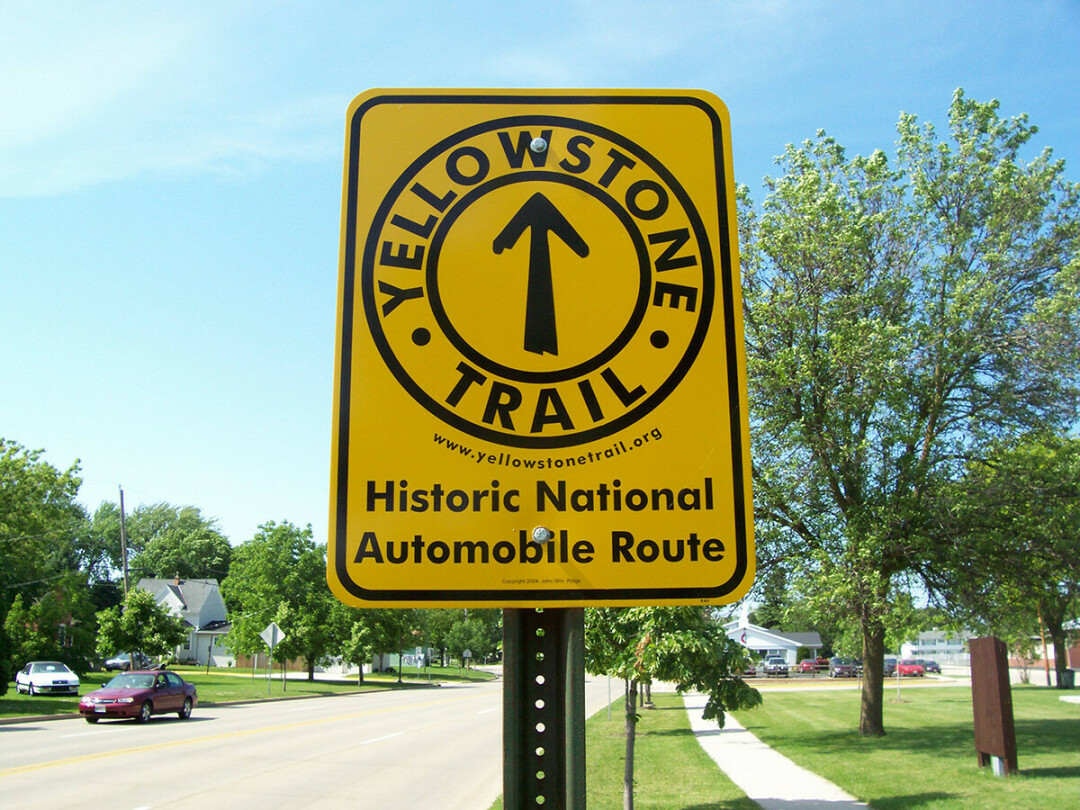 THIS WAY TO ADVENTURE. Signs like these throughout Wisconsin trace the old Yellowstone Trail route through the state, including in Eau Claire. (Photo via Creative Commons)

These stats detail what it took Altoona residents John and Alice Ridge to create their newly released, 428-page, 8.5 x 11-inch, one-inch thick, travelogue with 300 maps and 800 pictures titled A Good Road from Plymouth Rock to Puget Sound, A Modern Guide to Driving the Historic Yellowstone Trail, 1912-1930.

“We hoofed and mouthed it,” Alice said with a laugh. “We hauled computers, a printer, a scanner, cameras, and travel trailers from coast to coast several times and lived in libraries, newspaper offices, and archives. We talked a lot, but listened more to folks who ‘remembered when.’ ” 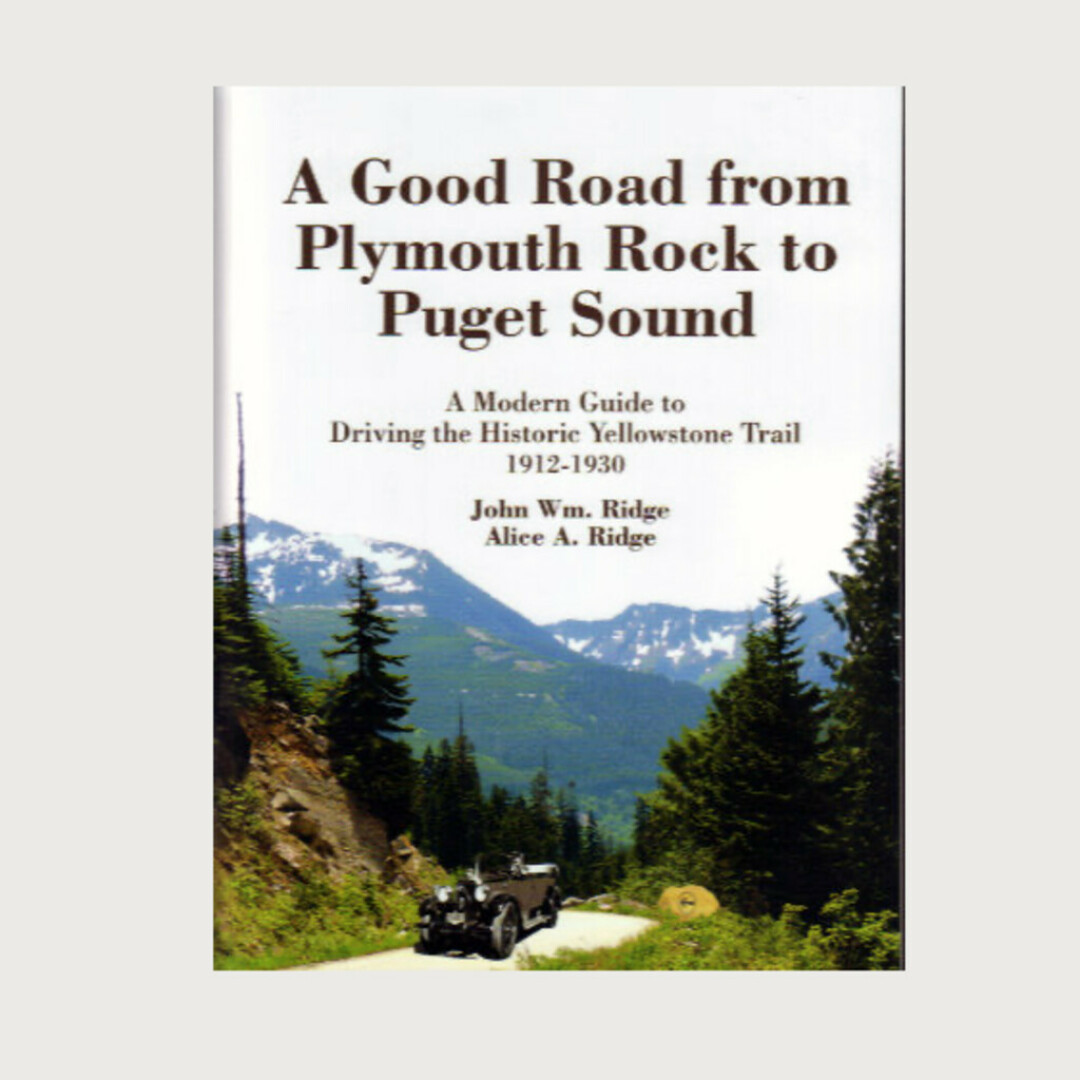 Established on April 23, 1912, by small-town businessmen in South Dakota, the Yellowstone Trail was the first coast-to-coast highway through the upper tier of states. Locally, it went through Eau Claire’s Cannery District on the Madison Street bridge.

The idea for the research came from John’s late dad, Harvey, to whom the book is dedicated. He told stories about an auto route marked with yellow painted rocks between Chippewa Falls and Eau Claire, and also out west. Those yellow rocks yielded to signs similar to the Yellowstone Trail signs seen along Omaha and Madison Streets in Eau Claire. 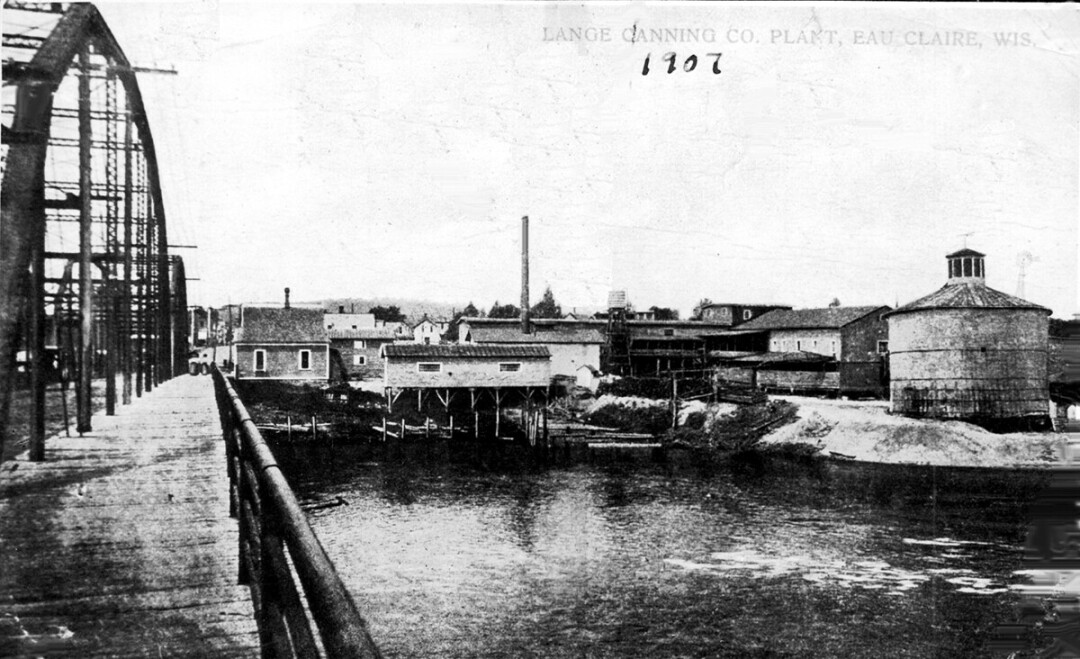 The Yellowstone Trail crossed the Chippewa River on the Madison Street bridge, shown at left in this 1907 image that includes what is now called the Cannery District at right. (Submitted photo)

While the process for creating the book took years, and countless hours of research, John and Alice said the end product is worth the effort. The opportunity to tell the story of the trail, they said, is invaluable.

A Good Road from Plymouth Rock to Puget Sound, a Modern Guide to Driving the Historic Yellowstone Trail 1912-1930 is available at The Local Store, the Chippewa Valley Museum, or the website for $38. For more information about the Trail or the Yellowstone Trail Association, visit yellowstonetrail.org.