renovations underway for Reboot Social, which will include classic video games, pinball, and bowling in downtown Eau Claire 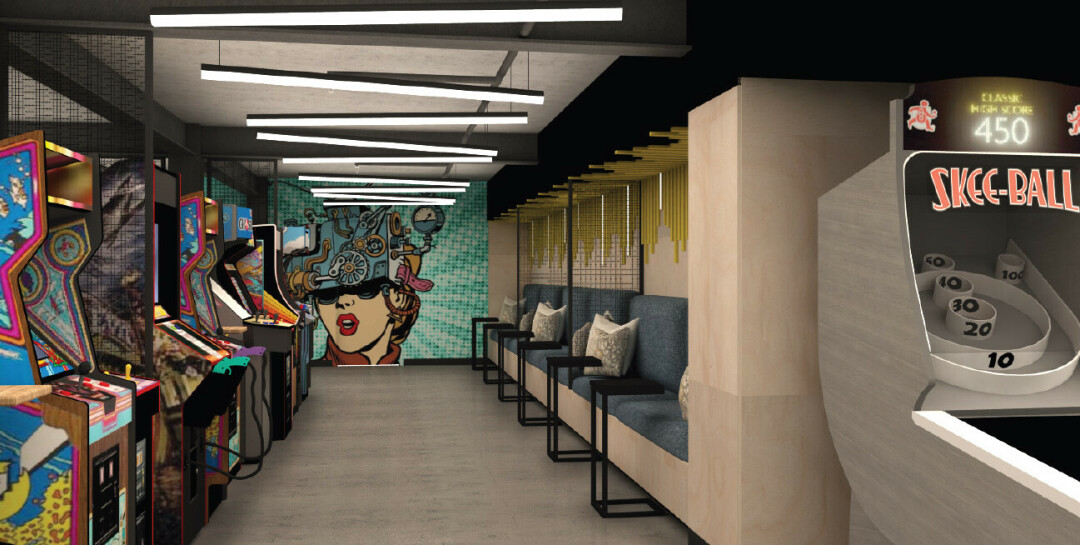 GET PLUGGED IN. Check out an artist's conception of the interior of the Reboot Social, a bar, restaurant, and arcade proposed for downtown Eau Claire, including several retro arcade games, Skee-ball, and furniture for socializing and hangin' with a coupla' friends. (Submitted image)

While the building at 220 S. Barstow St. was once a hotspot for kids, latest plans from its owner offer a glimpse at the building's dramatic transformation into an attraction for adults by as soon as this May.

Charlee Markquart and his business partners are remodeling the former Children’s Museum of Eau Claire into the Reboot Social – a multilevel mix of bar, restaurant, and arcade in downtown Eau Claire, which aims to open this spring.

“It’s a mix between a Punchbowl Social and an Up-Down Arcade Bar,” Markquart said, name-checking two Minneapolis establishments. “There’s so many different iterations of this kind of business now.”

Markquart originally purchased the building a year ago with the intention of making it the new location for Tokyo Japanese Restaurant, 2426 London Road. Once renovations began, however, it became clear that the project wasn’t architecturally feasible, in part because of the complication of adding the necessary venting for Tokyo’s teppanyaki grills. (Don’t worry about Tokyo, though: The restaurant will stay put, and in will undergo some remodeling to freshen up its look.)

All four of us are going to find it highly rewarding to be part of downtown Eau Claire. We love the city, we love the culture and the vibe.

co-owner of the planned reboot social

Originally, Reboot Social was going to be located in the building’s basement, but plans were quickly adapted to expand it to encompass about 14,000 square feet on the basement and ground-floor levels.

Despite all the fun and games, Reboot Social won’t be a place for kids – at least after 8pm, when it becomes a 21+ establishment. The classic arcade games (such as Galaga, Ms. Pac-Man, Donkey Kong) and pinball machines will appeal to nostalgic Gen-Xers and Millennials, Markquart said, while duckpin bowling – which uses smaller equipment than traditional bowling and doesn’t require the rental of bowling shoes – will be a unique, casual attraction, with lanes that can be rented by the hour. 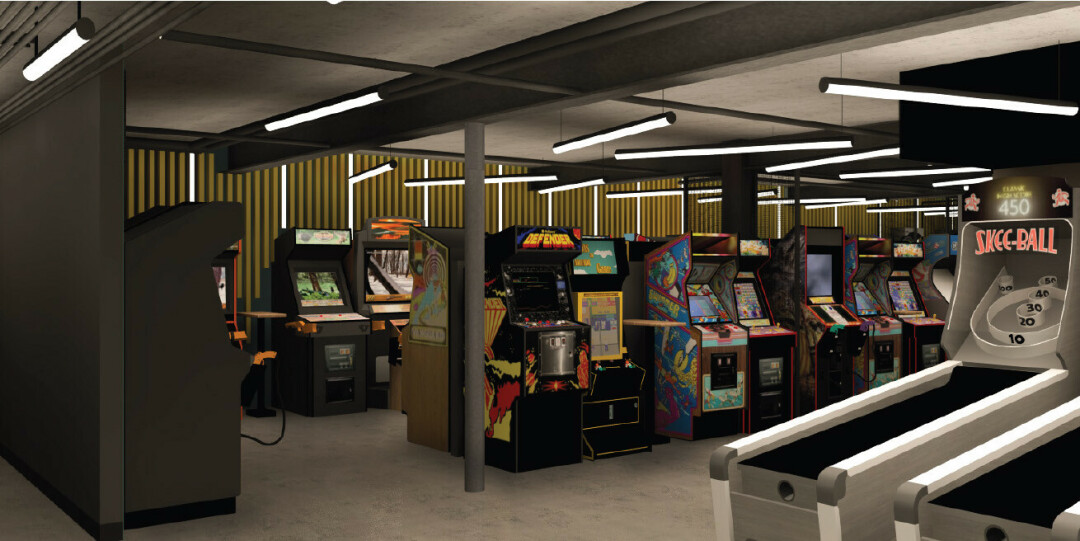 “All four of us are going to find it highly rewarding to be part of downtown Eau Claire,” Markquart said. “We love the city. We love the culture and the vibe.”

While the restaurant’s menu is still being formulated, it will be eclectic and will include pizza and American fare. Markquart and his partners have been busy buying classic arcade games to outfit the space, and remodeling is well underway.

The owners have applied for a liquor license from the City of Eau Claire, which will be the subject of a hearing by the Eau Claire License Review Committee on Tuesday, Jan. 4. The available license was previously held by O’Leary’s Pub, 809 W. Clairemont Ave. The pub closed earlier this year and was torn down when parts of the former Campus View Inn & Suites was demolished. 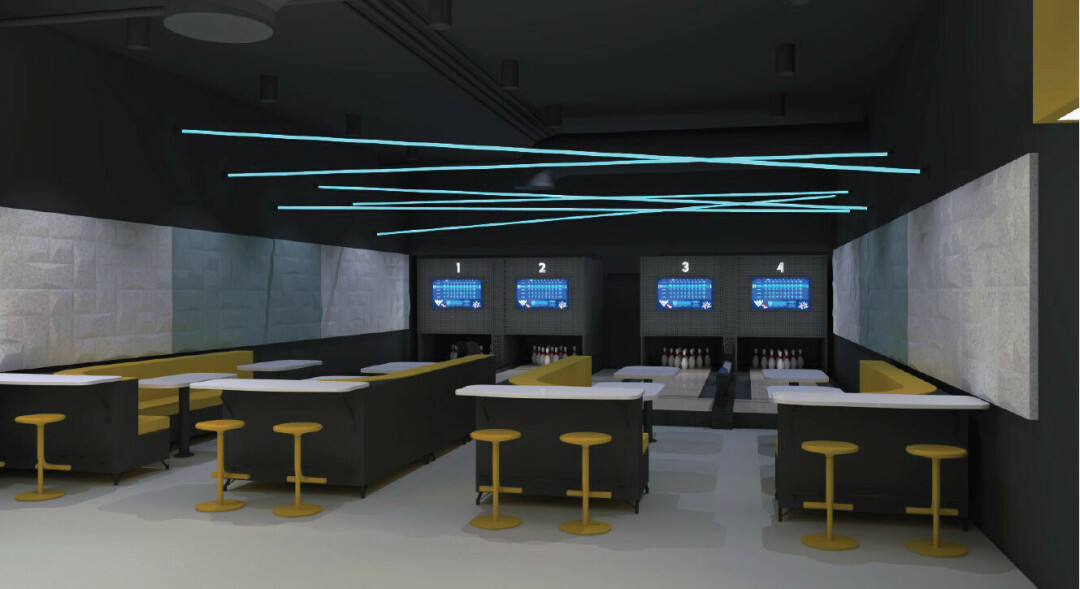 Another business, Fusion Management, is also seeking the same liquor license, and plans to use it at a reopened State Theatre, 316 Eau Claire St. The State closed in 2018 when the Pablo Center at the Confluence replaced it as the downtown’s major performing arts venue. According to documents filed with the city, Fusion Management is working to lease the State Theatre from its owner, Azara Properties, with the intention of renovating and revitalizing the building. “Fusion Management will be responsible for full facility management, restoring the theater to its former glory as a staple of the Chippewa Valley arts scene,” the application states.

Fusion Management is an Eau Claire-based event management, digital marketing, and hospitality company owned by Brian Sandy and Ben Peterson. Among other things, they are facility managers of Rock Falls Raceway and have been behind events including Carson Goes Country, Seymour Fever Fest, CV Drive-In, and the Big Rig Truck Show.