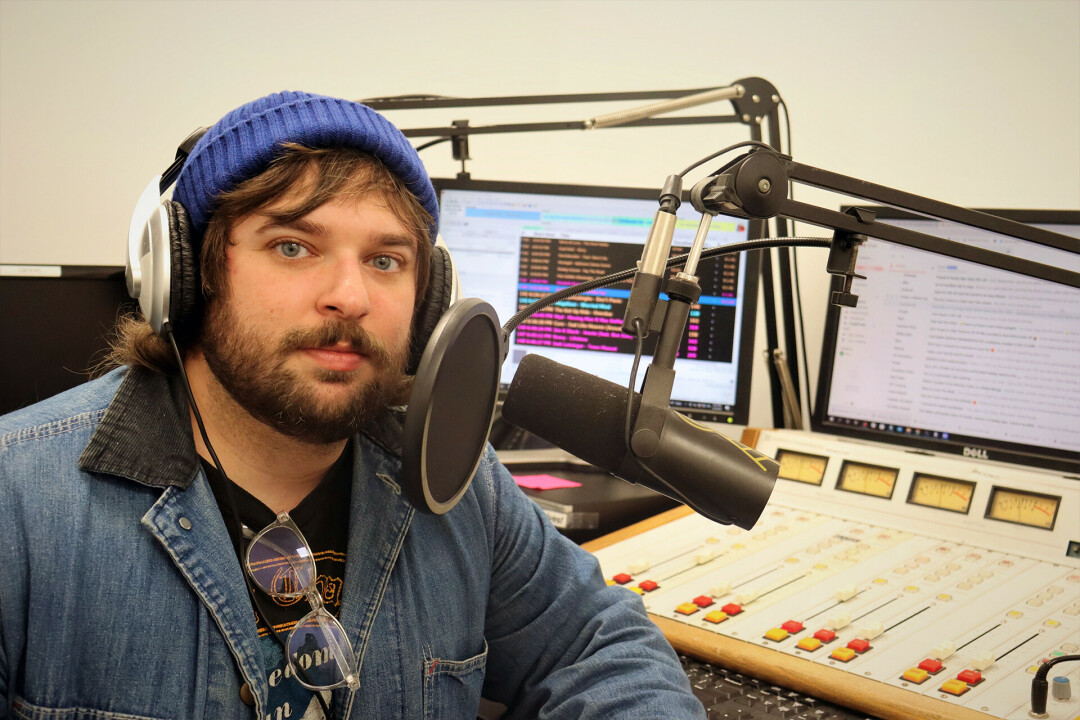 ON THE AIRWAVES: Jordan Duroe, host of Farewell Transmission on Converge Radio, lends his expertise on the genre to his new program.

Country music may not be for you, but a new local radio program may show you it is deeper than it seems.

"Farewell Transmission" is a new weekly hour-long radio program focusing on alt-country and Americana music, which airs from 5-6pm every Monday on Converge Radio 101.9FM. Host Jordan Duroe said the hope for the program is to show fans of local festivals Country Jam, Country Fest, Blue Ox, and Eaux Claires that there’s more out there than what’s on commercial radio.

“I think a unique thing about country music is that it’s a genre that perhaps more than any other speaks to our weaknesses, shortcomings, and hardships as human beings in a real way,” Duroe said. “It does this, though, most often with a sense of underlying resolve, and resiliency. I think it’s important to not shy away from talking about these things, and that’s why I think the show is worth doing and this area of music is worth highlighting and celebrating.”

"A unique thing about country music is that it's a genre that perhaps more than any other speaks to our weaknesses, shortcomings, and hardships as human being in a real way."

Throughout "Farewell Transmission," Duroe plays music from the likes of Tyler Childers, Jason Isbell, Willie Nelson, and everything in between. He said that the music played on the show will be something accessible to fans of the country music genre, but will also push people to get outside of their regular listening habits.

Specialty shows are an important aspect of Converge Radio, Duroe said, as they allow underserved genres the chance to bask in the limelight.

“There is already an eclectic mix of music within the normal Converge Radio playlist, but to set aside a bit of time to shine the spotlight on a specific genre is important,” Duroe said. “It exposes listeners to a style of music they might not have given a chance to otherwise.”

Station Manager Cullen Ryan said airing specialty programs such as "Farewell Transmission" are just one piece of the grand Converge Radio puzzle the station is putting together to reinvigorate the local radio listening audience in the Chippewa Valley.

“There’s obviously a huge hunger for arts and music in the Chippewa Valley,” Ryan said. “We have 15-20 people working really hard behind the scenes to bring you some really cool and exciting things very soon.”

You can listen to "Farewell Transmission" Mondays from 5-6pm on Converge Radio 101.9FM and online at convergeradio.org.