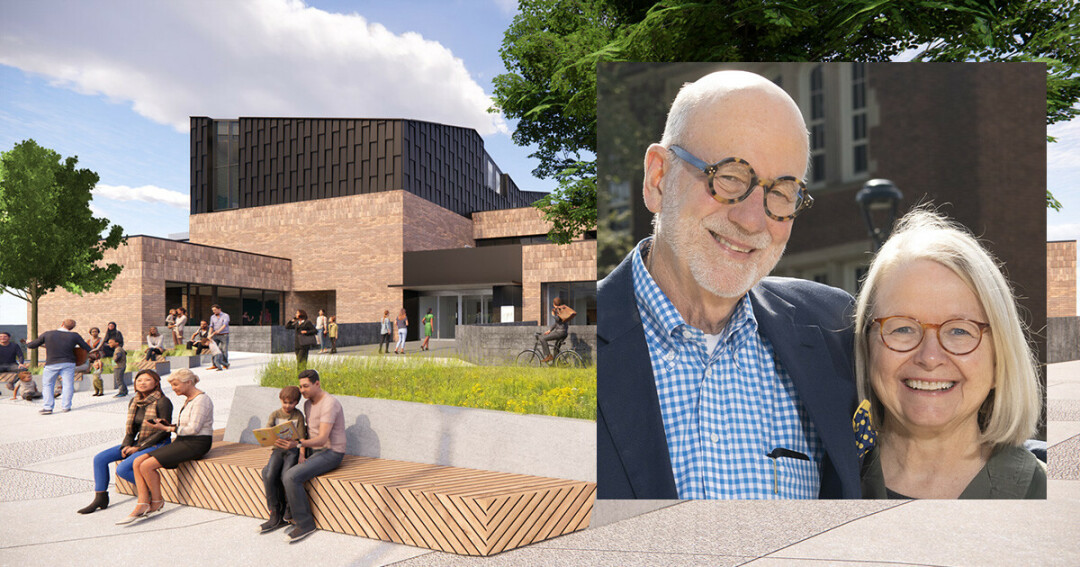 The generosity of an Eau Claire couple has pushed funding for the L.E. Phillips Memorial Public Library’s expansion to more than 98% of its $18.5 million goal. Jeanne Rebstock Foust and Brady Foust recently donated $100,000 toward the library’s Story Builder campaign.

“One of the great blessings in my life was the Redwood Falls, Minnesota Public Library,” Jeanne Rebstock Foust said. “What I owe it is immeasurable. Without a doubt, the books within its walls set me on the course that would become my life. … It is my hope that children entering the doors of the Eau Claire public library will too find that ‘There is no Frigate like Book,’ as Emily Dickinson so aptly wrote, ‘To take us Lands Away.’ ”

In a media release, Brady Foust explained the importance libraries during his youth. “I spent most of those (after-school) hours in the public library especially when the weather turned cold,” he said. “I remember vividly coming in from the cold into the warmth and light of the library and the smell of books. Mrs. Smith, the librarian, took an interest in me and introduced me to books I would have never found on my own. … I started reading The New York Times and The New Yorker because of her, introducing me to a wider world that I longed to explore and understand. I still read the Times every day and The New Yorker every week. Without her, I probably would be a much different person. … I had almost no adult supervision throughout my childhood. Mrs. Smith was one of the few (who was there for me) and I am all the better for her.”

Private fundraising for the library has nearly reached its its $7 million target. These private donations, coupled with $11.5 million from the City of Eau Claire to replace the library’s aging mechanical systems, will pay for the $18.5 million project.

The project, which began last spring, is slated for completion in the fall of 2022. It includes the addition of a third floor to the 45-year-old downtown library, as well as modernized study rooms, shelving, and even a drive-up window. Learn more about the expansion campaign at ecpubliclibrary.info/storybuilder.