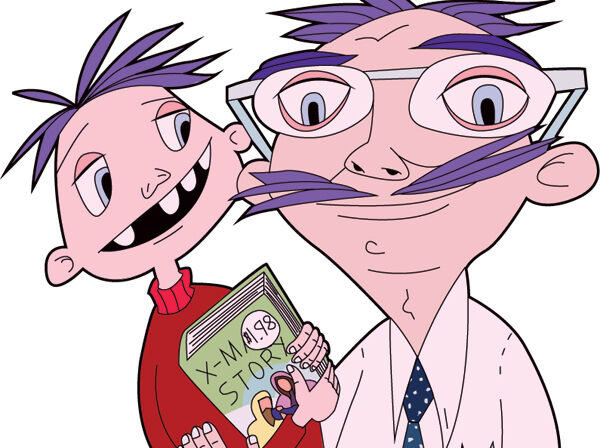 Picking a book for your child under normal conditions is risky business enough, but picking a book to introduce your two-and-a-half-year-old child to Jesus, choosing those words, and, more importantly perhaps, the pictures that will be his initiation into those mysteries was a responsibility I did not fully appreciate at first. 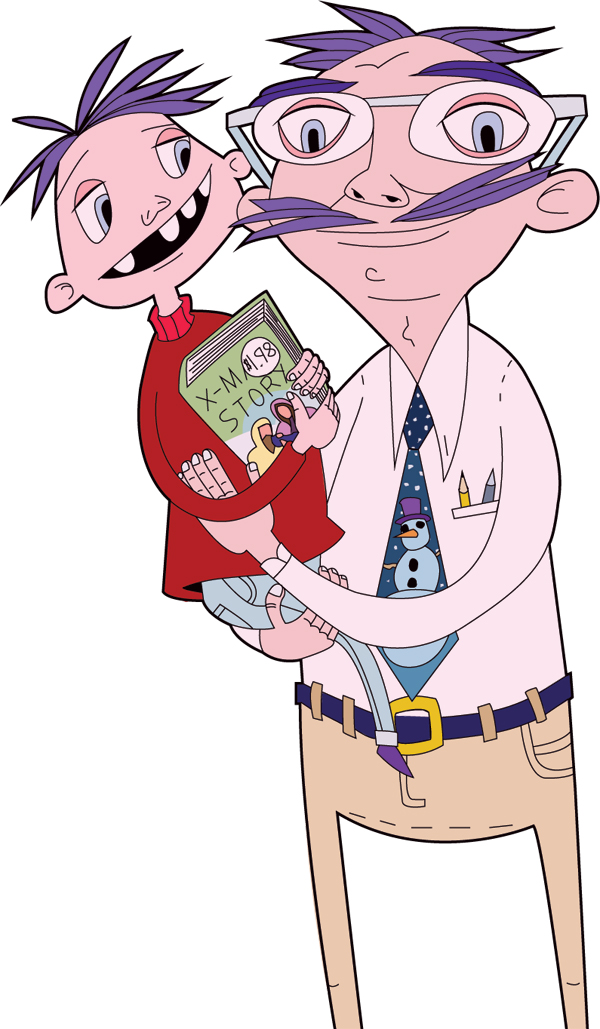 Normally such a decision would not and should not have ended up so lightly in my lap, but the job became mine when my wife went into the hospital three weeks before Christmas, trying to suppress premature labor with our second child who was not due until the end of January.

So in the hospital, as we were discussing what to buy Noah for Christmas, a train of some kind, a sturdy sled to pull him upon that perfect Christmas snow we all remember or imagine we do, she said, “Get him a good book to show the other side of Christmas – you know, the Jesus story.”

I would like say that as Super Dad I leapt into action, examining and comparing the available texts, reading reviews, consulting various authorities. But I had only two hours away from Noah while he visited with his mother, so I grabbed almost the first book I found, glad to find one at all that didn’t offend me during the 20 seconds I perused it. At $1.98, it was well within my budget and cheap enough, anyone would say, for divine revelation. In fact I have a vague recollection of being charmed by the illustrations, very stylized, childlike figures, very simple, neither nebbish nor Smurf, not Care Bear, Transformer, Gobot nor G.I. Joe, neither Barbie nor Kenish, nor recognizably the trademark of any franchise, movie or movie sequel.

That night with Noah, our first time through the book, I asked him to look for certain things he knew – trees, stars, snow.

That night with Noah, our first time through the book, I asked him to look for certain things he knew – trees, stars, snow.

At first, about this story fairly central in one way or the other to almost anyone who is going to live in the Western world, his only question was, “Am I going to get more presents than Jesus?” I resisted the temptation to count in my head.

Now, having been a teacher for many years, I am used to lessons going wrong, but I also knew if I could just keep my audience awake, I still stood a chance.

“Read it again,” Noah requested, as we all know he would, snuggling a little deeper into my arms. 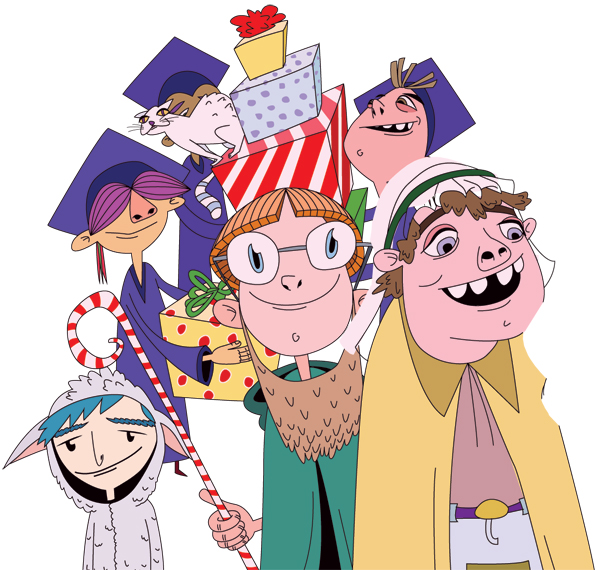 The second time through, I caught on to the structure of the book, the angle if you will. And, I’ll have to admit, it was not a bad choice if you’re trying to present this story to very young children, but even then I thought there should have been a warning label on the front cover or at least a spoiler alert.

This was a story within a story, a play within a play, a deconstructionist’s dream: a book about a group of children performing in a Christmas pageant. How I missed that I can only offer up to my haste, my nonchalance, and, as a first-time parent, my total lack of experience.

Of course the Joseph and Mary on the cover are only children, given how innocent they were, even beyond what they need be. And Jesus, per usual, is doll-like, but the star is, well, cardboard, painted yellow with one white Christmas tree bulb poked through the middle, suspended on a barely visible line, trailing an extension cord all the way out of the frame.

Angels also were dangling from some unseen rafter, two – a boy and a girl, Noah decided – though they were exactly the same, as angels are supposed to be. He named them Jack and Jill.

And on the inside title page, which you always skip with kids’ books since you know there will come a time when you’ll be desperate for something new, was an angel, Jill we think, about a second-grader I’d guess, peering through the curtain timorously at the audience, which is of course the reader. As the story proper begins, the fourth wall falls away. All the world’s a stage, just like Shakespeare said it was.

The second time through I noticed a kitten, cute to clubbing, surprisingly tucked somewhere on about every other page, a patchwork donkey, cross-eyed with a goofy smile, wearing different colored sneakers on his front and rear feet, a huge sag at the middle, and a bow tied around its tail. Shepherds, like cowboys, I tried to explain, but on foot with sheep instead of cows, actually all lambs it looks like, curly and sweet, spring-fed for eternity. Wise men – hey must be, they’re wearing their graduation caps and gowns – bearing unimaginable, unpronounceable gifts wrapped in snowflakes and candy cane-topped with oversized badly tied bows.

It wasn’t Mary or Joseph, or the virgin birth, or Jesus swaddled in a manger, but those damn angels – if you will excuse the expression – that gave me the most trouble to try to at least paraphrase never mind explain, peeking over the edge of a page, here one minute then gone just when you seem to need them. It would be one thing to have them like the star, floating up there somewhere, hovering over everything, too proud we imagine, too disappointed, or just too tired and maybe a little scared to come down to our level. It is another to have angels, arms all akimbo like they just stuck a landing, perching at different levels on the same wobbly ladder held from below by another angel, a smaller one, maybe a junior angel or probationary.

It wasn’t Mary or Joseph, or the virgin birth, or Jesus swaddled in a manger, but those damn angels – if you will excuse the expression – that gave me the most trouble to try to at least paraphrase never mind explain, peeking over the edge of a page, here one minute then gone just when you seem to need them.

What’s this, Noah didn’t have to say, just pointed a certain way.

And these, his finger waggled to indicate the plural.

“Feathers, you know like on birds. Angels can fly, up in the sky.”

“Like an airplane?” he asked, that being one of his favorite words recently.

“No, birds. You know, great big white shining ones.” He nodded though I don’t think either of us was sure what I meant, neither ever having seen such a creature.

“So what’s this?” He eyed me sideways, his finger stalled upon what I feared it would: the lines, wire, rope, whatever it was that was keeping that one bright star from crashing down to earth. I turned the page.

Later, on Christmas, Noah, much more interested in playing with his mother’s rolling I.V. stand than the train I finally found for him, the three of us seemed the only living souls on that wing of the hospital when we heard singing coming from some distance. We knew a local church would be caroling, so we put Mom in her wheelchair, unplugged her I.V. from the wall, grabbed the string to pull the train behind us and rolled out into the hall. Almost a dozen people, young to old, stocking-capped and be-scarfed, raising their joyful noise all through the hospital halls.

I would like to tell you they sang “What Child is This” or “Angels We Have Heard on High,” but I really don’t remember what they sang, but they sang it just for us.