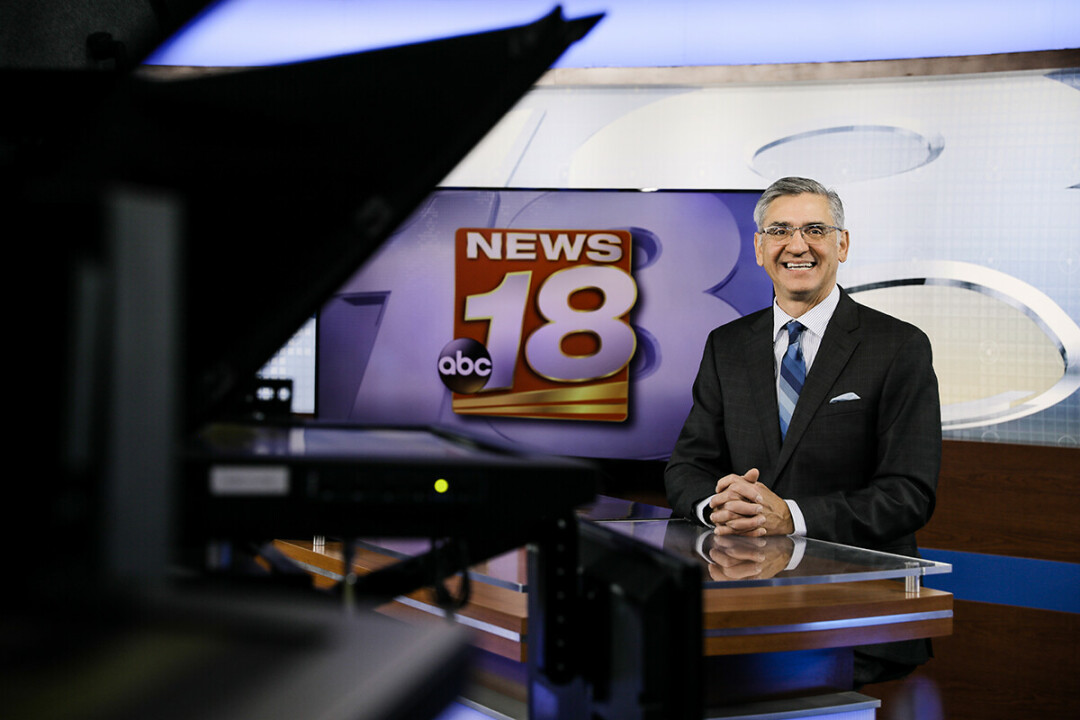 Keith Edwards, anchorman for WQOW News 18, likes to think he’s a pretty down-to-earth guy. Though he has helped keep Wisconsin informed for more than 40 years (almost a decade with WQOW!), he enjoys pretty Midwestern stuff outside of the newsroom: hunting, fishing, and hitting up local bike trails. He usually cycles around 12-14 miles a day, five days a week. He also occasionally enjoys a Dairy Queen M&M Blizzard.

How long have you lived in the Chippewa Valley?

About 50 years. I moved to Lake Hallie with my family in 1967, when I started  fourth grade. My mother and father owned a burial vault company. I graduated from Chi-Hi, worked in Tomahawk and then Neillsville for three years as a country music DJ and news director before moving back to Eau Claire permanently in 1981.

What is the weirdest, or most bizarre, thing you have ever reported on?

A Clark County newspaper delivery guy swore he saw Bigfoot, eight-feet tall, carrying a goat, along a county highway. And an area man who caught some teens stealing his property, so he made them paint his kitchen. Also, the suspected burglar in Burnett County, who fled sheriff’s deputies by running into the woods and climbing a tree, then jumping from tree to tree, to avoid his pursuers. The deputies finally cut down one of the trees he was in, and caught him.

What frustrates you about Eau Claire?

Too many stoplights on Clairemont Avenue!

If you could play kubb with one person from the Chippewa Valley, who would it be?

Love Zach Halmstad, co-founder of Jamf. I admire his entrepreneurship and his philanthropy.

Describe a really rewarding experience in your job.

I’d have to say the most rewarding day in my career was reporting that Jayme Closs had been found safe. I can’t begin to describe the emotions that I, and my co-workers, felt that day in the newsroom. From the beginning I followed and reported on her disappearance and the tragic events surrounding her kidnapping.

What do you think the Chippewa Valley really needs?

I’ve been saying it for about 30 years: a multi-level parking ramp on the UW-Eau Claire campus. It would make parking more convenient for students and visitors, and get all of those cars parked in front of neighbor’s homes off the street.

That advice columnists Ann Landers and Dear Abby (who were sisters, I believe) were from Eau Claire.

What is one thing most people don’t know about TV news and how it works behind the scenes?

How much time it really takes to put together a TV news story. Besides getting information and an interview, the story has to be written, the video has to be edited, camera cues, talent cues, and director cues have to be put into the script, along with numerous graphics that appear on the screen for each story.