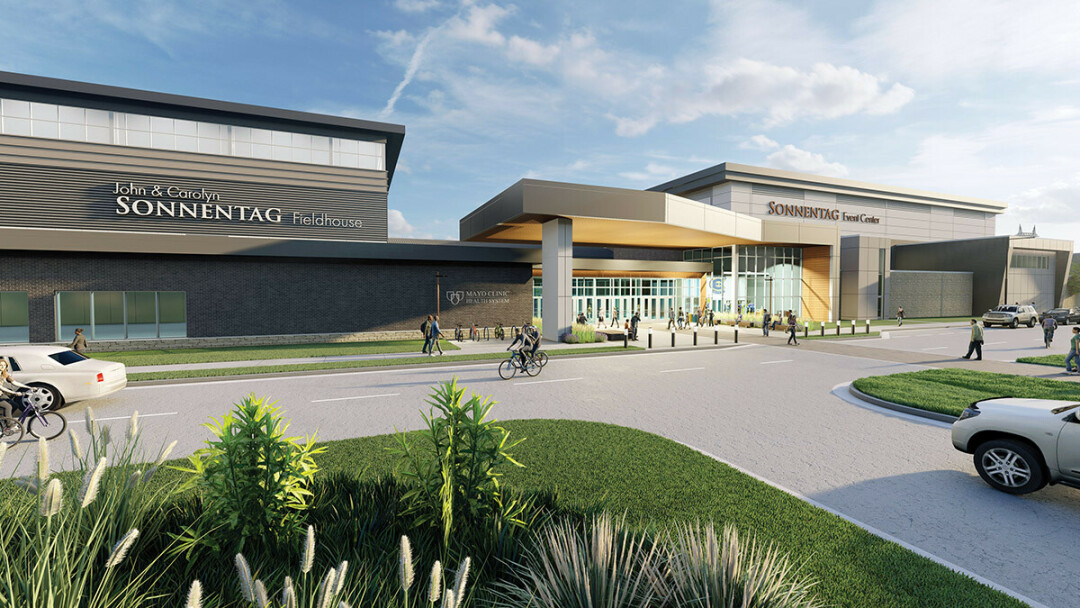 In the realm of local – even statewide – philanthropy, it’s a staggering gift: John and Carolyn Sonnentag have pledged $70 million to UW-Eau Claire to ensure their alma mater can built a long-sought-after major event facility.

The gift of cash and land, officially announced at a press conference on Monday, Dec. 6, will ensure construction of the County Materials Complex – which will include the Sonnentag Event Center and the John and Carolyn Sonnentag Fieldhouse – on Menomonie Street.

“Never in my wildest dreams would I imagine that 100% of the philanthropy for a project would come from one donor,” said Kimera Way, president of the UW-Eau Claire Foundation. “This has been a long and winding road over the past few years, but this incredible gift will improve the quality of life for all Blugolds and it will benefit Eau Claire and northwestern Wisconsin.”

Never in my wildest dreams would I imagine that 100% of the philanthropy for a project would come from one donor. 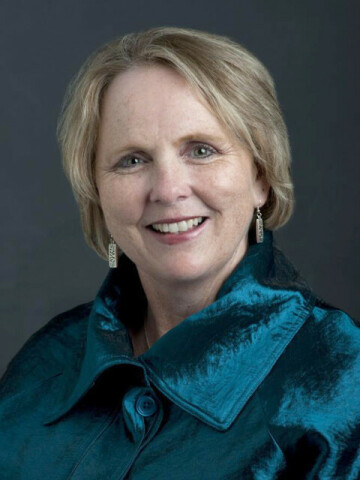 Construction will begin on the project as early in the new year as practical, and the facility should be ready to host the university’s graduation ceremony in 2024.

“The generosity of the Sonnentags is simply remarkable,” UWEC Chancellor James Schmidt said. “This is truly an institution-shaping gift that will have a positive impact on tens of thousands of people for decades to come.”

Prior to the Sonnentags’ $70 million announcement, the largest gift in the university’s history had been an anonymous $10 million pledge made in October.

“It’s definitely among the largest gifts to an institution of our size and type in the country,” Way said of the Sonnentags’ donation.

The 170,500-square-foot facility, which will be about 1 mile from UWEC’s main campus, will replace 70-year-old Zorn Arena. According to UWEC, “The new multipurpose facility will have a capacity to hold 5,000 people, and in addition to the Sonnentag Event Center, will house a center for health and wellbeing, facilities for the Blugold men’s and women’s basketball teams, athletic department offices and a 100-yard field house.” The complex will also include a Mayo Clinic Health System sports medicine and imaging clinic, which will cost approximately $15 million.

The total cost of the project will be an estimated $107 million. In addition to the Sonnentags’ gift, funds will come from UWEC student fees (students approved a referendum on the subject last spring), Visit Eau Claire, and the City of Eau Claire. Most of the city’s share of the funding will come via a Tax Incremental Financing District, in which a project is partially funded through new property taxes generated by private construction.

The UW System Board of Regents voted to support the project, and the Eau Claire City Council finalized an agreement on the city’s portion of the project earlier this fall.
John and Carolyn Sonnentag – who graduated from UWEC in 1966 and 1967, respectively – had originally announced a gift of $10 million in land and funds to the UWEC Foundation in August 2014. The 25 acres along Menomonie Street included property that was, at the time, home to the Sonnentags’ family business, County Materials Corp.

“Carolyn and I feel that the UW-Eau Claire and Eau Claire communities have made such a great contribution to our lives that we want to give back in whatever capacity we can,” John Sonnentag said when the original gift was announced in 2014. “We are very pleased to make this project happen.” 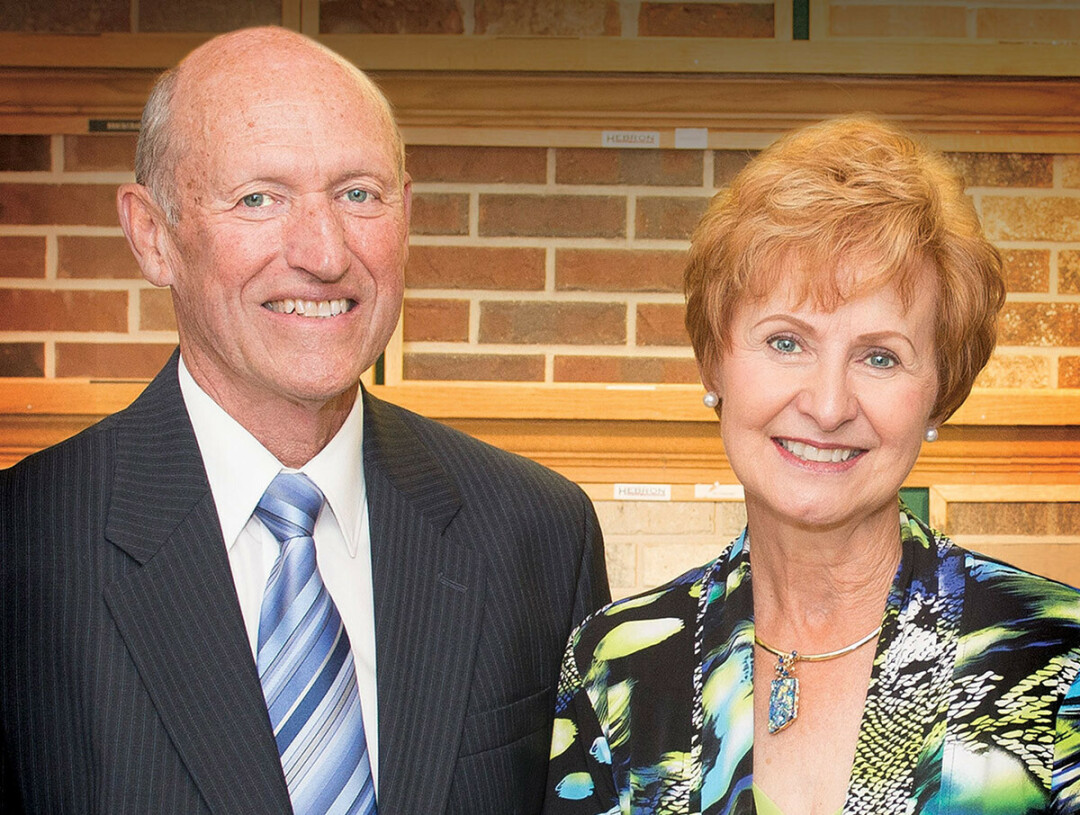 The Sonnentags have stuck with the project through ups and downs, including the departure of a onetime partner (the Eau Claire YMCA originally planned to built a new facility as part of the complex) and a worldwide pandemic (groundbreaking had originally been slated for the summer of 2020).

“(They) have demonstrated amazing patience with us over the life of the project,” Way said. “They wanted to ensure that we were going to get this done.”

While exact figures are hard to pin down, it’s safe to say that the Sonnentags’ $70 million gift is historic. It’s likely one of the largest in the history of the UW System, the biggest being a $125 million challenge pledge made by John and Tashia Morgridge to UW-Madison earlier this year. The former CEO of Cisco Systems and his wife are also responsible for what is likely the largest philanthropic gift in Wisconsin history: a $175 million donation in 2007 to create the fund for Wisconsin Scholars, which gives grants to needy Wisconsin grads to they can attend public colleges and universities in the state.

Meanwhile, if an online database maintained by the Chronicle for Philanthropy is accurate, the Sonnentags’ gift is among the 10 largest in Wisconsin in the past 20 years, behind only several gifts by the Morgridges, a $100 million bequest to the Community Foundation for the Fox Valley Region in 2018, and anonymous $85 million donation to UW-Madison in 2007.