in face of pandemic, ‘we’re starting to sound like responsible grown-ups,’ organizers say 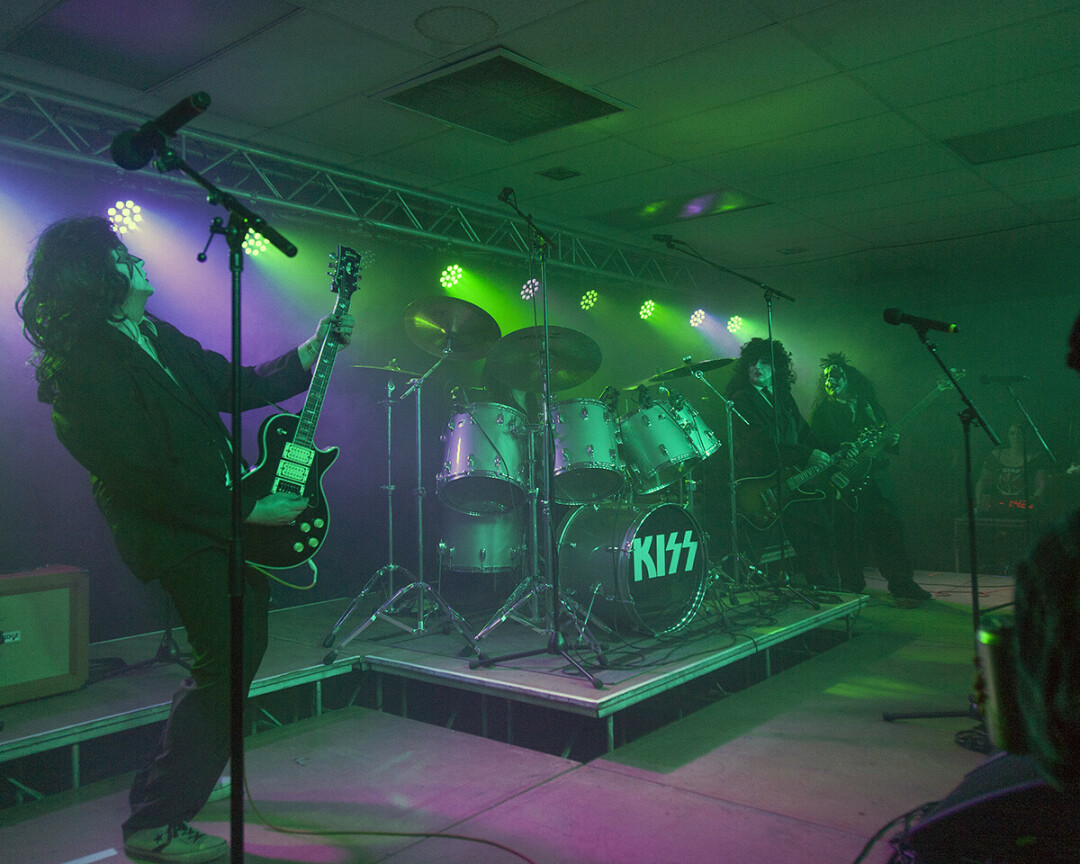 ROCK AND ROLL ALL NITE (EXCEPT FOR THIS YEAR). Kiss cover band Dressed to Kill performed at Decadent Cabaret 41 in March 2020.

Worries about a wintertime surge of COVID-19 have put an annual local musical event on ice for another year.

The organizers of Decadent Cabaret – a multi-day musical party that typically features 40-plus local bands – announced Thursday that they were putting the fun on hold for 2022.

While Decadent Cabaret had been an annual Eau Claire event since 1980, its 42nd incarnation was canceled for 2021 because of the pandemic. “Unfortunately, we find ourselves in the exact same boat we were last year at this time,” organizers said in a statement posted on Facebook. “We can’t push forward in good conscience, when the coming months are so uncertain.”

“We’re starting to sound like responsible grown-ups, but in no way do we want to become an event that brings about someone's illness.”

Decadent was most recently held at Brickhouse Pub & Grub in March 2020, just before the pandemic lockdown hit Wisconsin – and after the event had to move from The Metro following a fire at that downtown venue). Before it was held at The Metro, Decadent made its home for years at the now-shutered House of Rock on Water Street. The festival often featured local bands from numerous genres playing cover sets, often with outrageous costumes. Decadent’s own Facebook bio sums it up nicely: “Halloween-meets-Mardi-Gras-meets-music-video musical spectacle!”

Organizers say they hope to return in March 2023 for the long-delayed Decadent Cabaret 42. Here’s the full statement from Facebook:

We want to bring everyone up to date on where things stand with Decadent Cabaret 42.
Unfortunately, we find ourselves in the exact same boat we were last year at this time. We can't push forward in good conscience, when the coming months are so uncertain. We don't want to ask the bands to spend three months prepping a set that stands a good chance of getting shelved. We don't want to ask attendees who travel hours to lose money on travel plans, hotel reservations, etc.

As we’ve been talking to industry professionals, it has become clear that nobody is counting on shows being able to be reliably scheduled through the winter months. That combined with insurance costs leaves us with very little choice.

We’re starting to sound like responsible grown-ups, but in no way do we want to become an event that brings about someone's illness. Decadent Cabaret has always been about coming together to celebrate the music and friendships. We don’t want to tarnish that.
So, we’ll keep finding little ways to remind you that we’re still here, and we’ll do our best to bring you Decadent Cabaret 42 in March of 2023.