Sharpen Those Skates! E.C. Will Re-Open Rinks This Winter

Newell Park and Mitscher Park will again have ice 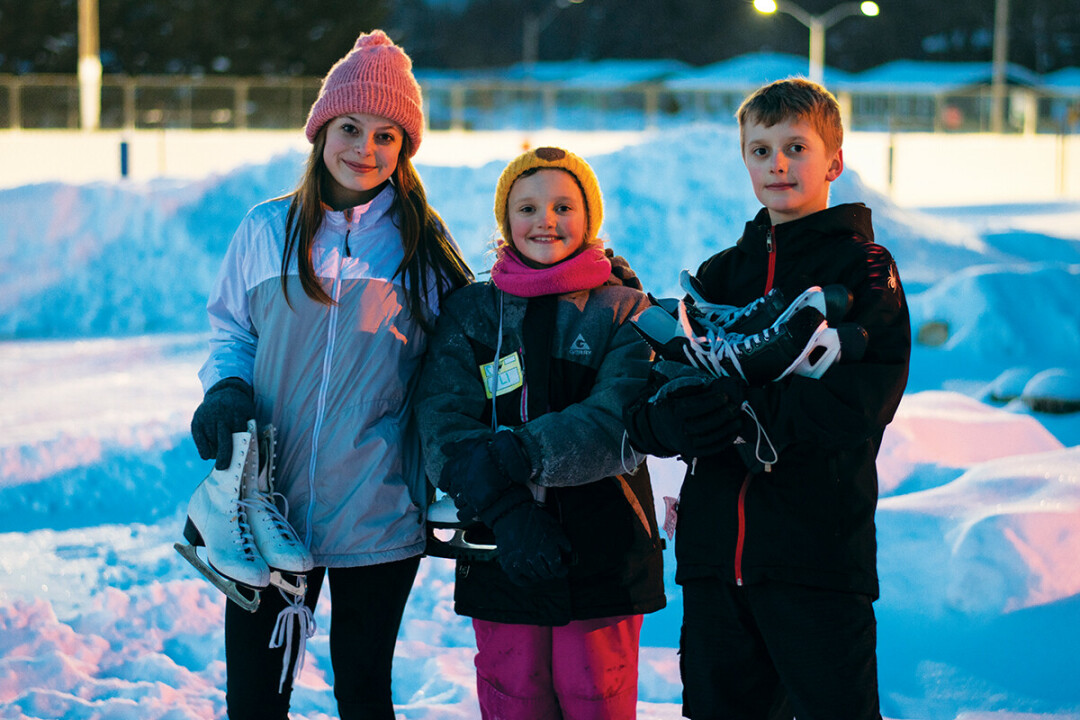 SHARPEN THOSE SKATES! Get ready to slip, slide, and glide throughout the Newell Park and Mitscher Park ice rinks as soon as the temps reach consistently below freezing!

Slip, slide, and glide on over to two new ice rinks, all thanks to Eau Claire’s Blayne and Holly Powell and the collective effort of local families dedicated to bringing them back this winter.

Newell Park – a.k.a. Shawtown Park – and Mitscher Park will both have their own public rinks once the temperate is low enough.

After the Powells moved to the Mitcher Park neighborhood in the winter of 2020, they were most excited about the prospect of an ice skating rink. But they quickly realized there wasn’t one, so they rolled up their sleeves and looked into what they needed to do to get it reopened.

We are really grateful to the city officials for making this work.

It's nice to see the community in action like this and how it can result positively.

After contacting their area representative, City Councilmember Emily Anderson, the Powells started a petition to open up the Mitscher Park ice rink, which was reportedly closed years ago because of budget cuts. After barely a day, they had more than 250 signatures, and were contacted by WQOW News 18 for an interview. The petition blew up shortly thereafter.

“After that, it was just a matter of running through the process,” Blayne said. “We were just trying to think of some different options, and it didn’t seem like it was going to work this year.”

Barriers to reopening the ice rink included obtaining private funding and the person-power to get the ice rinks up and running. But there was one way around it; instead of maintaining every ice rink in the area every day, make it every other day.

That’s when Shawtown was included into the loop, and the neighborhood worked to open their ice rink as well.

“We are really grateful to the city officials for making this work,” Blayne said. “It’s nice to see the community in action like this and how it can result positively.”

Ice rinks at both parks (Newell/Shawtown and Mitscher Park) will open once temperatures are consistently below freezing so the ice is cold enough to freeze. Keep your skates at the ready!