‘It doesn’t matter what profession you’re in,’ he says. ‘It’s OK to talk about mental health.’ 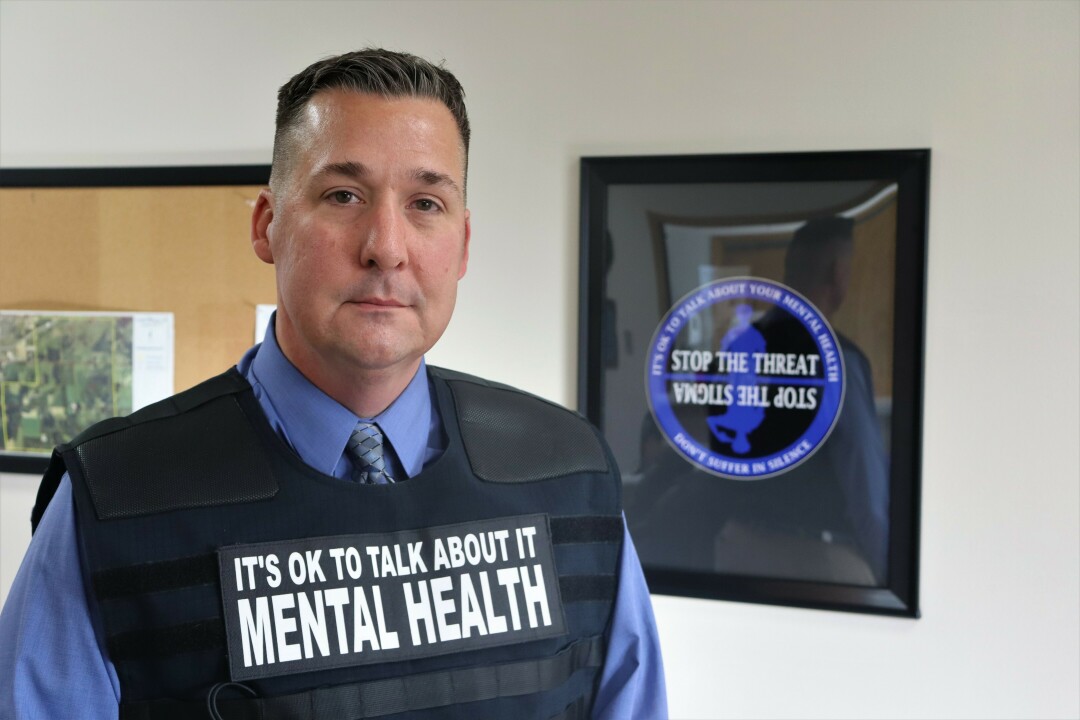 STOP THE STIGMA. Longtime law enforcement professional Adam Meyers was traumatized by his experience using deadly force against a civilian in 2016 in self-defense. Now, he helps others struggling with mental illness cope with traumatic circumstances – or any type of mental illness – in an effort to speak up and advocate for more conversations about mental health. (Photo by Parker Reed)

“Some people laugh about my struggle, and tell me I should just get over it because I’m weak,” Lake Hallie Police Officer Adam Meyers said of his struggle with mental illness. “People sometimes consider talking about mental health just whining, but I welcome that. Even if someone is making a negative comment, we’re still talking about mental health. Good or bad, it’s all important.”

After serving as a police officer for over two decades, Meyers was put in the situation that no law enforcement professional wants to ever be put in: using deadly force against a civilian. But in April 2016, he was forced to do exactly that when a 25-year-old woman, armed with a hatchet inside the Lake Hallie Walmart, lunged at him.

After providing verbal warnings for the woman to drop her weapon, Meyers shot the woman – a resident of the Northern Center for Developmentally Disabled in Chippewa Falls – in the abdomen and once in the leg. Paramedics were immediately called, and the woman was transported to the hospital. Unfortunately, she died following surgery at an Eau Claire hospital.

That memory is with me every day. It’s something I don’t take lightly.

And I hope by sharing my experience with others, it will inspire them to address their mental health and help others along the way.

Founder of Stop the Threat – Stop The Stigma

The experience traumatized Meyers, plaguing him with feelings of guilt, even though “he did what he was trained to do,” said Chippewa County Sheriff Jim Kowalczyk, according to The Associated Press.

But those same emotions eventually inspired him to launch Stop the Threat – Stop the Stigma in 2020, a business devoted to eliminating the stigma around mental health in a profession that is often directly linked to facing dangerous life-or-death situations. 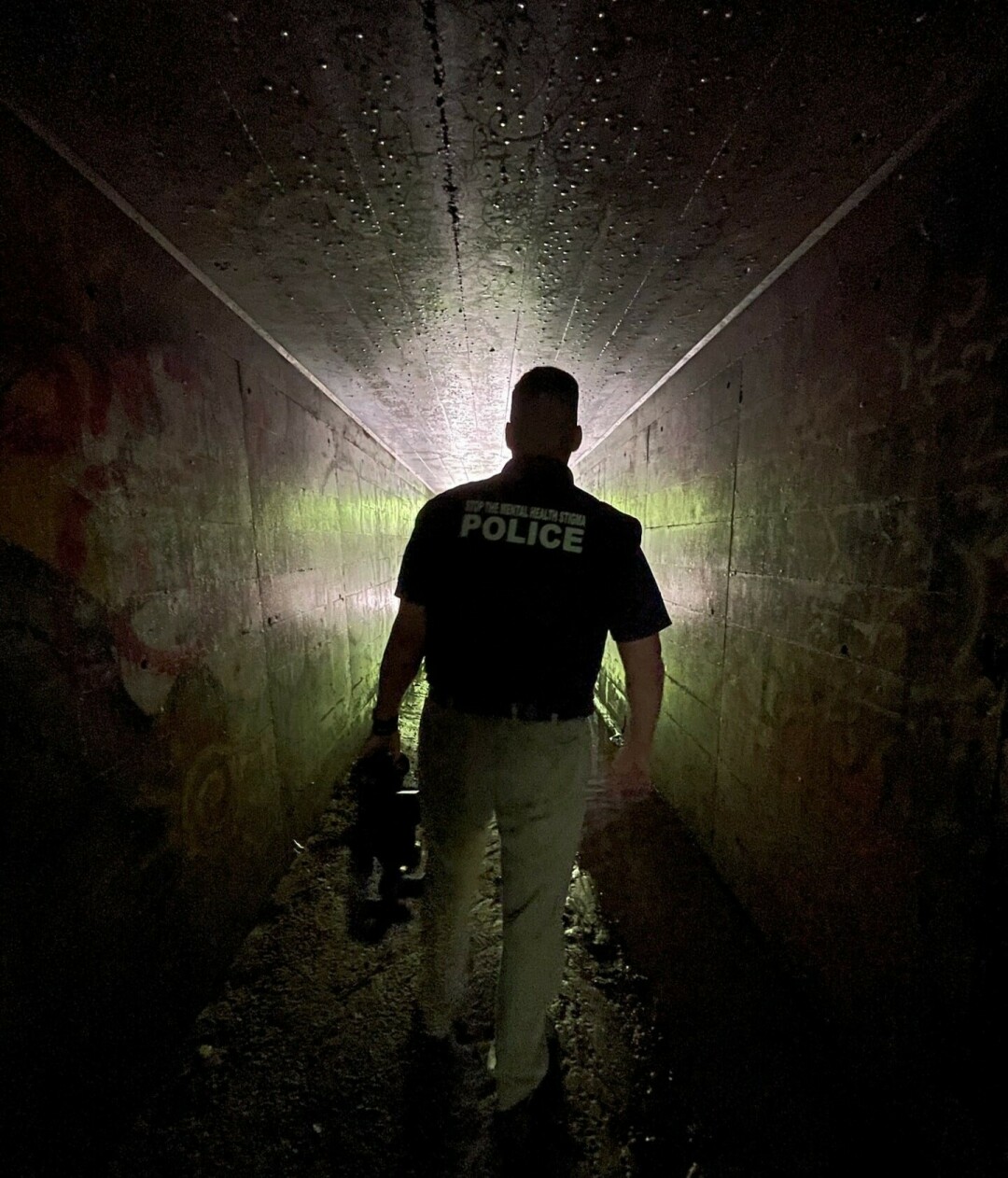 As part of his business, Meyers offers advocacy for mental health in law enforcement through his website and a two-hour presentation, in which Meyers shares his history with mental health struggles. His experience with the harsh reality of working in public service, he shared, forced him into a dark place for many years.

“When I was spiraling down, I didn’t care what I did,” Meyers said. “I’d drink a pint of vodka and sleep my day away to try and escape the problems I was experiencing. I’m ashamed of it, and it’s embarrassing to reveal that, but it is important to share it so people know the struggles law enforcement goes through.” 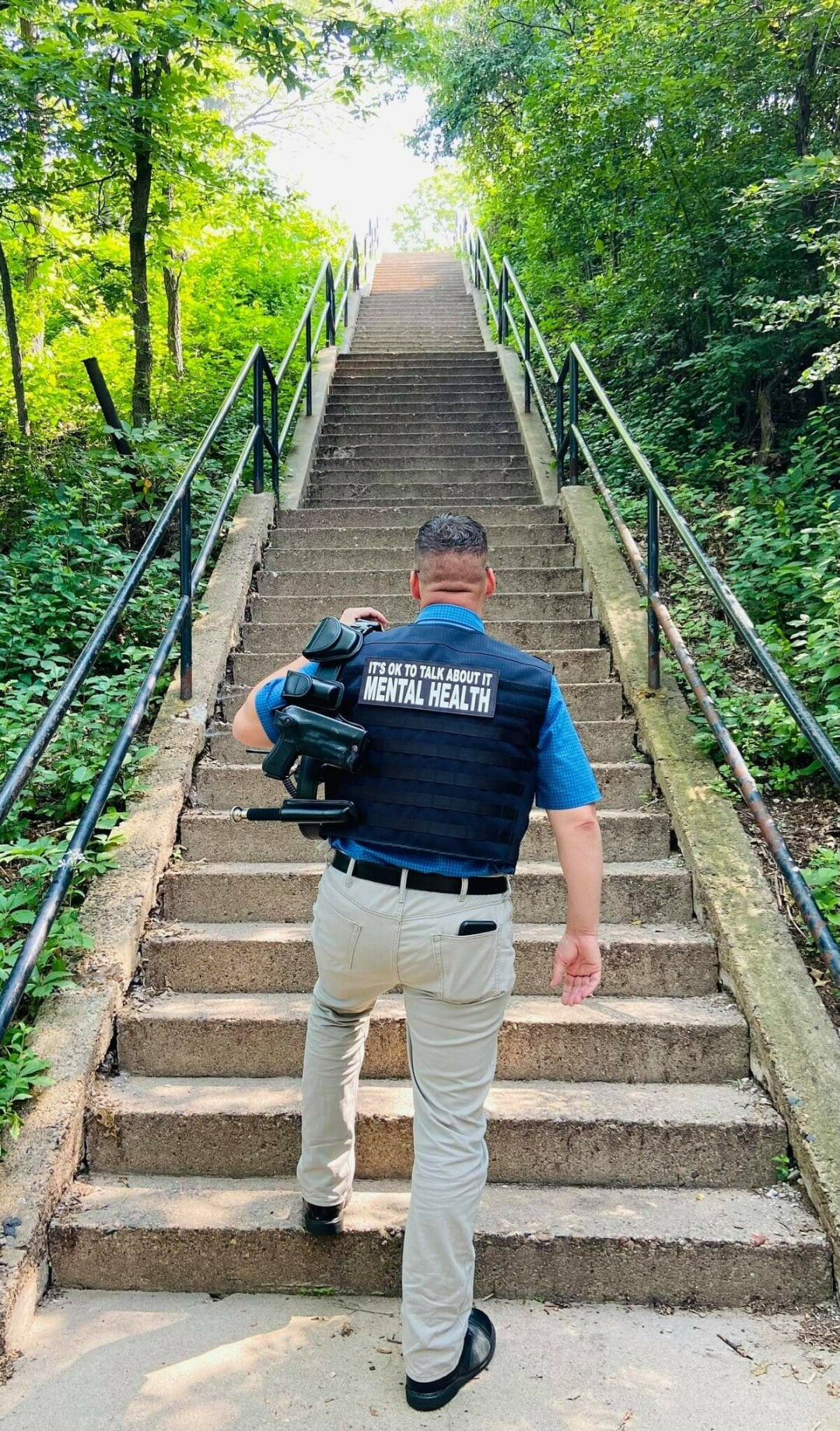 Stop the Threat – Stop the Stigma focuses on identifying negative coping mechanisms and developing positive ones – something that people of all industries and professions can use to adapt to traumatic circumstances. The business offers a variety of resources for those struggling with mental health issues in any profession.

“It doesn’t matter what profession you’re in,” Meyers said. “It’s OK to talk about mental health. You don’t need to suffer in silence. I was involved in a situation where I had to use deadly force against someone, and that memory is with me every day. It’s something I don’t take lightly, and I hope by sharing my experience with others, it will inspire them to address their mental health and help others along the way.”

Meyers urges anyone struggling with mental illness to contact friends, family, and medical professionals to determine a best course of action to cope and recover in a way that is beneficial for each individual.

For more information on Stop the Threat – Stop the Stigma, visit their website at  stopthethreatstopthestigma.org.