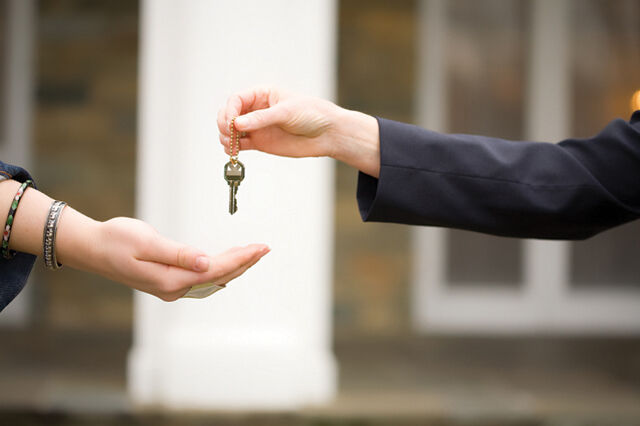 The Ready-to-Rent program – which launched its first series of classes earlier this year – was created to serve potential tenants who face barriers to renting, such as homelessness, a criminal background, or a history of eviction. Advocates say landlords are particularly reluctant to rent to such people, especially because of today’s tight housing market.

The program has two components: education for renters and a risk mitigation fund for landlords. Potential renters – identified by case managers as people who are homeless or at risk or losing their housing – who successfully complete two, four-hour classes will receive certificates outlining the skills they have learned.

You can really change a generation.

It's not just the one person you're helping, it's their children now – they're going to have access to resources.

Current or potential landlords who rent to program graduates will then have access to a risk mitigation fund to compensate them for potential damages to their properties.

“When you’re able to have a family who has historically been locked out of let’s just call them ‘legitimate rentals,’ you really can change a generation,” said Susan Wolfgram, a representative of the program. “It’s not just the one person you’re helping, it’s their children now – they’re going to have access to resources.” 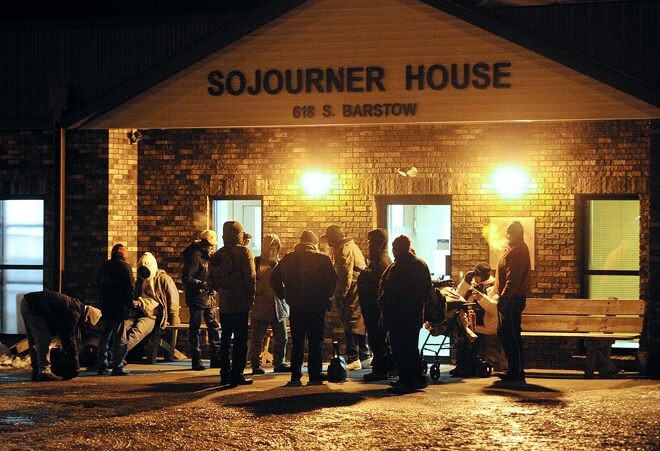 FINDING A PLACE TO CALL 'HOME.' Homelessness has been on the rise in the Chippewa Valley for a number of reasons. Learn more about the factors that play a role in the rise of unhoused individuals in the area in our recent feature story,  "No Place to Call Home," written by longtime local reporter Julian Emerson.

In addition to Wolfgram – who co-chairs Affordable Housing Taskforce for JONAH, a grassroots social justice organization in Eau Claire – partners in the program include TJ Atkins, executive director of the Community Table and member of the Eau Claire Dairyland Housing Coalition; Scott Allen, the City of Eau Claire’s community development director; and Jenny Chaput, who serves as education facilitator for the Ready-to-Rent program.

Chaput said the program targets people who are homeless or at risk of becoming homeless, with referrals made by case managers from various social service agencies.

Between classes held in August and October, five people have successfully completed the program. Classes are also planned in January and March, with the January classes already full.

However, the program’s success also hinges on getting landlords involved, too – and that’s been a challenge. For landlords who have had bad experiences with renters in the past, current low vacancy rates mean there’s not much incentive to give potential renters a second chance, Wolfgram said.

“This is going to sound corny, but we are going to need a dose of grace,” she said.

So far, while some individuals have gone through the program’s educational process, no landlords have signed up. Partners are working to change that and are pursuing one-on-one meetings to help invite landlords into the program.

“I have spent the majority of my career efforts in understanding community housing, resources, housing programs and, most importantly, landlords,” said Chaput, who also serves as housing program manager for UCP of Western Wisconsin. “These efforts have resulted in an understanding of landlord’s perspectives not necessarily understood by so many others who often perceive landlords as ‘the bad guys’ or who ‘don’t care about anything other than the money.’” 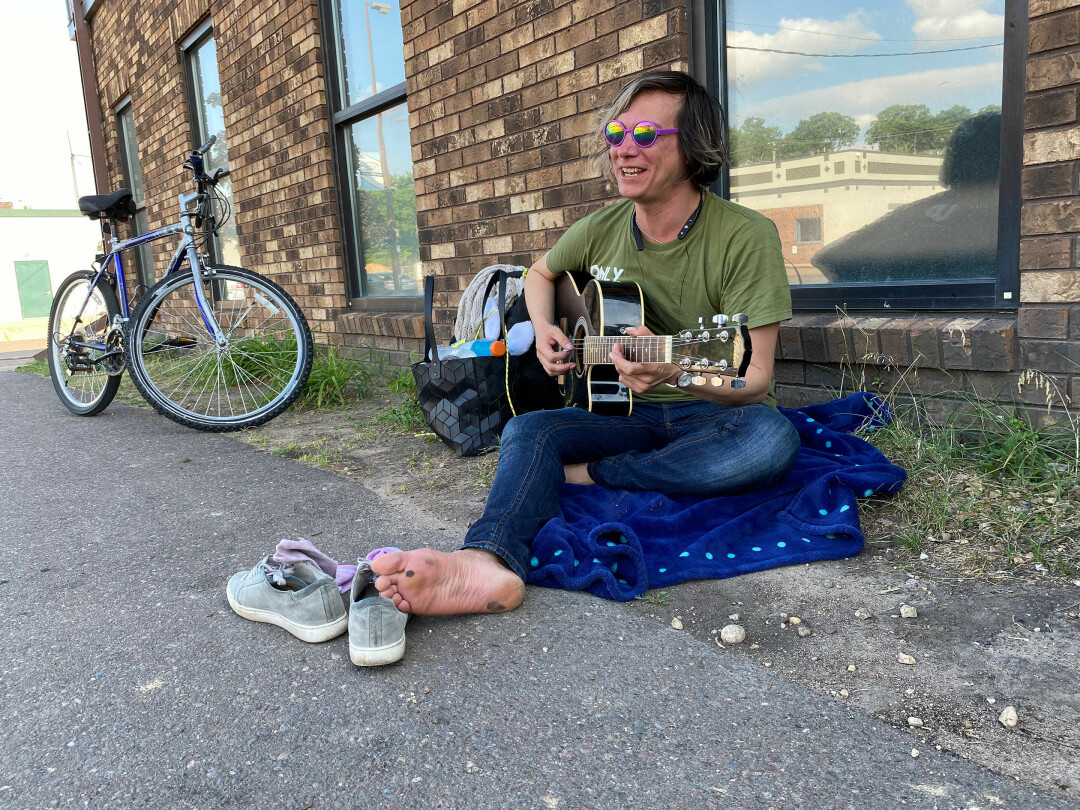 Ellie Burns plays guitar and sings outside of the Sojourner House homeless shelter in downtown Eau Claire this past summer. Leaders of local agencies who work with homeless people say that population appears to have grown during the coronavirus pandemic and more resources and new approaches are needed to more effectively address their needs. (Photo by Julian Emerson)

Wolfgram added that the top piece of feedback received from landlords is the need for “landlord liaisons” who are available on short notice to deal with problems that arise between landlords and tenants. (UCP’s housing program consists of nine such liaisons, Chaput said.)

Homelessness has been identified as an increasing problem in Eau Claire in recent years – a trend that has been exacerbated by the lack of a daytime shelter as well as the closure for remodeling of the L.E. Phillips Memorial Public Library, where many unhoused people would spend their days.

The Ready-to-Rent and landlord support programs were first proposed in mid-2019 by the partners in the so-called Sprint Team, a multiagency effort to reduce homelessness in Eau Claire. 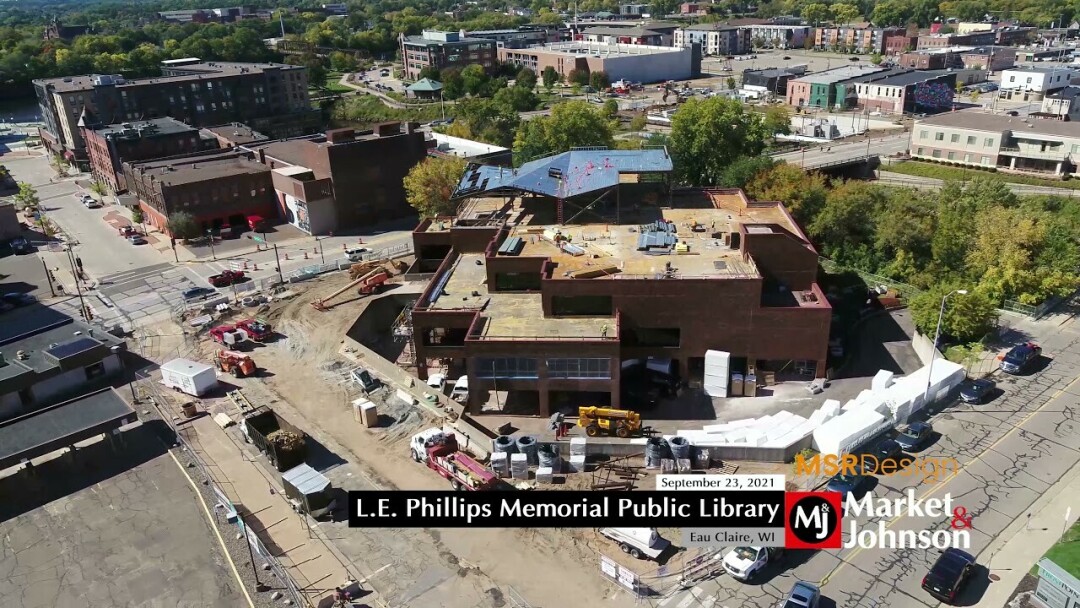 The L.E. Phillips Memorial Public Library, where many unhoused individuals spend their days, is currently closed for renovations, leaving many people experiencing homelessness without a secure place to stay during daytime hours. (Submitted photo)

In October 2020, the Eau Claire City Council approved $25,000 in pilot funding for the program, and the first potential renters went through classes last summer. The program was modeled after a University of Wisconsin Extension program, although that program is 16 weeks long – an unrealistic length for many people, Wolfgram said.

"I really do think there is a lot of goodwill out there. There's just been a lot of bad history."

Chaput, the education facilitator for Ready-to-Rent, said the program is meant to give potential renters basic tenancy skills. That can mean reporting needs to their landlords in a timely manner, respecting neighbors, conflict resolution, dealing with bills from former landlords, and how their guests’ behavior can impact their tenancy.

Wolfgram hopes that now some landlords get involved in the program. Even a few could help the effort go a long way, she said.

“I really do think there is a lot of goodwill out there,” she said. “There’s just been a lot of bad history.”

To learn more about the Ready to Rent program and the Landlord Support Program, visit the City of Eau Claire website.