celebrate the season with some great touring and local musical acts

What would the holidays be without music? Well, quieter for one thing. But they’d also be a lot less merry, less bright, less magical, less joyful, less worshipful – less everything. From ancient hymns to jazz standards, from a cappella bops to sing-along pops, it’s hard to image this season without a soundtrack of our favorites. (There’s a reason whole radio stations are devoted to Christmas music.) Around the Chippewa Valley, venues are bringing touring performers and local favorites alike to the stage to fa-la-la and jingle all they way to our hearts. Here are a few of the biggest and most interesting performance slated between now and the New Year. If none of this is music to your ears, the full list of events – holiday-themed and otherwise – can be found in our calendar. 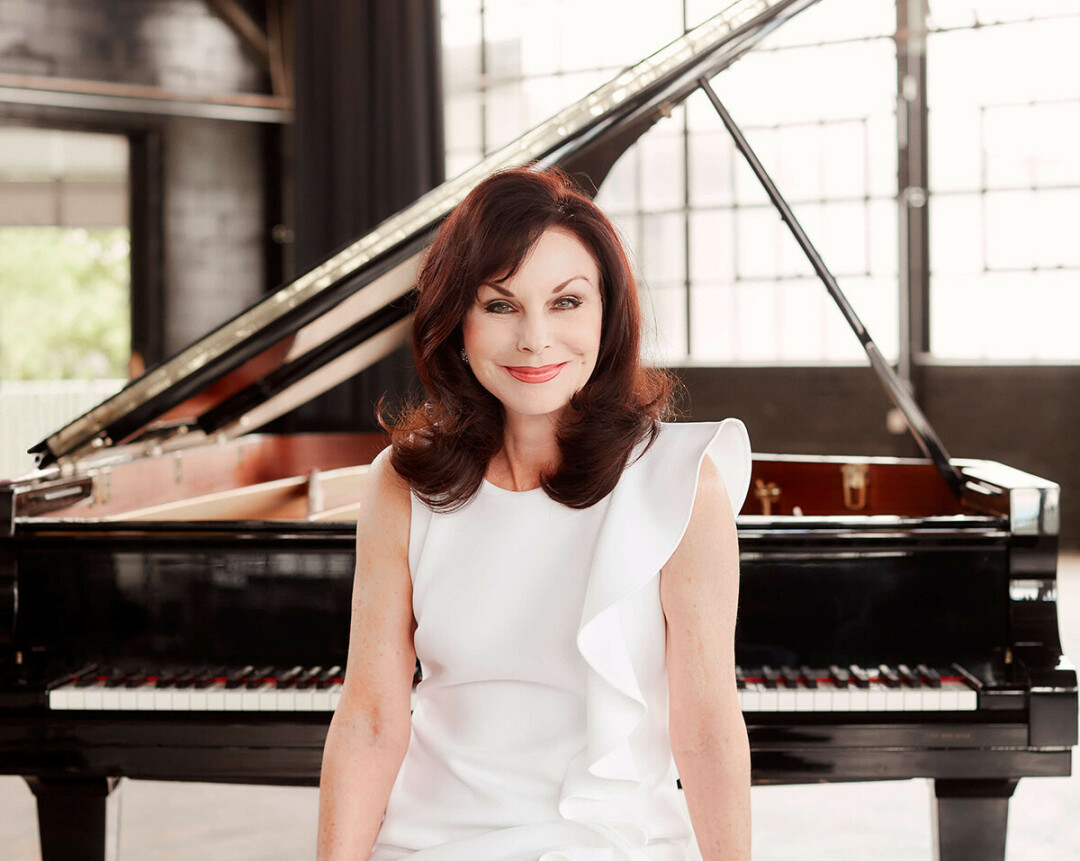 Year after year, with the regularity and magic of Santa Claus, Lorie Line has returned to local stages for a Christmas show. This year, Lorie is premiering her first solo Christmas tour, reinventing herself with an all-new set, show, and format to celebrate 33 years of touring. An institution for families and Christmas music lovers, this sentimental and personal performance celebrates the true meaning of the holiday in an intimate setting perfect for the whole family. You’ll find the magic at 3pm on Sunday, Nov. 28, at the Pablo Center at the Confluence. Tickets start at $59. 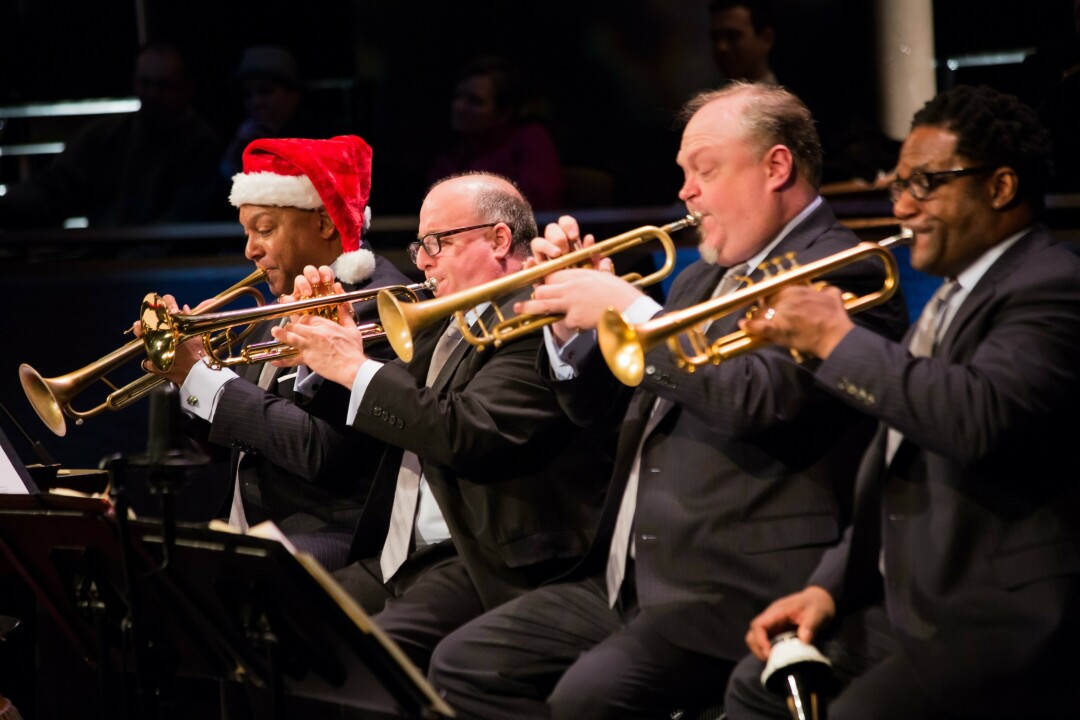 With soulful big band arrangements of songs both sacred and secular, Big Band Holidays is an uplifting tradition enjoyed by audiences of all ages and backgrounds. In addition to some swinging JLCO instrumentals, special guest vocalists join the band each season for imaginative new versions of classics like “White Christmas” and “Merry Christmas, Baby.” The Jazz at Lincoln Center Orchestra with Wynton Marsalis (JLCO) comprises 15 of the finest jazz soloists and ensemble players today. Led by Wynton Marsalis, Jazz at Lincoln Center managing and artistic director, this remarkably versatile orchestra performs a vast repertoire ranging from original compositions and Jazz at Lincoln Center-commissioned works to rare historic compositions and masterworks by Duke Ellington, Count Basie, Fletcher Henderson, Thelonious Monk, Mary Lou Williams, Dizzy Gillespie, Benny Goodman, Charles Mingus, and many others. The show is at 7:30pm on Tuesday, Nov. 30, at the Pablo Center. Tickets range from $30 to $125. 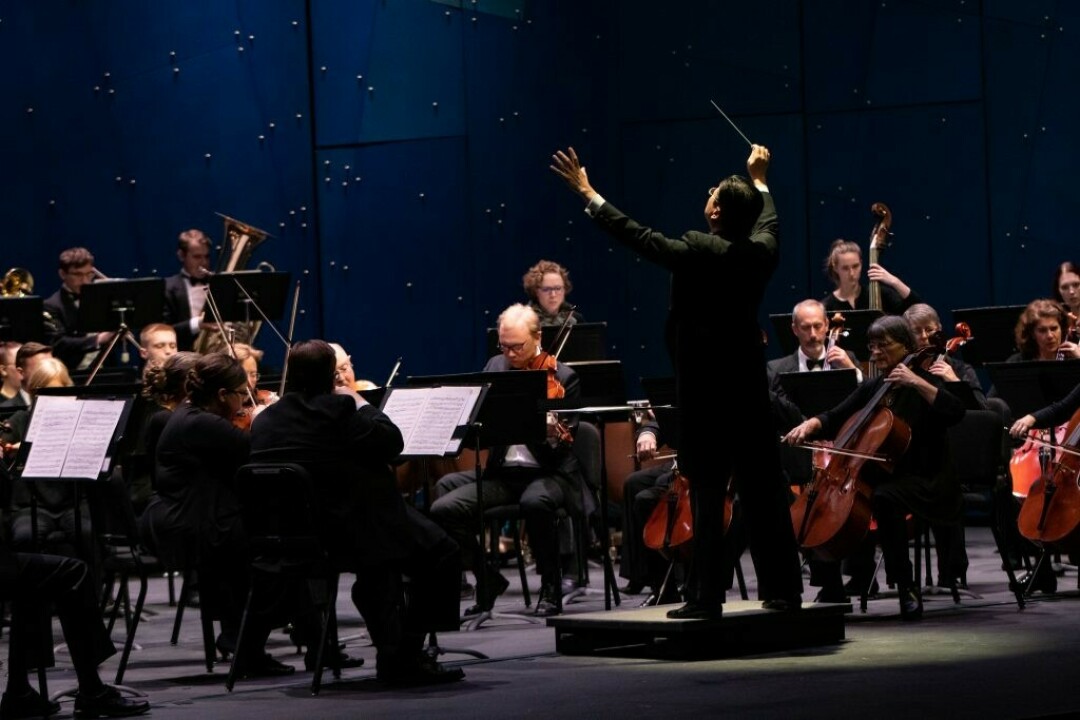 Are you a jazz baby or a classical kid? This matchup between the Chippewa Valley Symphony Orchestra and the Chippewa Valley Jazz Orchestra is back by popular demand. Hear great symphonic works paired with their jazz versions, including selections from Tchaikovsky's “The Nutcracker” played back to back with Duke Ellington’s jazz arrangements. The show is at 7:30pm on 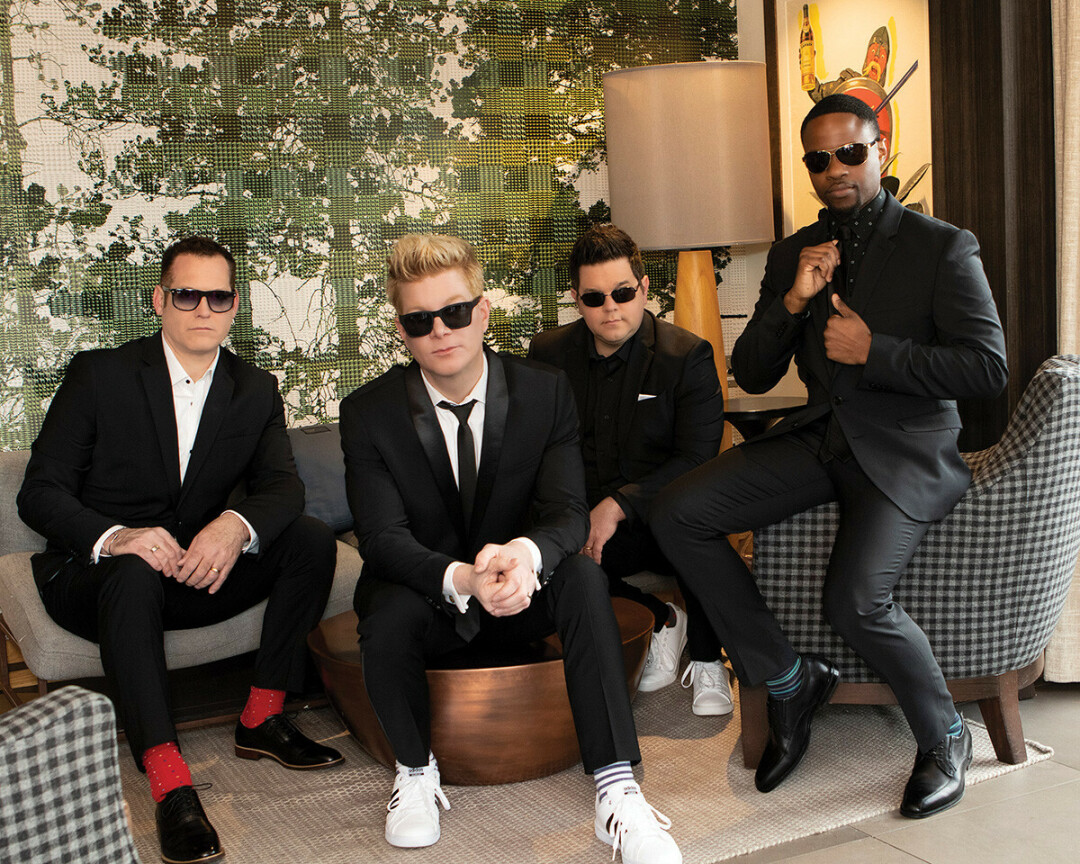 Harmony, humor, and soulful vocals have made seeing Tonic Sol-Fa perform a holiday tradition for fans across the Midwest. This year, the Emmy Award-winning performers are bringing a brand-new holiday show, “Shake Up Christmas,” to the Pablo Center at the Confluence at 7:30pm Thursday, Dec. 16. Tickets for adults start at $36, while youth tickets begin it $10. 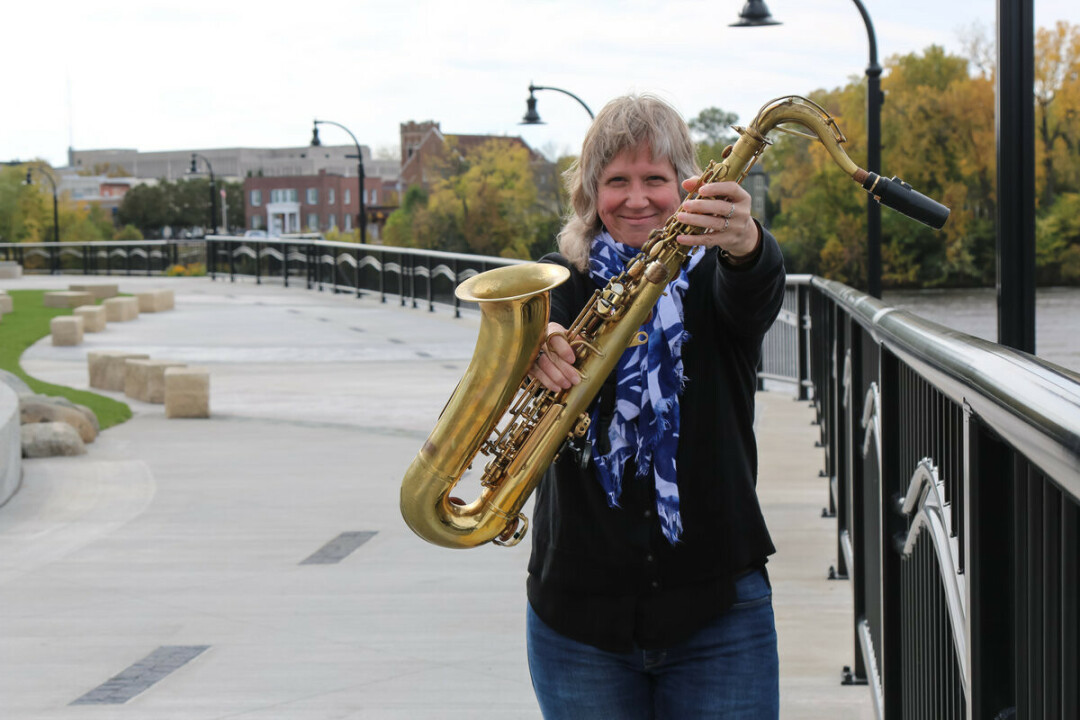 Local saxophone legend Sue Orfield and her band team up with vocalist Em Menz for a “Holly, Jolly Christmas Concert” on stage at the Mabel Tainter Theater in Menomonie. Audiences are promised “laughter, memorable moments, (and) clever arrangements of your favorite carols.” Two performances are planned: 8pm Friday, Dec. 17, and 2pm Saturday, Dec. 18. Tickets are $26. 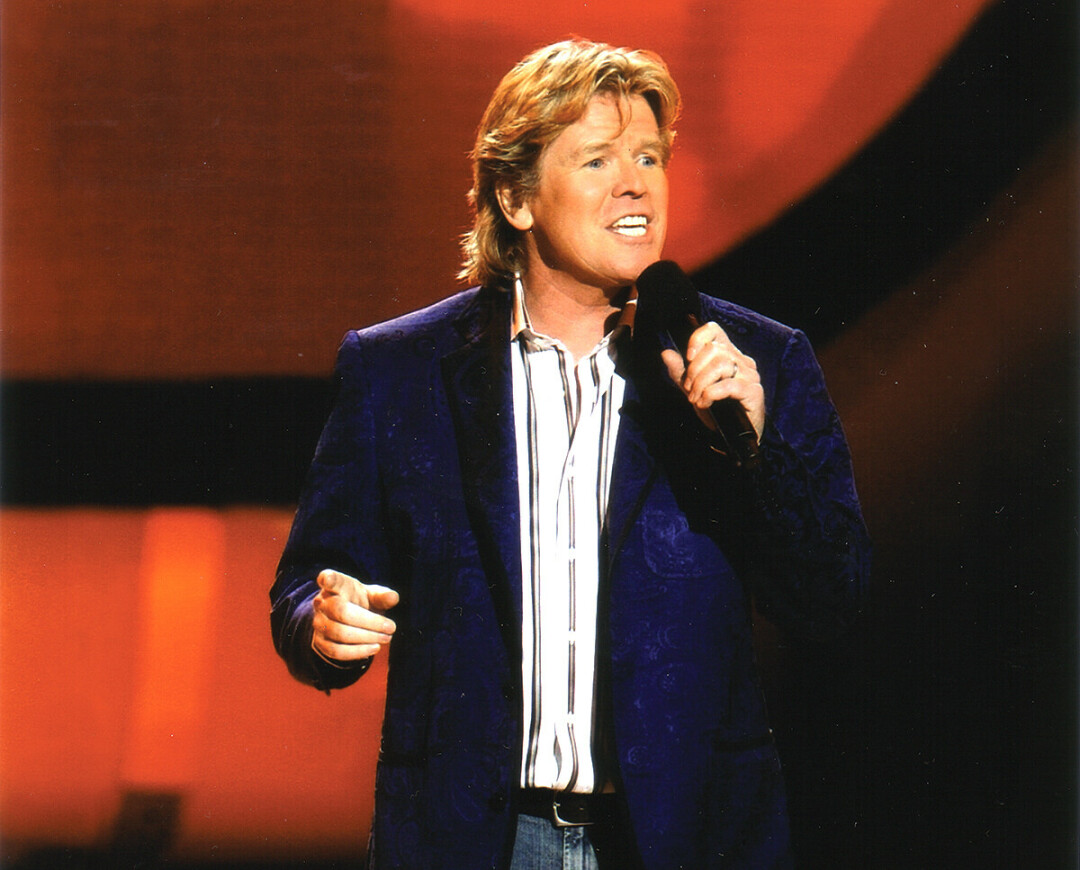 Peter Noone has been charming audiences on both sides of the Atlantic since he achieved stardom as a teenager in the 1960s as lead singer of the British Invasion band Herman’s Hermits (whose hits included “I’m Into Something Good,” “Mrs. Brown You’ve Got a Lovely Daughter,” and “I’m Henry the Eighth, I Am”). In this holiday show, An Olde English Christmas, Noone will deliver a broad palette of music, all gems, that through his voice defined a generation. Catch the fun at the Pablo Center at the Confluence at 7:30pm on Saturday, Dec. 18. Tickets start at $32. 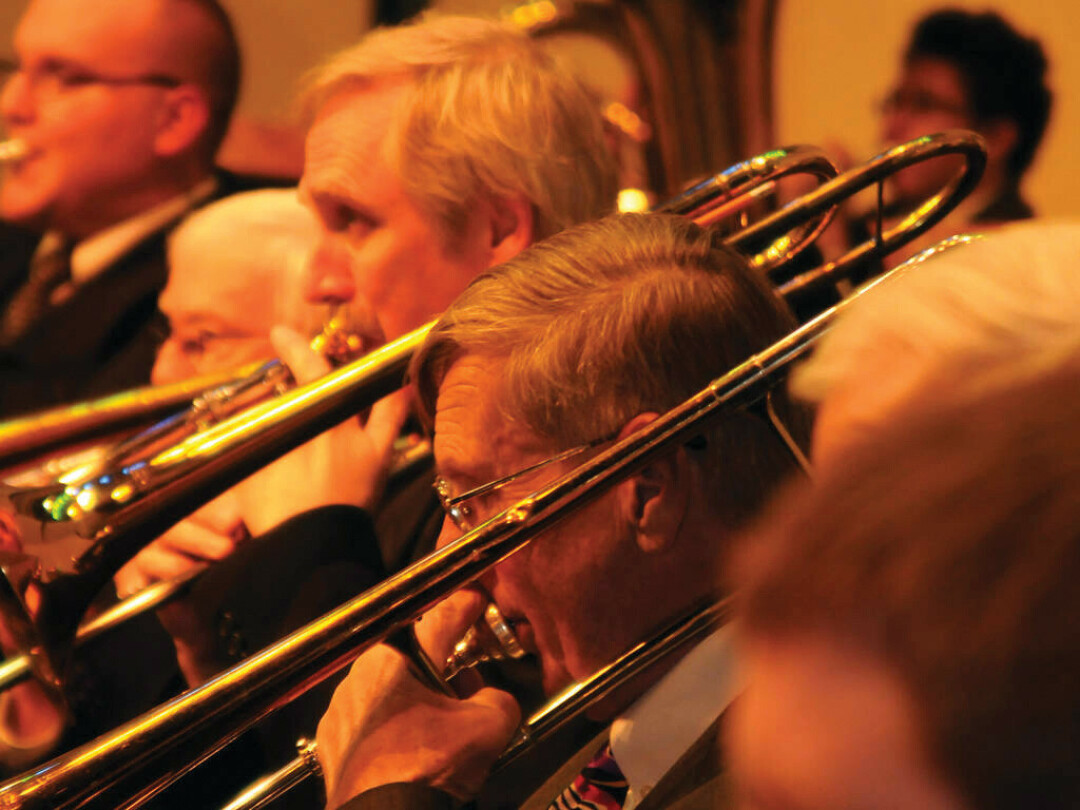 The Northwinds British Brass Band will provide a holiday concert with the shine that only brass instruments can provide. That means the flash of cornets, flugelhorns, tenor horns, baritone horns, trombones, euphoniums, and tubas. The show is at 2pm Sunday, Dec. 19, at the Heyde Center for the Arts in Chippewa Falls. Adults are $9, seniors are $8, and those under 18 are free.