Jazzin’ It Up: Local Musician Makes Top 78 Ballot for Grammy’s Best Jazz Album of the Year

Mario Friedel’s newest album, ‘Under the Venus Moon,’ rises through the ranks with big-band jazz sounds Chippewa Valley-based musician Mario Friedel’s jazz album Under the Venus Moon: The Music of Mario Friedel Ft. Jazz Vocalist Janet Planet has reached the top 78 of the Grammy’s selection for Best Jazz Album of the year.

The album is composed of Friedel’s greatest hits, but this time, they’re bigger and better than before, with big-band jazz arrangements on every song.

“Adding orchestration to these tracks brings new life to them, as it changes the nature of them entirely,” Friedel said. “I’ve played and recorded these songs a number of times over my lifetime, so it is nice to have them recorded in this way as a way of documenting them to show their transformation.”

Produced at Steel Moon Recording, the record holds seven of Friedel’s tracks making the jump to jazz with dazzling featured performances from prominent jazz vocalist Janet Planet and a host of prolific jazz instrumentalists. One of the minds behind the project includes Tom Washatka, a saxophonist, composer arranger, and recording engineer/producer. 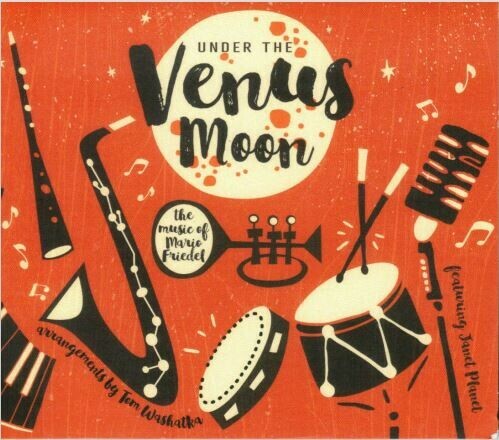 Since being submitted to the Grammy boards for consideration, Under the Venus Moon has advanced to the ballot portion of the nomination process, surpassing 10,000 other submissions for Best Jazz Album.

“It’s an honor at my age to have complete versions of all these songs,” Friedel said. “I listen through the CD, and it’s incredibly heartwarming. It’s very touching to have so many fantastic performances on the record, and to know other people believe in it too is something new for me. I don’t take it for granted.”

When Friedel isn’t creating masterful jazz records, he performs regularly with his wife, Sherry Friedel, in the acoustic group Songa, as well as other projects.

Happy with where he is, Friedel said he doesn’t have plans for a follow-up to Under the Venus Moon, but he is open to revisit the big band jazz sounds should his musical compass point him that way in his retirement years.

Listen to Under the Venus Moon on Spotify and all other major streaming platforms now.