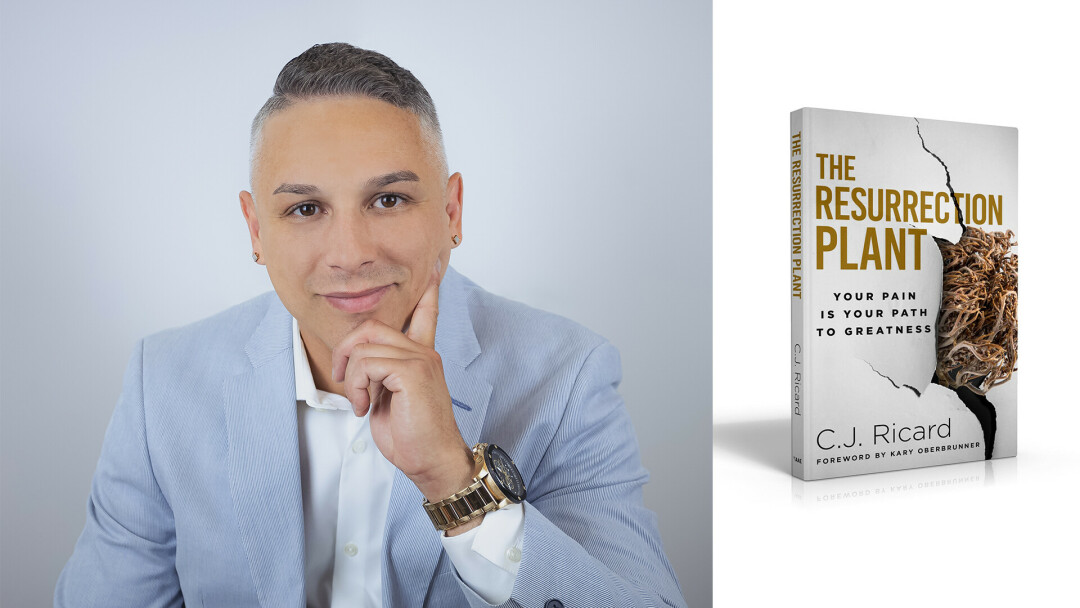 FROM PUERTO RICO TO EAU CLAIRE. Carlos Ricard hasn't had an easy life. But he not only found his path to greatness; he's determined to help others find theirs. He recently published his book ,The Resurrection Plant, which details his traumatic past, and looks to the possibility of the future. (Submitted photo)

When Carlos Ricard was three years old, he moved to the continental U.S. from Puerto Rico, setting off to New England with his mother in search of a fresh start and new opportunities.

He was met with many hardships – experiences that later traumatized him. And now, he is telling his story through his book, The Resurrection Plant: You Pain Is Your Path to Greatness.

Ricard was told time and time again that he wouldn’t amount to much of anything. He grew up on the streets, facing homelessness and jail time throughout his adolescence. As a result of this constant berating, he was convinced he was a mischievous, deviant kid with no future.

Living as a minority in a highly concentrated environment where there’s gangs, drugs, and violence, getting in trouble is just the way it is: Almost inevitable.

“Living as a minority in a highly concentrated environment where there’s gangs, drugs, and violence, getting in trouble is just the way it is: almost inevitable,” Ricard said.

But Ricard knew he deserved better. A fire sparked within himself, fueled by the rejection, hate, and discrimination he received from his so-called support system. By positively harnessing his anger, Ricard was no longer passive to his abusers. His mindset transformed to one of ambition: Say I can’t do it so I can prove you wrong.

But how did he wind up in Eau Claire, of all places?

While on a business trip for one of his myriad jobs, Ricard caught a glimpse of the simplicity that Midwestern life offers and was instantly allured. That, and he was introduced to his now-fiancée.

Ricard found his newfound security to be the perfect opportunity to sit down and unpack his experiences. So, in 2015 Ricard began revisiting his traumas and demons – examining them critically and reflecting on how exactly he overcame them, primarily through writing.

“I got the love of writing in a homeless shelter,” Ricard said. “I was given a journal, and it was the beginning of my obsession with cathartic writing, of letting it all out.”

Over the next six years, he spent his time perfecting his eight-step plan on how to move beyond the past. The end result, a book titled The Resurrection Plant, was published in mid-October, and details “one man’s mission to see clearly the truth about his troubled past and to reach the source of his self-destructive behaviors.”

Ricard hopes this book can convey that there is hope for the future still. He wants to represent the Hispanic community well by showing the world what newcomers – particularly people of color – can offer when given the opportunity to flourish.

Ricard’s book can be found on Amazon, Barnes & Noble, Target, and on his website carlosricard.com.