When September comes to cold country, the heat and humidity of summer ease up. There’s a couple of months of perfect days, a week or two when the glory of red and yellow leaves is a pagan fire in the woods. Maybe a sprinkling of warm days. But inevitably, you get up one morning and there’s a crust of ice on the pond. It’s winter in cold country.

Winter’s the season where stepping outside to grab your newspaper can kill you. Think about it: it’s 20 below; you don’t want to gear up because the paper is RIGHT THERE. So you dash out, slip on ice, hit your head, and suffer frostbite or worse in a matter of minutes.

In cold country, 90 percent of men, given their druthers, would choose a pickup with a plow over a sports car with a windfoil.

People in cold country buy their kids snowpants over swimsuits because you can always swim in cutoffs but you can’t go out for recess if you don’t wear snowpants and mittens. In winter, folks in these parts don’t worry about bad hair days because our heads are stuffed into stocking caps. We retire summer clothes in late fall and haul out survival gear: fur hats and felt boots and sweatpants. Truth be told, some of us never even bother switching out winter for summer clothes because it seems a waste of time to box up stuff you’re going to need in about 10 minutes anyway.

We know winter so deep in our bones that we don’t get how cities in the South can shut down over an inch of snow. To us, an inch of snow is the work of five minutes to brush off the car, not a reason to hole up in a motel for the night. If it’s more than an inch, though, the law requires us to clear snow from our sidewalks within 24 hours. Some obey the law right away. Some obey in their own sweet time, but the sweet-timers shoot themselves in the foot because even one person walking on new snow packs it down into footprint-sized pads of ice.

People who live in cold country don’t use a lot of words. When a blizzard is forecast and we go to the store to stock up on milk, bread, and beer, one man will say to another, “It’s coming,” and the stranger he’s just spoken to says, “Yup,” and their words bond them in a classic conflict: Man against Nature. After the storm, we don’t get cocky about punching through to the other side. We yell across the street to the neighbor who’s out shoveling too, “Coulda been worse,” because even though we got 18 inches of new snow, it HAS been worse. It will be worse again.

It sounds like I’m complaining, but the truth is, I wouldn’t live anywhere else. Cold country inspires. A fresh dusting of white, white snow limning a black tree branch is a poem. A dozen wild turkeys scratching for a meal in the drifts and squabbling over a tidbit is a comedy routine. One neighbor snow-blowing another’s driveway (“might as well, since I got my machine out anyway”) is kindness made flesh. Walking the dog in the silver-pink light of early morning while fat flakes whisper down is quiet magic every time it happens.

Winter defines this place. Sometimes we declare to one another during a long spell of sub-zero days that we’re going to leave this ice box. Our parents said the same thing, and so did their parents, all the way back to our ancestors, many of whom came here in the 19th century from equally cold countries like Norway and Germany and some of whom arrived during the last ice age. Yeah, we talk big.

But we don’t go anywhere.  Winter owns this land, and we own it right back. 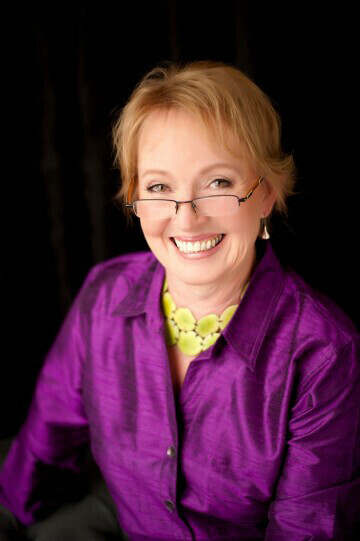 Deb Peterson writes literary, mystery, and speculative fiction stories under the name Delaney Green and is the author of historical fantasy novels about Jem Connolly, an 18th century girl with magical Second Sight.