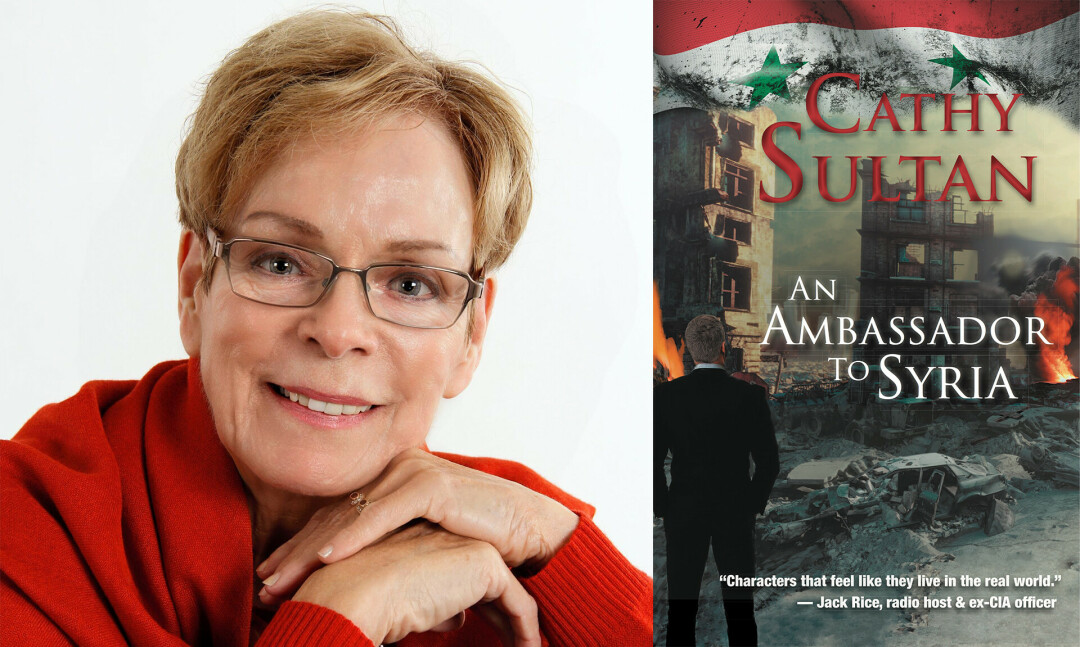 DREAMS TO MEMORIES. Local author Cathy Sultan incorporates her life in Beirut, Lebanon, into her third novel, which she dedicates to her late husband, who inspired every adventure since the beginning of their love.

Local author Cathy Sultan always dreamed of living in a foreign country. When the Washington, D.C., native met her Lebanese husband, Dr. Michel Sultan, she got her wish, moving with their two small children to his home in Beirut, Lebanon, where he worked as a gastroenterologist.

While visiting family in the United States in 1983, they were advised not to return to worn-torn Beirut. So, in the mid-1980s, they landed in Eau Claire as war refugees.

Throughout her life in Beirut, initially idyllic and later harrowing, Sultan kept a journal. It was no surprise when her son was home on a break from college years later, and he suggested she write a book about their life in Lebanon.

An Ambassador to Syria is dedicated to her husband Michel, who took her on the journey of a lifetime – the same kind of adventurous journey she hopes to take readers in her writing.

That was 1989. She began by writing a chapter of her memoir, which won a writing contest at The Loft Literary Center in Minneapolis. When she found an editor, British-born Ian Graham Leask – whose wife had also lived in Beirut – she knew she had found the perfect working relationship. Her memoir A Beirut Heart: One Woman’s War and two other non-fiction books soon followed, all based on her experience living in Beirut and her 15 years of work in non-governmental organizations nearby. 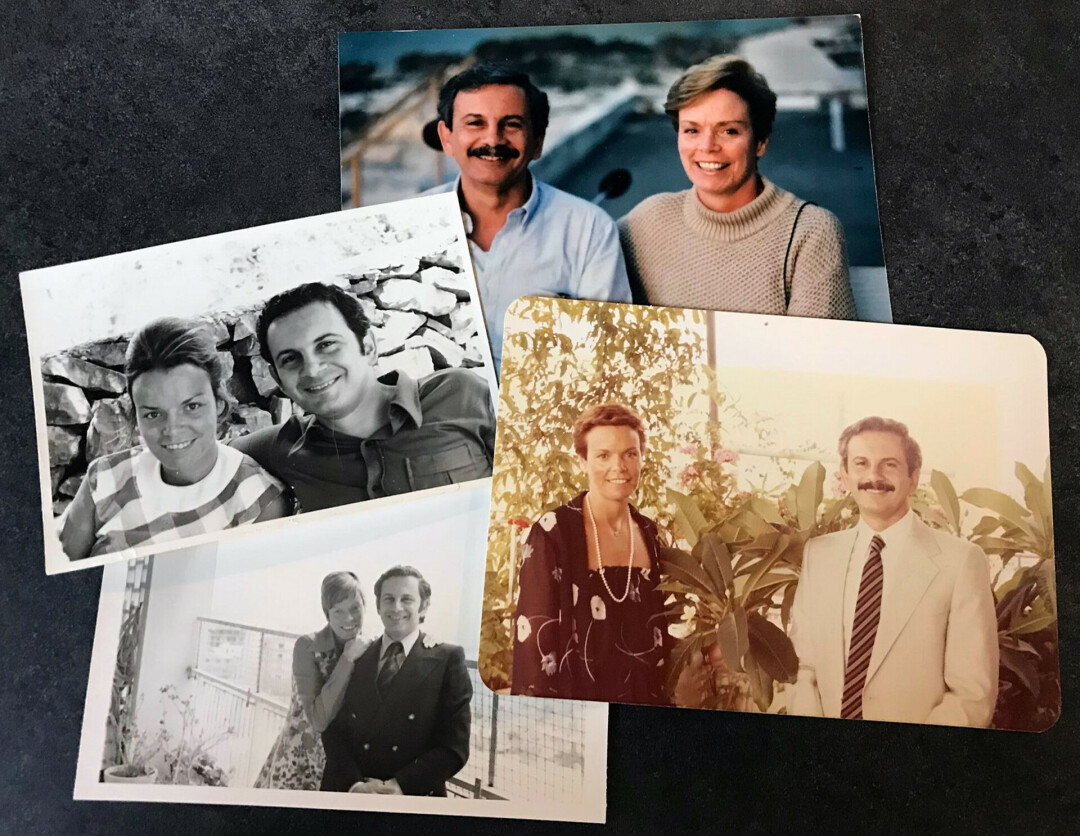 Photos, courtesy of the author, depict Cathy Sultan and her husband, Michel, during their time in Lebanon.

She knew most Americans found the situation in the Middle East complex, so she turned to fiction. This gave her not only the opportunity to impart her knowledge but capture her readers’ interest through spinning page-turning spy/political thrillers.

Sultan, a self-professed news junkie, reads a number of newspapers daily, including Haaretz from Israel, Naharnet from Lebanon, and Asia Times. These sources provide wide-ranging points of view that help frame her understanding of world events, and also open windows into better understanding what the world thinks of U.S. foreign policy – all of which find their way into her storytelling.

As for her characters, Sultan admits that some are fictional, while others are based off real-life people. After all, Beirut is a place of skullduggery and intrigue – the perfect place to whet the appetite of a spy novelist. 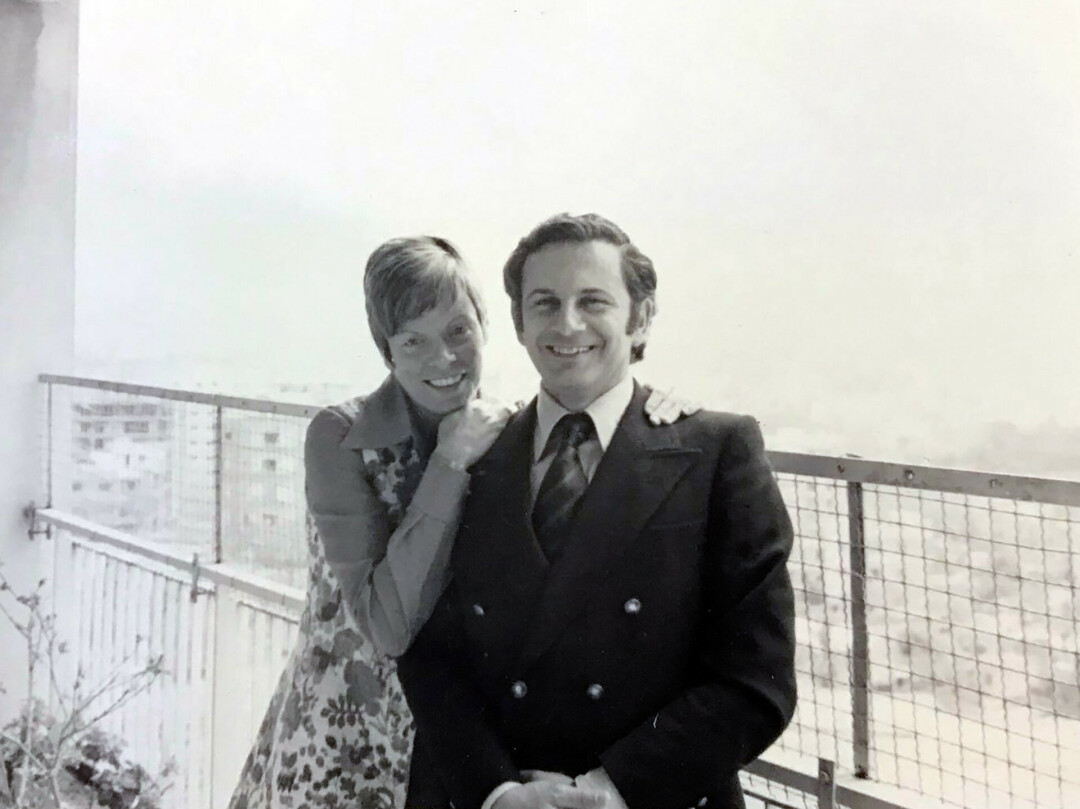 Before writing The Syrian, she made an outline and imagined her characters, plotting each chapter out on a long piece of paper the length of her dining room table. The same characters followed her into Damascus Street and An Ambassador to Syria, giving her the opportunity to develop them further. The Syrian was published in October 2014; Damascus Street in May 2018.

By August 2018, she had the third novel, An Ambassador to Syria, worked out in her head and was ready to put pen to paper when her husband was unexpectedly diagnosed with ALS. Sultan put her writing on hold and shifted her priorities to caregiving.

It was not until after her husband’s death in April 2019 that she returned to writing, using the process as a form of therapy. With the COVID-19 shutdown, she finally had the time to focus and refine her stories. An Ambassador to Syria is dedicated to her husband Michel, who took her on the journey of a lifetime – the same kind of adventurous journey she hopes to take readers in her writing. The book has already received acclaim from a former CIA agent for its realistic characters and storyline.

And, without revealing any spoilers, a fourth novel is already underway, so there may be a cliff-hanger in this book somewhere …

An Ambassador to Syria, Cathy Sultan’s newest release, is available at The Local Store and Dotters Books in Eau Claire as well as online at both Amazon and Barnes and Noble.