Wisconsin vs. Iowa: Prepare for the Ultimate Battle of the Altoonas 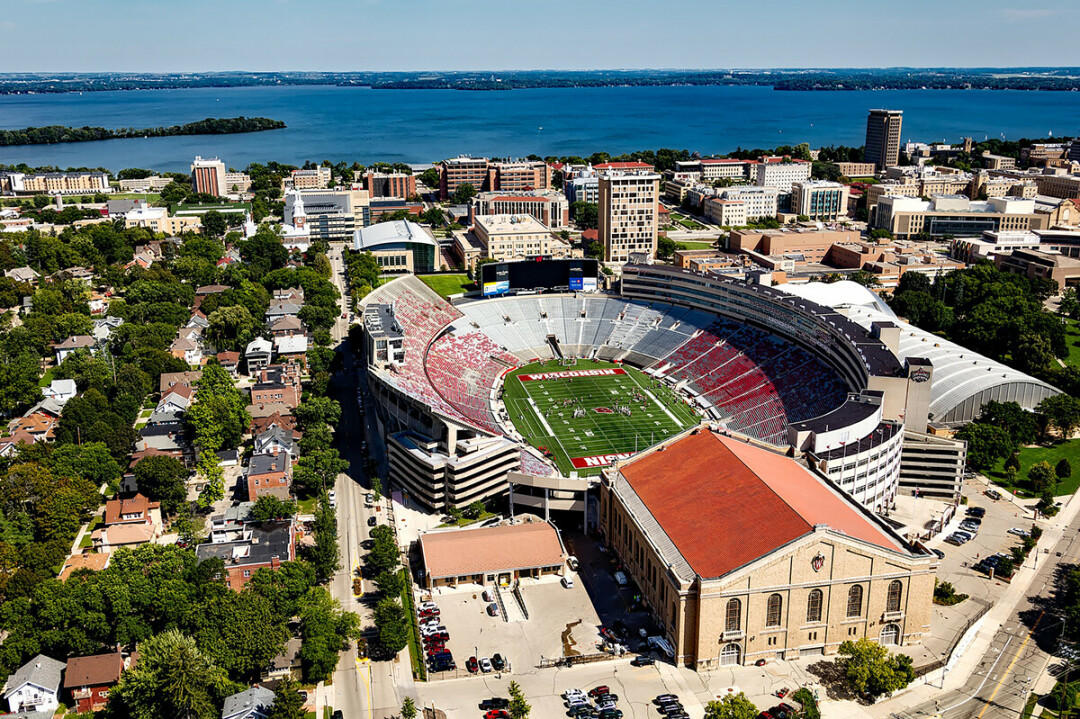 WOW, ALTOONA HAS REALLY GROWN! The Battle of the Altoonas will be waged at Camp Randall Stadium in Madison, not in Altoona.

Altoona vs. Altoona: The name is the same, but one is not like the other. This Altoona is from the land of beer and cheese, while that Altoona is in the heart of Iowa. But as the leaders of two small Midwestern cities, the mayors of Altoona, Wisconsin, and Altoona, Iowa, are aware of their similarities, too – so much so that they’re betting against each other in a Battle of the Altoonas.

The Wisconsin Badgers are slated to face off against the Iowa Hawkeyes at noon on Saturday, Oct. 30, at Camp Randall Stadium in Madison, and the mayors aren’t letting the opportunity go to waste.

Altoona (Wisconsin) Mayor Brendan Pratt is putting local beer from Modicum Brewing Co., bratwurst from Rump’s Butcher Shoppe, and cheese curds on the line, while Altoona (Iowa) Mayor Dean O’Connor is offering up a Midwestern power combo of steaks and beer. The loser will pay up the edible goodness to the winner.

“Badger fans look forward to the Iowa game every year. We are looking forward to this competition and we are excited to have some fun along the way,” Pratt says. “We will see which Altoona will be victorious.”

Earlier this fall, O’Connor won a similar bet against the mayor of Altoona, Pennsylvania (the largest of the eight Altoonas nationwide) over the outcome of the Iowa-Penn State football game. (In that case, the prize was six boxes of Mallo Cups and $10,000 in donations, which were given to the University of Iowa Hospitals & Clinics.)

Altoonians near and far are looking forward to Saturday’s contest between the Badgers and the Hawkeyes, regardless of which team – and city – comes out on top.