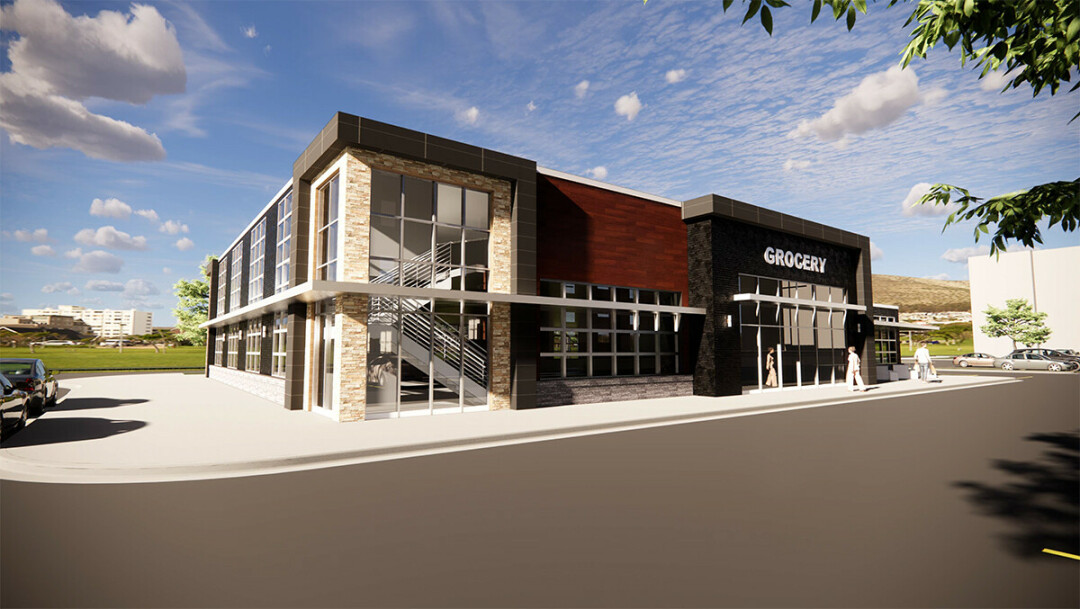 The North Barstow Street parking lot dubbed “Block 7” has been eyed for redevelopment for the past decade, but even as a new neighborhood has risen around it, no plan has stuck.

Now Geoff Moeding – who more than a decade ago was key to creating the first mixed-use buildings in the Phoenix Park neighborhood – has a new, $27 million proposal for Block 7, which would include a new home for a downtown grocery co-op.

On Wednesday morning, the City of Eau Claire’s Redevelopment Authority, which owns the block, voted to give city staff members 90 days to negotiate a memorandum of understanding with Moeding over the sale and development of the property.

This site is really sort of a best-case scenario for the co-op.

Currently, the Eau Claire co-op is located in a 1,200-square-foot building at 1117 S. Farwell St. In recent years, several plans to relocate and expand the store haven’t reached fruition.

“This site is really sort of a best-case scenario for the co-op,” said General Manager Crystal Halvorson, noting a larger, freestanding building with ample parking (55 stalls) meets the needs of the newly merged entity and its members. Halvorson explained that Menomonie Market Co-op successfully undertook a similar project in Menomonie in 2015, building a 13,000-square-foot store. 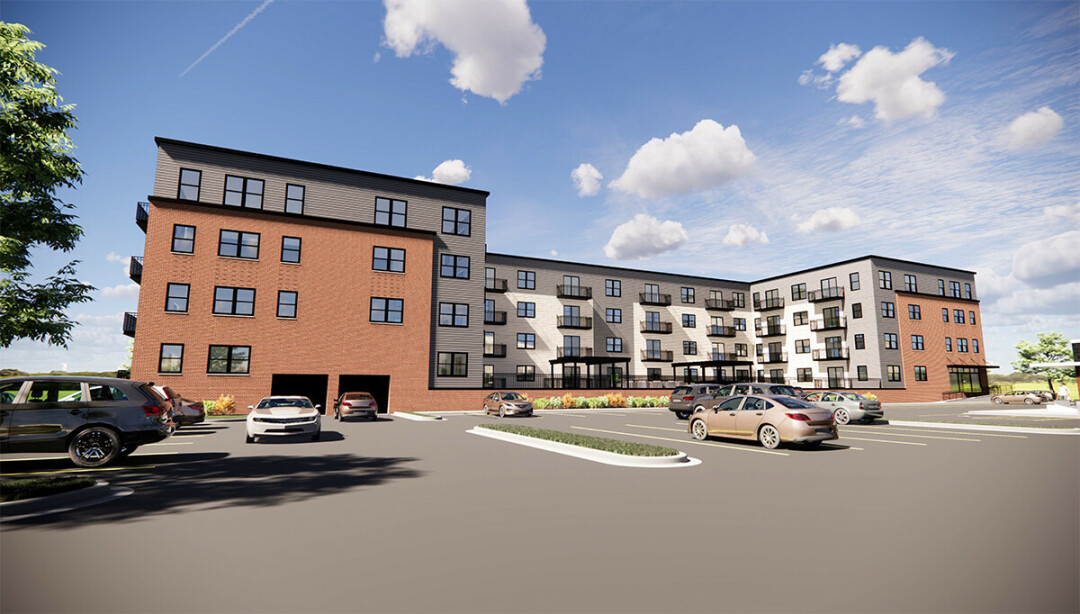 An exterior rendering of the proposed apartment building on Block 7. (River Valley Architects)

“This has been a site we have looked at many times, as many of you may recall,” Moeding told RDA members during the meeting. “But I think the opportunity now to bring grocery to a food desert spurred us to help make this development possible.”

The proposed apartment building would be on the north end of Block 7 – across the street from The Livery restaurant – and would be similar to the one Moeding partnered to build next to Phoenix Park earlier in the 2000s. It would offer a courtyard for outdoor cooking, gathering, and recreation, and would offer 98 underground parking stalls. Additional parking would be provided through leases at the city’s North Barstow parking ramp nearby, Moeding said. The building would include some commercial space on the first floor, facing North Barstow Street. 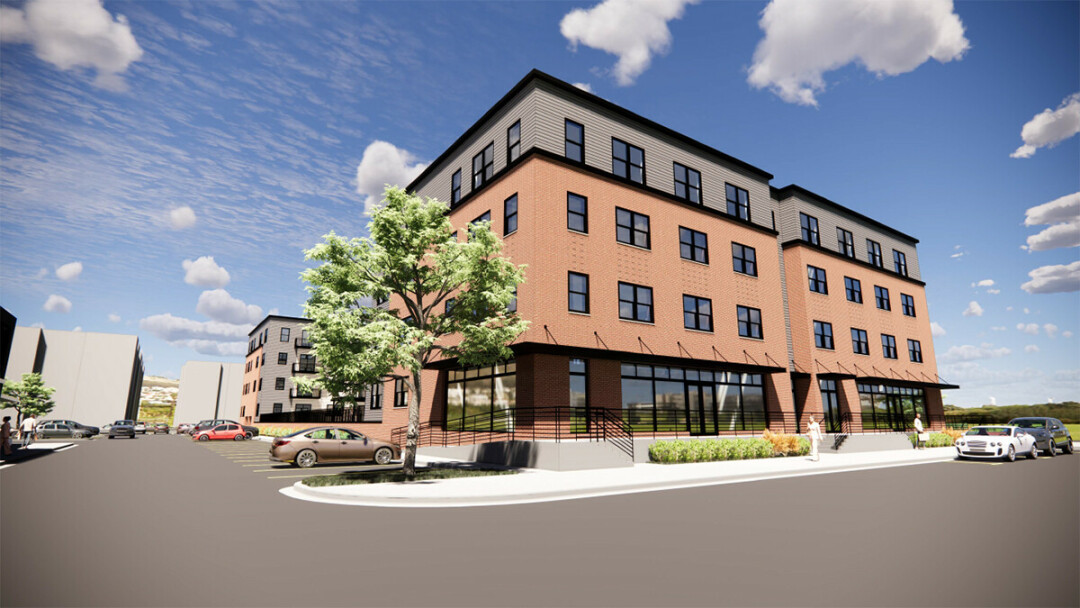 A view of the proposed mixed-use building from North Barstow Street, showing commercial space on the first floor and apartments above. (River Valley Architects)

The proposal drew a positive reaction from RDA members, including Chairman Thomas Kemp, who called it a “creative and functional use for this land.”

Aaron White, the city’s economic development manager and executive director of the RDA, said this is the third formal proposal for Block 7 made since he was hired by the city less than three years ago. However, he said the plan is a good match for the property, and at first glance fits within the parameters of the Tax Increment Financing district the city created for the area. (In a TIF district, new property taxes generated by new private construction help pay for public infrastructure and sometimes incentives for developers.)

Now that the RDA has given its go-ahead, the city will have 90 days to negotiate a deal with Moeding for the property, which will likely include funds from the TIF district. Ultimately, the Eau Claire City Council also would have to approve any agreement. 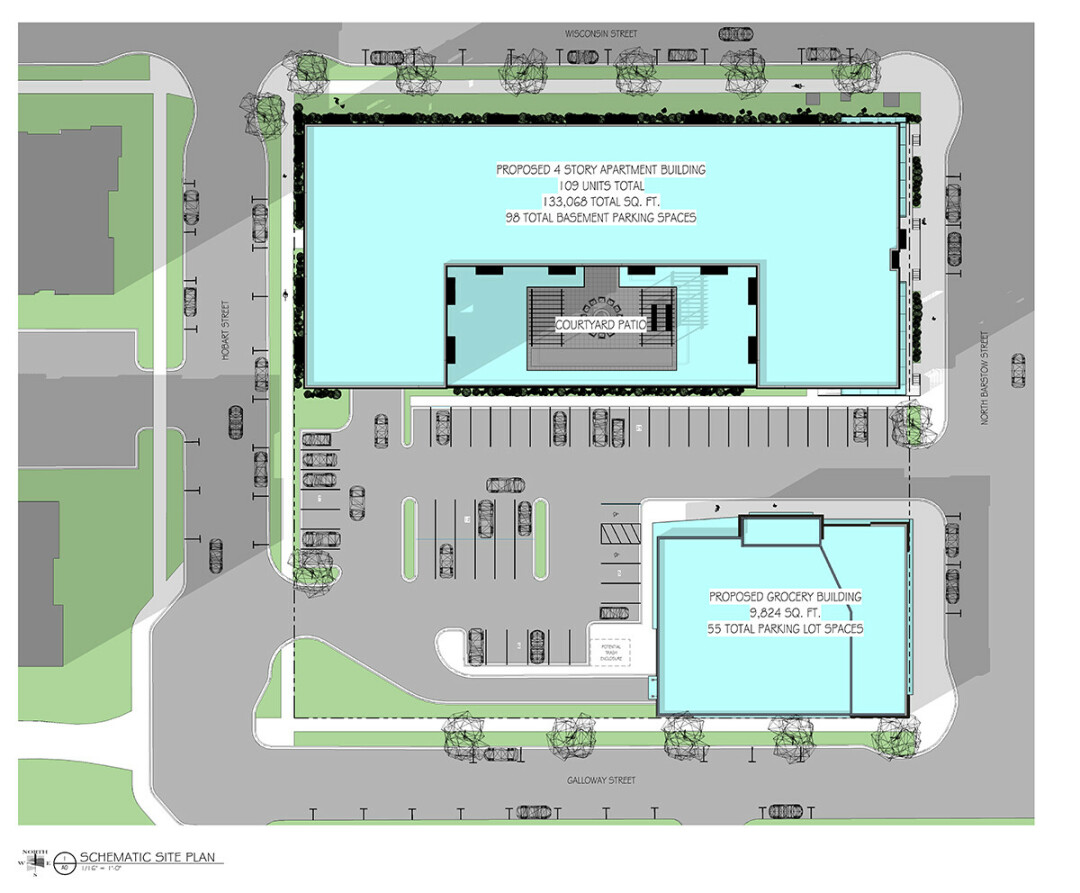