Rebecca Cooke, founder of Red’s Mercantile and the Red Letter Grant, will run for Kind’s seat 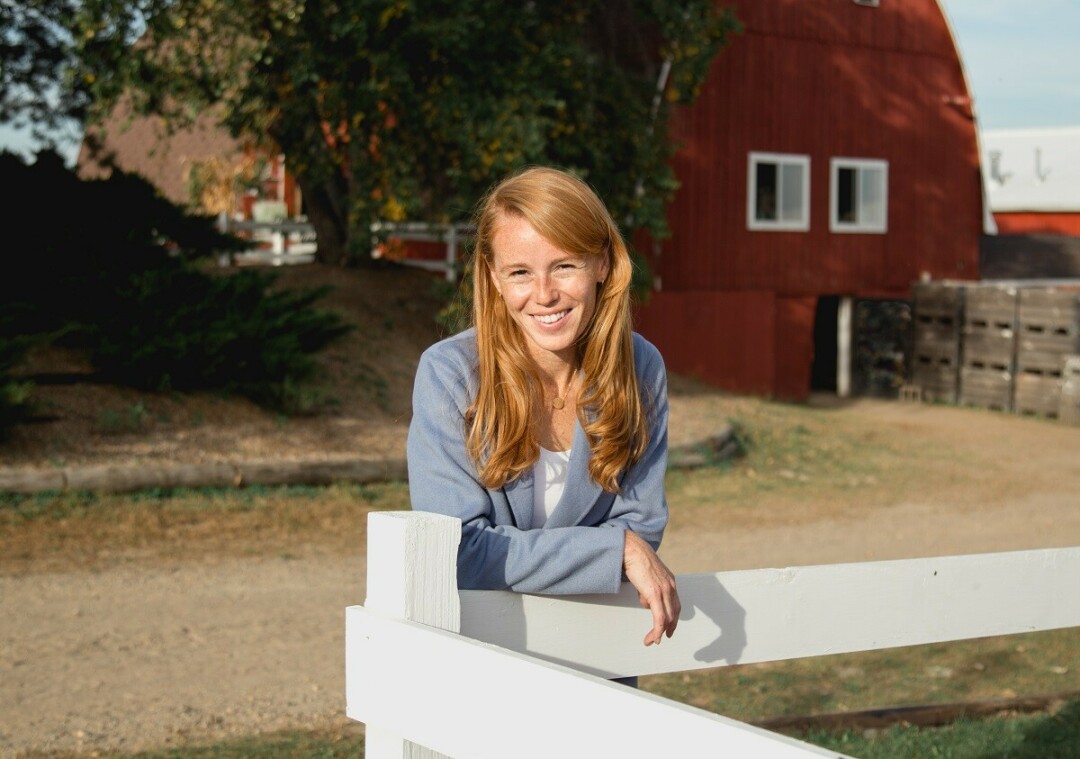 Citing a need for leaders who reflect “what America looks like,” Eau Claire businesswoman and nonprofit founder Rebecca Cooke has announced her candidacy to become the first woman to represent western Wisconsin in the U.S. Congress.

Cooke, owner of Red’s Mercantile and founder of the Red Letter Grant, officially declared Wednesday that she is running as a Democrat for the 3rd Congressional District seat being vacated by U.S. Rep. Ron Kind, D-La Crosse, who announced in August that he is not seeking re-election.

“In Congress, we need to see more leaders that are more reflective of what America looks like – less millionaires and billionaires and more everyday people stepping off the sidelines to work for their community,” Cooke said in an interview Tuesday. “I’ve been serving my community for a long time, and this is just doing that in a different way. I don’t feel like I have to ask for permission to get in the arena, and I’m excited to do that.”

Cooke will hold a campaign kick-off event in Eau Claire on Saturday, Oct. 16. The Democratic primary for the congressional seat will be next August, and the general election will be Nov. 8, 2022.

In Congress, we need to see more leaders that are more reflective of what America looks like – less millionaires and billionaires and more everyday people stepping off the sidelines to work for their community.

Cooke grew up on a family farm in the Town of Wheaton and attended public schools in Eau Claire, graduating from North High School. After graduating from the University of St. Thomas in St. Paul, she worked for a time in politics – specifically, fundraising for several congressional campaigns – before returning to Eau Claire in 2015. That same year, she founded Red’s Mercantile, 224 N. Dewey St., a retail shop that sells home goods, clothing, and accessories. In 2016, she created the Red Letter Grant, a nonprofit that makes grants twice annually to female-owned startup businesses in a 10-county region of western Wisconsin. In addition, in 2019 Gov. Tony Evers appointed her to the board of directors of the Wisconsin Economic Development Corp., a public-private entity that assists in developing businesses statewide.

Cooke said her life experiences have prepared her to run for office. “I grew up on a dairy farm that had to sell all their cows because of the price of milk,” she said. “I’ve run a small business during a global pandemic and had to figure out how to make payroll and rent. ... I’ve had to work with other entrepreneurs who are also going through those challenges.”

She cited affordable health care, equitable education funding, job creation, the challenges facing family farms, and infrastructure – specifically, broadband access in rural areas – as policies she would focus on in Congress to help residents of the largely rural congressional district, which runs the length of western Wisconsin from River Falls to the Illinois state line.

Wisconsin's 3rd Congressional District covers a large area, including the Chippewa Valley. It will likely change shape because of congressional redistricting this year and next. (Public domain via Wikipedia)

Cooke is the third announced Democratic candidate for the seat; the other are state Sen. Brad Pfaff, D-La Crosse, and Brett Knudsen of Holmen. Two Republicans have also declared their candidacy: Denise Hurless of Altoona and Derrick Van Orden of Prairie du Chien, who narrowly lost to Kind in the 2020 general election.

Kind – called “one of the most conservative House Democrats” by The Washington Post – was first elected to Congress in 1994 and has held the seat since. The district, meanwhile, has drifted toward the Republicans, going for Donald Trump in both 2016 and 2020.

While she is a Democrat, Cooke says she intends to run a grassroots campaign that can appeal to voters regardless of the side of the aisle they are on.

“To me what politics ultimately comes down to is values and understanding,” she said. “I think that a big part of the problem (in politics) is people don’t feel heard, and they feel ignored, and they feel left behind. I think running a campaign that shows up in places that have been historically forgotten and listens and hears the problems and the challenges and proposes real solutions is, I think, where you start to move across the boundaries of party. ... Right now everyone’s wheels are just spinning in these partisan conversations, and that’s not what it can be about if we want good things to happen in this region.”

Having worked on congressional campaigns, Cooke isn’t naïve about what she’s getting herself into as a candidate over the coming year.

“I definitely know the challenges, and I’m up for it,” she said. “I’m excited about it. Maybe that sounds crazy, but I am genuinely excited. I’m really excited to roll up my sleeves and listen and work and be out there.”