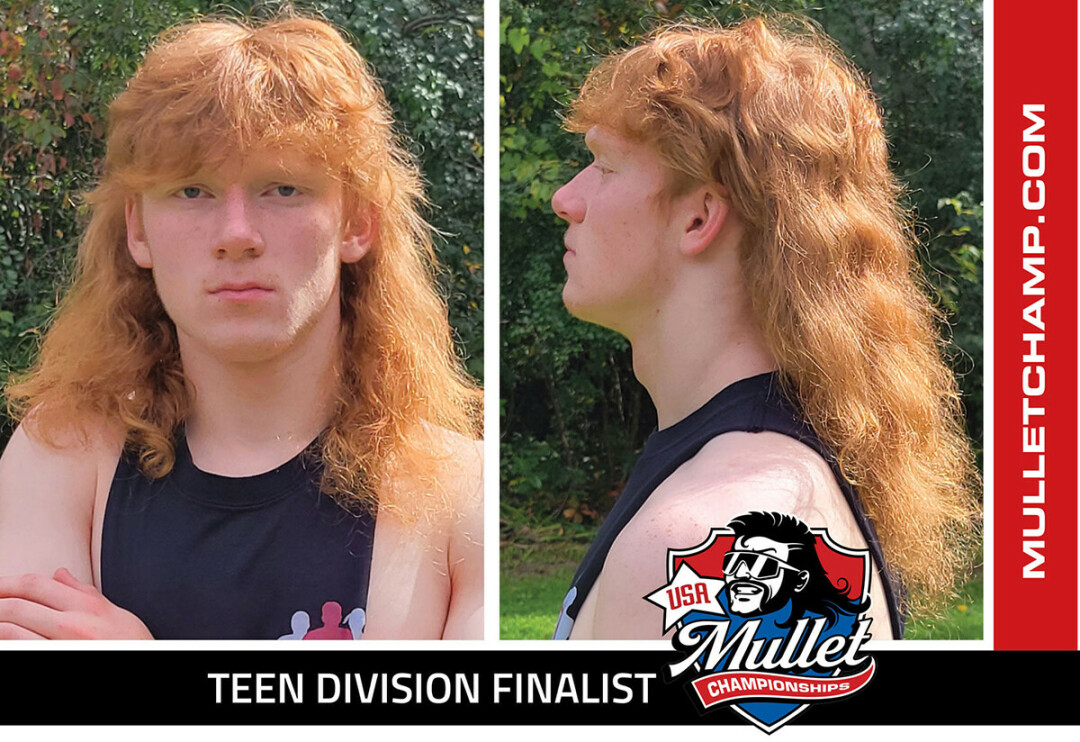 FLASHBACK FASHION. Menomonie teen Josh Boyette rocks a fine example of the mullet: the short-in-front, shaggy-in-back hairstyle that was popular with actors and rock stars in the 1980s but still endures today. (Photo via MulletChamp.com)

Josh Boyette, a Menomonie High School senior, is getting national attention for his extraordinarily ’80s hairdo. Josh has made it into the top three of the Teen U.S.A. Mullet Championship as of Thursday, Oct. 7.

The current vote totals were announced on the Championship’s Facebook page, revealing Boyette had accrued 943 votes for his fabulous, flowing locks.

But, it’s not a done deal yet, folks. According to their website, voting for the Teen division – in which Josh is competing – doesn’t close until Monday, Oct. 11, at 11:59pm Eastern time. This hairstyle may be “party in the back,” but there’s “business in the front” to be done, so grab your teasing combs because there’s still time to boost Josh into the No. 1 spot.