Not Just Names on the Wall: People Whose Names You Know from the Pablo Center

Who are these people anyway? Find out here ... 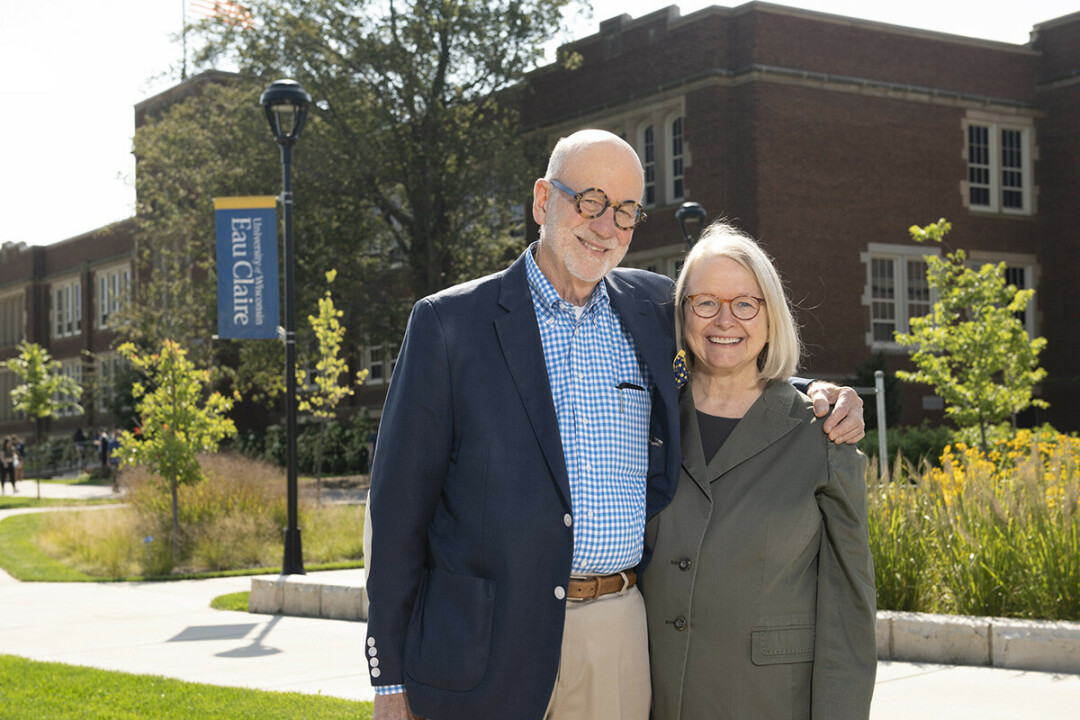 The Fousts are the latest philanthropists to be honored by the Pablo Center at the Confluence. The Eau Claire couple kicked off a new fundraising campaign with a $1 million gift to the Pablo Center in September, and the arts center’s Graham Avenue Gallery will be permanently renamed in their honor. Brady Foust is a retired UW-Eau Claire professor and co-founder of HazardHub, a provider of geospatial hazard data. Jeanne Foust recently retired after a 30-year career with Esri, a producer of geographic information systems software. They also recently gifted $1 million to UWEC for scholarships.

You may know Hansen’s name from another one of the Pablo Center’s art galleries. Hansen is a St. Paul native with a long and distinguished business career, including stints as an officer of a Fortune 500 company and CEO of a publicly traded technology business. He was chairman of the board of Eau Claire-founded Jamf Software and also the firm’s first outside investor. Hansen has since retired from Jamf, which is based in Minneapolis but retains a big presence in Eau Claire. 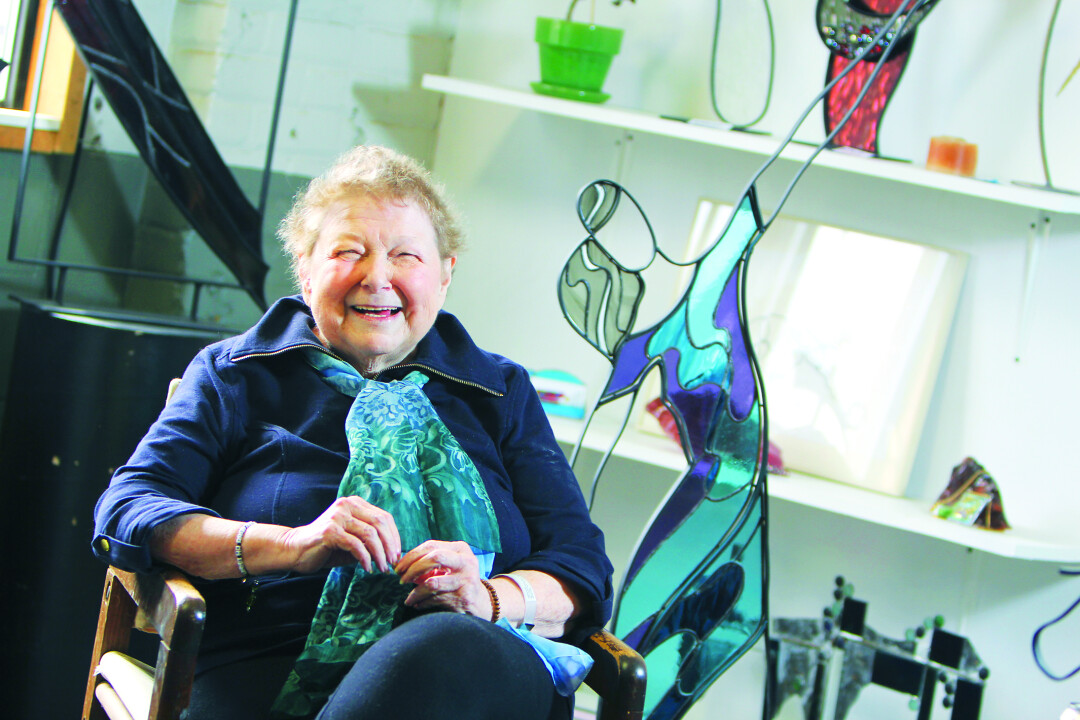 'TO THINE OWN SELF BE TRUE.' The late Laurie Bieze, shown here in her stained-glass studio, lived a life defined by artistry. (Photo by Andrea Paulseth)

Laurie Bieze’s name and beatific smile greet visitors to the second floor gallery at the Pablo Center, as does a quote that sums up her philosophy: “I can be whoever I want to be as long as I’m true to that person.” The center’s permanent art collection is named in her honor, and pieces of her artwork – including incredible stained glass – can be found throughout the building. Before her death at age 70 in 2014, Laurie was one of the leading lights in the Chippewa Valley’s art scene, and for 14 years she operated a stained-glass studio at Banbury Place.

You’ll see Dan Clumpner’s name on the concourse overlooking the Chippewa River between the second and third stories floors of the Pablo Center, but his influence can be felt throughout the building. A longtime Eau Claire-area developer and co-owner of Commonweal Development Corp., Clumpner was one of the primary visionaries behind the years-long Confluence Project effort that culminated in the opening on the Pablo Center at the Confluence in the fall of 2018 – just weeks after he died at the age of 74. 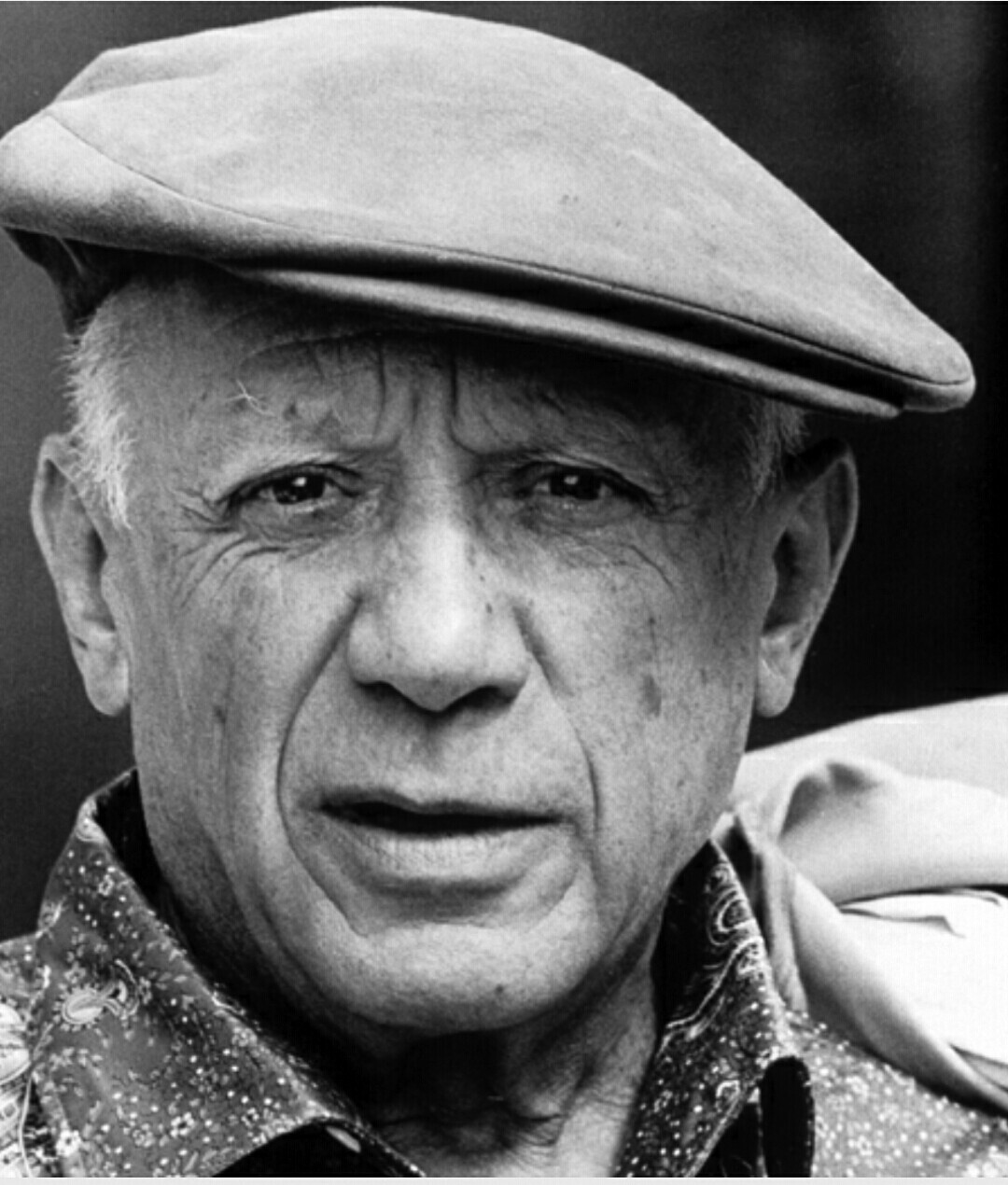 THE MASTER HIMSELF. The Spanish artist Pablo Picasso. (You might have heard of him.)

You didn’t expect the legendary Spanish artist to pop up on this list, did you? Nonetheless, Picasso’s name can be found on Eau Claire’s downtown arts center – at least in a six-degrees-of-separation kind of way. The Pablo Center got its name in 2018 thanks to a $5 million gift from the Pablo Foundation, a charitable group created in part by entrepreneur Zach Halmstad, co-founder of Jamf Software and Pablo Properties. The Pablo names comes from Halmstad’s favorite music label – Pablo Records – which, beginning in the 1970s, put out discs by jazz greats like Ella Fitzgerald, Count Basie, and Dizzy Gillespie. Pablo Records, in turn, got its name from a buddy of founder Norman Granz –  Pablo Picasso!