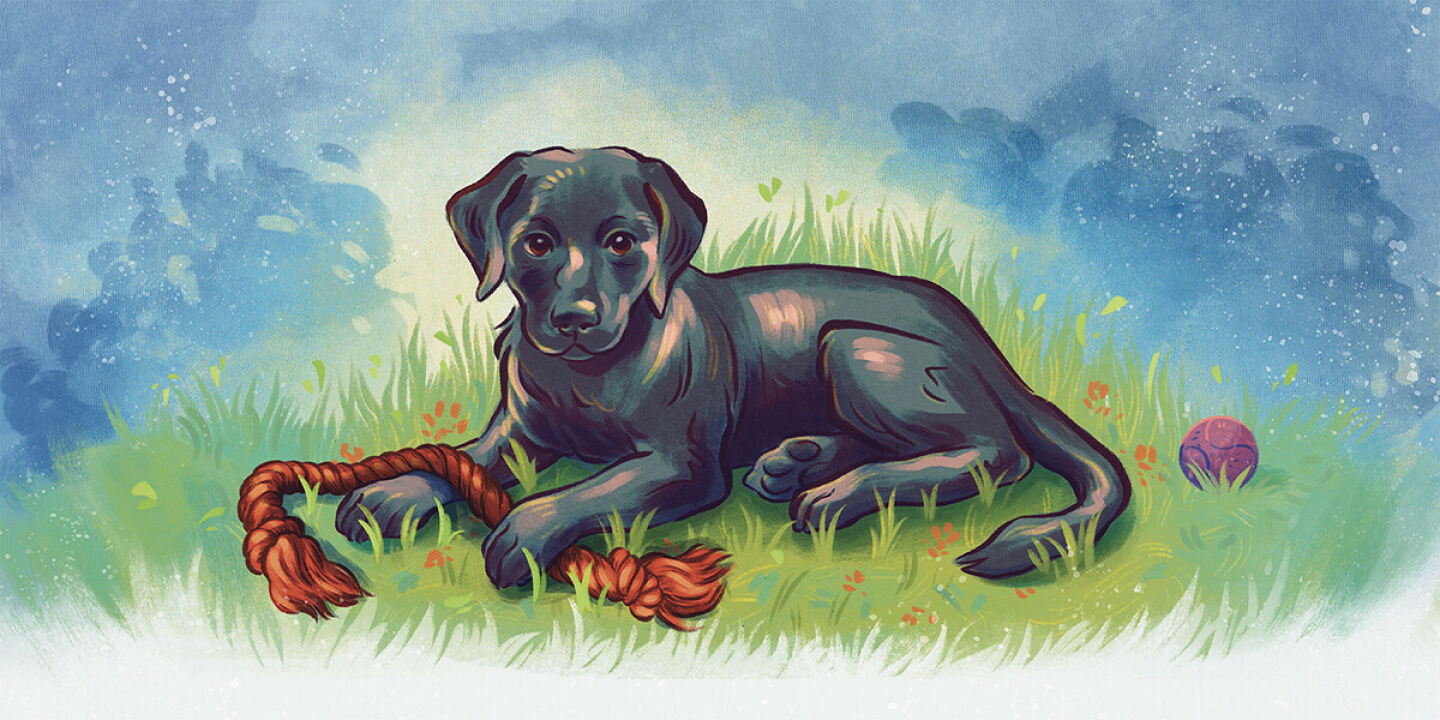 COLUMN: You Know You Want To

I smoked my first cigarette behind Oakwood Mall, in the sliver of parking lot between JC Penney and Sears. It was 1998, and I was working at one of the mall’s shoe stores. Besides peddling Doc Martens, I was succumbing to the pressures of college life: too much junk food, too little sleep, and too many parties on the chilly autumn evenings. I also spent too much time milling around while friends puffed their Marlboro Lights outside the campus buildings. So when my coworkers at the shoe store suggested we “light up a heater” during a slow moment of our shift, I complied. The chemical rush was almost as exhilarating as the sense of doing something very adult. Huddling behind the cardboard compactor in the shadow of Sears felt like growing up.

What does a married couple in their 40s do with their extra time and energy when the daily rigors of parenting their now-middle schoolers start to wane? They get a puppy, of course. Except I wasn’t convinced. Puppies are a lot of work: 3am bathroom trips, yipping, whining, eviscerated shoes. Suffice to say, I’ve always been more of a cat person.

My wife and son led the pressure campaign, sharing pictures of the legions of adorable dogs desperate for homes. At first I invoked all the regular excuses: The end of the school year is too hectic! Summer is too busy! We don’t have any ideas for Christmas presents – let’s wait until then!

Then I came up with an even better plan: a series of adoption requests that all but ensured a puppy would remain far in my future.

Not a month after making my proclamation of requests, in August of 2021, we drove to a house by North High School and selected the little black/chocolate lab with the yellow collar. Her name is Monty, she forced the rearrangement of our entire lives, and I haven’t slept a full night in weeks.
My wife and kids couldn’t be happier, and I’m starting to understand the slowly developing joy of giving in.

My fellow teachers and I became eligible for the COVID-19 vaccine in the spring of 2020, which set off a frenzy that rivaled those inspired by Furbies and Tickle-Me Elmo. Who had doses? Where did you get yours? Colleagues recommended the convoluted methods by which they had received their own shots. “Call this number between 8:45 and 8:50. Repeat the secret phrase. Then drive to this location, but pretend like you’re lost. Wear a black hat.”

My decision to vaccinate was based on sound health reasons, but the social pressure made the hunt feel desperate. Finally, after days of refreshing websites and calling doctors’ offices, I received an email. The sender knew someone who had a contact at Wal-Mart. The pharmacy there would start administering shots, but their online sign-up system wasn’t yet ready. A quick phone call later, and I was on the clandestine list.

I arrived the following morning to discover a tenuous setup. After receiving the inoculation behind a temporary partition, I waited in a row of chairs in front of the pharmacy shelves. Every time other customers reached around me to grab antacids or allergy meds, I said, “I just got my vaccine.”
They didn’t care, but I needed them to know.

This year, my colleagues and I are trying something new. After a year and a half without our regular routines, our students feel more anxious and disconnected than ever. So, once a week, we will implement a program called Character Strong, which asks everyone to discuss relationships, work habits, and mental health.

Somewhere in the next 36 weeks, I’m certain we’ll talk about the power of peer pressure –  probably in a negative light. But this year, it’s a little more complicated. Masks and vaccines, media and politics, a changing city in a changing world – convincing each other to do what we believe is right feels more fraught than ever.

I made the decision to quit smoking in 2014 while sitting under the shade sails at Fairfax Pool. I’d like to say I mustered a heroic moment of personal growth while watching my four-year-old daughter’s swimming lessons. The truth is, the pressure had finally done its job. My wife had begged me to quit for years; none of my friends smoked anymore. Nothing changed from when I sat in the white plastic lounge chair to when I stood up thirty minutes later, determined that I’d already smoked my last “heater.” But like a dam suddenly giving way under the same weight of water it had held back for years, pressure is a force that usually wins. Thankfully, sometimes that’s okay.