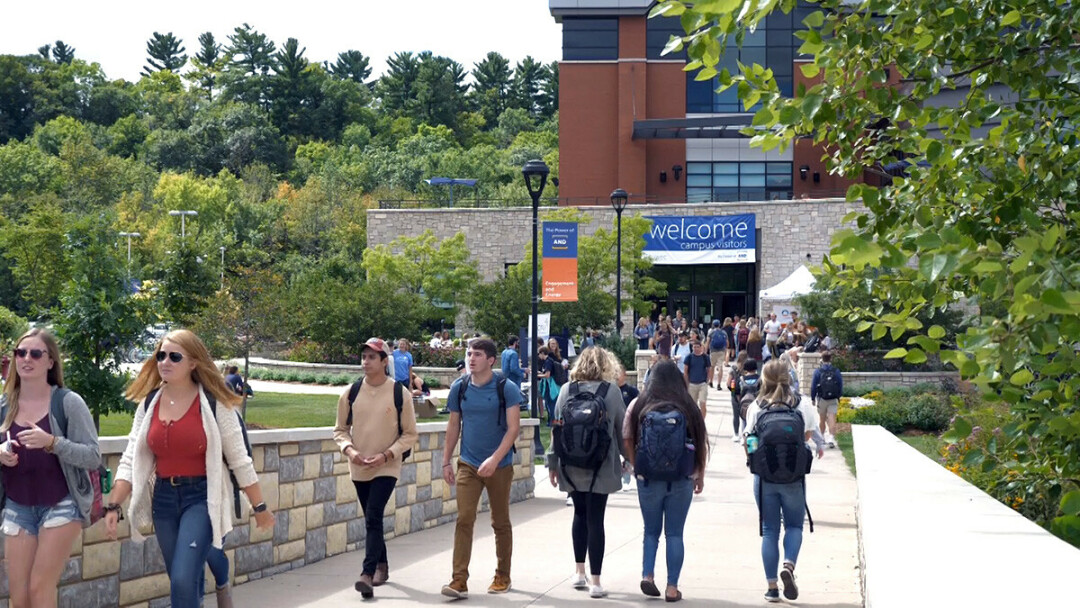 COOL CAMPUS, COOL CITY. UW-Eau Claire students like these pretty much have it made – at least according to some recently released rankings about the university and the city around it. (UWEC photo)

If you’re looking for a college that ranks highly among its regional peers, is located in an awesome city, and is friendly to LGBTQ folks, you can’t do much better than UW-Eau Claire. That’s one conclusion to drawn from a recent slew of rankings earned by Eau Claire’s own state university. Here’s a brief rundown:

• For the 27th straight year, UWEC has landed on the list of top public regional universities in the Midwest published by U.S. News & World Report. As it did last year, UWEC was No. 8 in the rankings of its public peers, while it was No. 41 among 165 public and private colleges. UWEC tied with the University of Minnesota-Duluth and Winona State University at No. 8, while UW-Stout in Menomonie landed at No. 15. According to a UWEC media release, “The rankings are based on criteria that includes peer assessment, graduation and retention rates, faculty resources, student selectivity, financial resources, graduation rate performance, and alumni giving.”

• Meanwhile, in August the financial technology firm SmartAsset ranked Eau Claire No. 2 on its list of the Most Livable College towns in the nation. (No. 1 was Chapel Hill, North Carolina.) SmartAsset based its assessment on factors such as median income, housing costs, concentration of restaurants and entertainment, commute times, unemployment, and crime.

• For the fifth consecutive year, UWEC has earned a perfect five-star rating on the Campus Pride Index and again is on the “Best of the Best” list from the preeminent resource for tracking LGBTQ-friendly policies, programs, and practices in higher education.