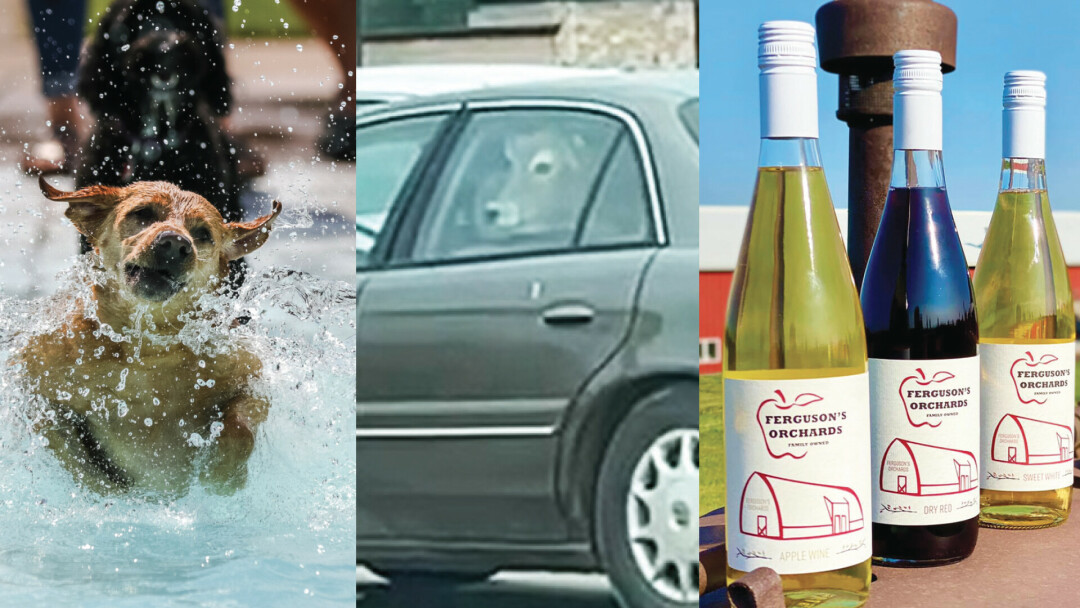 If you thought swimming pools were only for humans, think again! On Aug. 29, Fairfax Pool in Eau Claire invited local pups to splash in the end of summer with their annual Doggie Swim Fest, where local canine companions took a dip for the day – and no humans were allowed! Dogs got to try out water retrieval challenges, open swim, and a lure course. Proceeds benefitted Eau Claire’s Off-Leash Dog Park.

A COW THAT WENT VIRAL

Tell me you live in Wisconsin without telling me you live in Wisconsin. For one woman, it was the moment she saw “a whole freaking cow!” on her way through a McDonald’s drive thru in Marshfield. She captured a video that she posted to Facebook, which garnered 50,000 views by the next morning. The driver had bought the cow at a fair, along with two calves that were chilling out in the backseat.

Ferguson’s Orchards in Eau Claire truly has it all: an orchard filled with apple trees, apple cannons, caramel apples, apple cider, apple jam, apple cider donuts, and – new this year – apple wine. New this year to the Eau Claire orchards is their Ferguson Wine collection, featuring a Dry Red, Sweet White, and (of course) an Apple Wine. Check out their orchards to snag a bottle, or visit fergusonsorchard.org.