Two journalism graduates loved talking about sports. So they started a show on 105.1FM 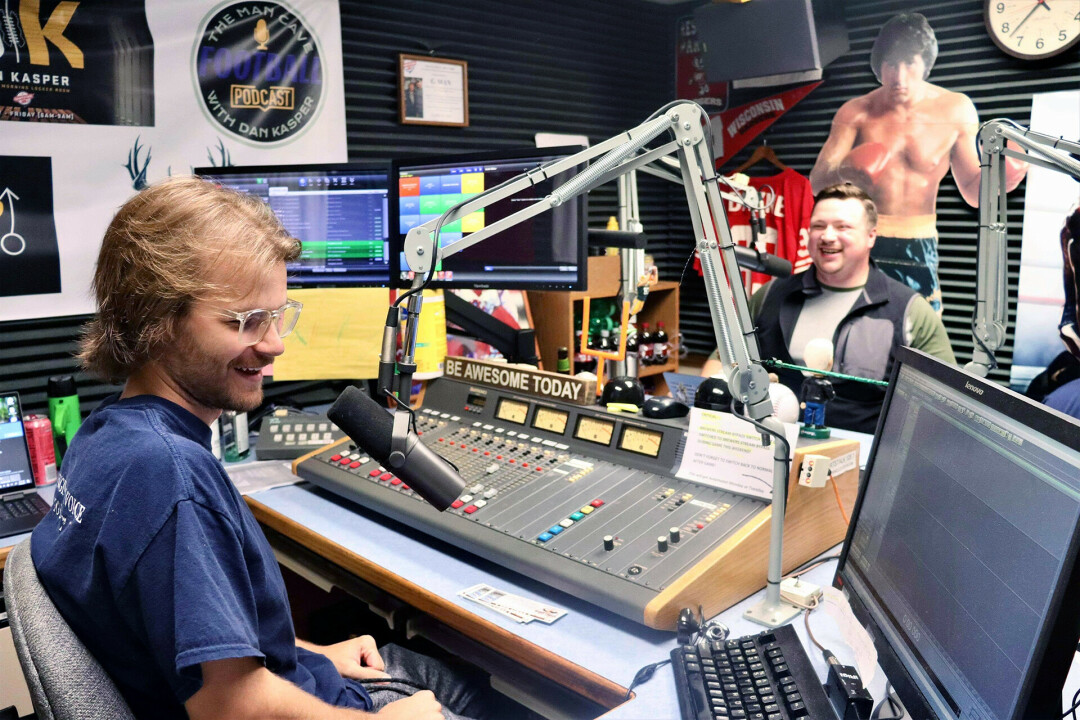 “We’re both local Chippewa Valley natives, and I think the audience is going to connect with that,” Fortier said. “We know the area, we know the schools, and we know what people want around here.”

We know the area, we know the schools, and we know what people want around here.

“The Chippewa Valley Pregame” will be a one-hour talk radio program that will focus on local high school, college, and semi-professional teams such as the Eau Claire Cavalier and the Eau Claire Express baseball teams. Fortier and Pearson plan to cover local teams in depth, by highlighting specific players’ performances, rounding up game statistics, and interviewing players and coaches in-studio for more insight.

Another important aspect of the show the pair plans to include is to highlight lesser known/smaller schools in local conferences who haven’t received as much local media attention. “We’ve already built up a good foundation of chemistry through working together during college,” Pearson said. “We both like talking about sports, we both sound professional when we’re on the mic, and it will be nice to continuing building on that with each other. We keep each other in check, and we are efficient in working towards a common goal.”

Check out “The Chippewa Valley Pregame” on 105.1FM at 3pm on Fridays or online at wayyradio.com.