COLUMN: The Great Outdoors in Our Great Hometown 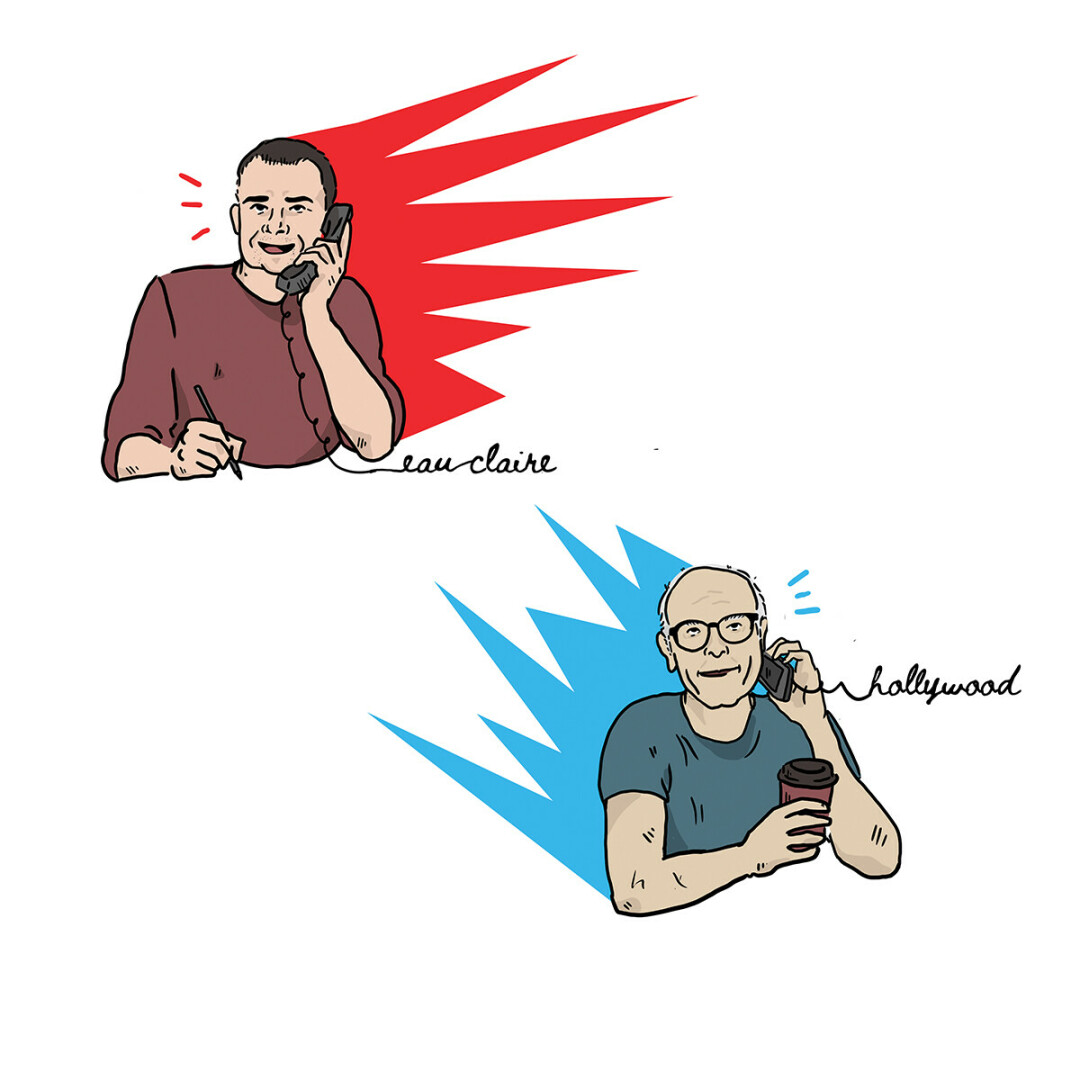 My first foray into The Great Outdoors occurred in the movie rental aisle of my local grocery store. The year: 1992. The place: Fort Wayne, Indiana.

I stretched my 8-year-old body toward the uppermost movie shelf – past My Girl, Father of the Bride, and The Addams Family – until my outstretched fingers nudged the plastic-sleeved, VHS box directly into my hands.

The movie box cover featured two actors I knew well: Dan Aykroyd (smiling widely as Roman Craig, the smooth-talking know-it-all investor from Chicago) and John Candy (glaring at his brother-in-law while playing the part of Chet Ripley, the sentimental father and family man).

Where was this Northwoods Wisconsin Shangri-La
where the film was allegedly set?
Did such a place even exist?

John Candy’s glare is not without reason. Looking closer, I noticed Aykroyd’s fishing pole had somehow hooked Candy, lifting the hefty actor a few feet off the ground.

The image served as a perfect preview of the movie I’d come to love: an outdoorsy, slapstick comedy, complete with foul-mouthed raccoons, a bald-headed bear, and no shortage of sequences involving Candy skittering across a lake on water skis, or gorging on a 96-ounce steak. 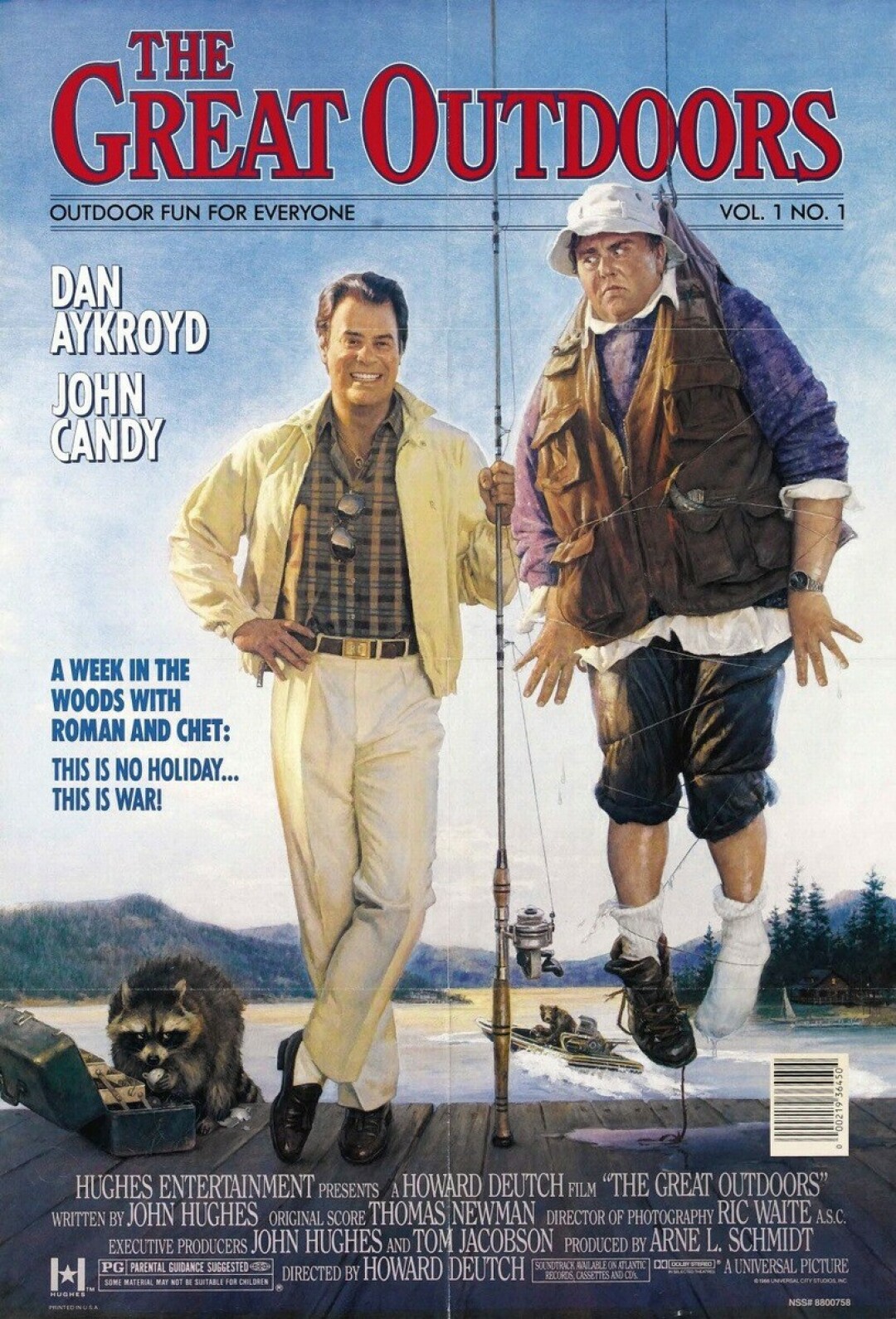 I loved the movie not only for its laughs, but for its scenery, too. Where was this Northwoods Wisconsin Shangri-La where the film was allegedly set? Did such a place even exist?

And then, 20 years later, I moved there.

Upon my arrival in Eau Claire, I re-watched the film, and was shocked – and admittedly a little giddy – to learn that it was set in the fictional (but maybe not too fictional?) Claire County, Wisconsin. In a later scene, I spotted a Leinenkugel Beer sign not-so-discretely aglow in the background – further proof of what I so desperately wanted to believe.

Could it be? I wondered. Is Eau Claire County the true home of The Great Outdoors?

Since subsequent viewings offered few additional clues, I went for the Hail Mary, internet sleuthing my way to 70-year-old Howard Deutch, the film’s director, in the hopes he might offer me a little closure. 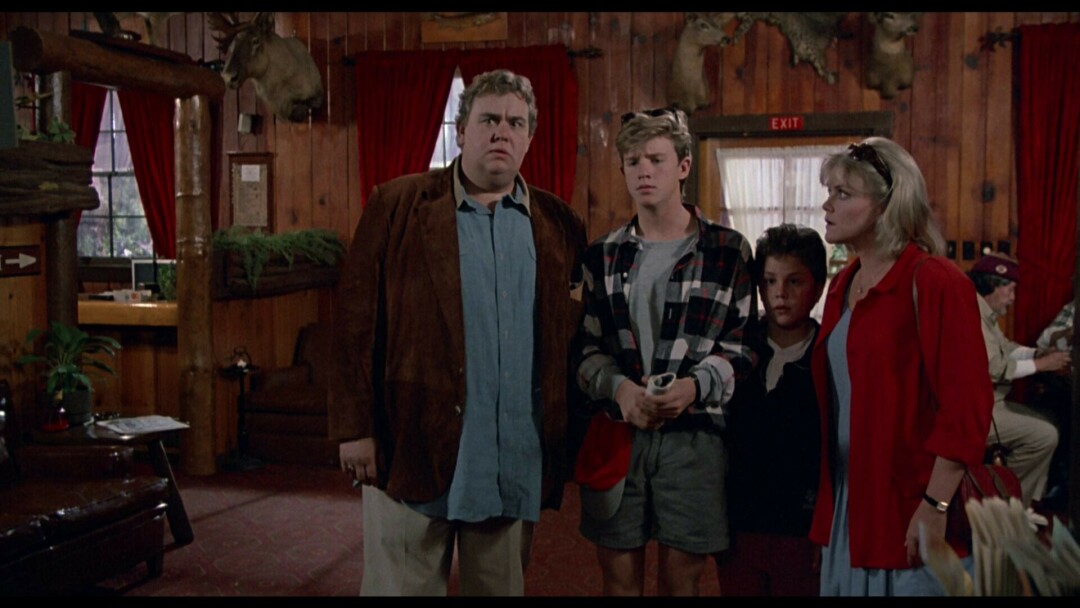 “Is it true?” I asked. “Is The Great Outdoors set in Eau Claire?”

Deutch chuckled, and though he could neither confirm nor deny it, he did concede that the movie’s writer, the legendary John Hughes (whom Deutch collaborated with previously on Pretty in Pink and Some Kind of Wonderful), had grown up in nearby Chicago, and likely vacationed in some Wisconsin locale not too far removed from an Eau Claire-like place.

It was all the “proof” I needed.

Though the movie was filmed in California, maintaining the illusion of the Wisconsin setting was key, Deutch explained. And California did not disappoint.

“I remember we all took a lot of pains to make sure the skiing sequence with John Candy went well,” Deutch said. “And we woke up the morning we were filming it, and it was snowing … in the summer. John (Candy) was like, ‘I’m not doing it in the snow,’ but we had to because of the (production) timetable.”

There were other complications, too. Such as trying to direct Bart the Bear, a 1,700-pound Alaska Kodiak, who played the part of “The Bald-Headed Bear of Claire County.” Bears don’t always take kindly to director’s notes, which Deutch learned the hard way as Bart’s trainers struggled to fit the bear with the bald head piece as the film required.

“Every time we put it on, he pawed it off,” Deutch remembered. “It took days to get the shot.”

If you’d asked me – all those years ago at the grocery store – if I thought I’d one day receive my own private director’s commentary of one of my favorite films, I’d have said it was less likely than a bald-headed bear. Yet there I was, my phone pressed tight to my ear, as I clung to every dazzling detail Deutch had to offer. What was minutiae to him was a marvel to me: Every behind-the-scenes story only added to the magic.

Now it was my turn to bring some magic. But what trick could I possibly pull that might more closely wed the movie with the town that I loved?

The truth is, I had no trick, only a heartfelt request.

I paused, choosing my next words carefully.

“Would you be open to me making a push for Eau Claire to become the ‘official’ home of The Great Outdoors?”

“Of course,” Deutch says without skipping a beat, “and I think John (Hughes) would’ve loved that, too.”

Hollywood can keep its Casablanca and its Citizen Kane; we Wisconsinites are of humbler means. We are the tamarack trees, the John Candy on skis, the bald bear and the bleeped raccoon. Of course, we’re a whole lot more than that, too. But to find out all that we really are, you’ll have to wait for the sequel.