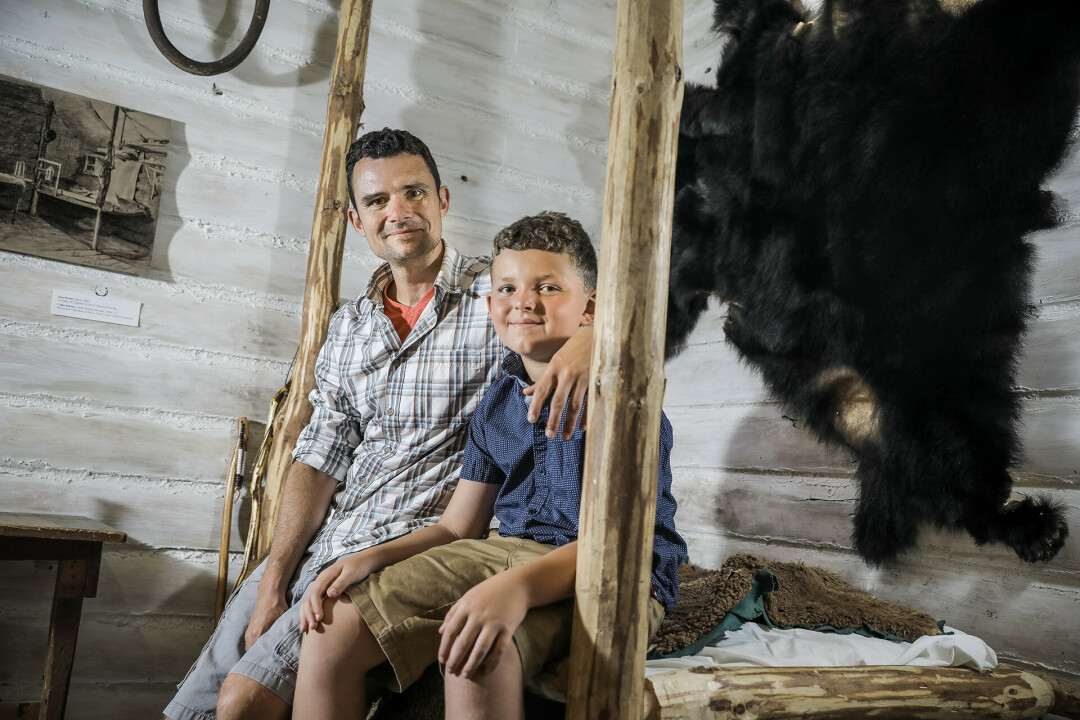 Upon completing our 10-minute hike to the precipice of Eau Claire’s Mount Simon, the panoramic view burst open as far as we could see.

“Holy flippin’ cow!” said author B. J. Hollars. His wide-eyed 9-year-old son, Henry, treaded toward the cliff’s edge, peering over the edge. I took a picture of them both: father and son, together.

We took this small-scale road trip to discuss the prolific author’s much more significant road trip that he took three years ago, which led the father-son duo to write their new book, Go West, Young Man: A Father and Son Rediscover America on the Oregon Trail. The book – written by B. J. and illustrated by Henry (aged 34 and 6 respectively) – began three summers ago on Henry’s last day of kindergarten.

I wanted to be a better father, take our attention away from our screens, and focus on the road ahead.

There's still that hope that when you hit the road with the people you love, you'll be a better person in a better land ahead.

That’s when the Hollars duo set out to retrace the Oregon Trail in an attempt to capture the pioneer spirit of improving one’s fortunes on a westward journey.

“I wanted to be a better father,” B. J. said, “take our attention away from our screens, and focus on the road ahead. There’s still that hope that when you hit the road with the people you love, you’ll be a better person in a better land ahead.” 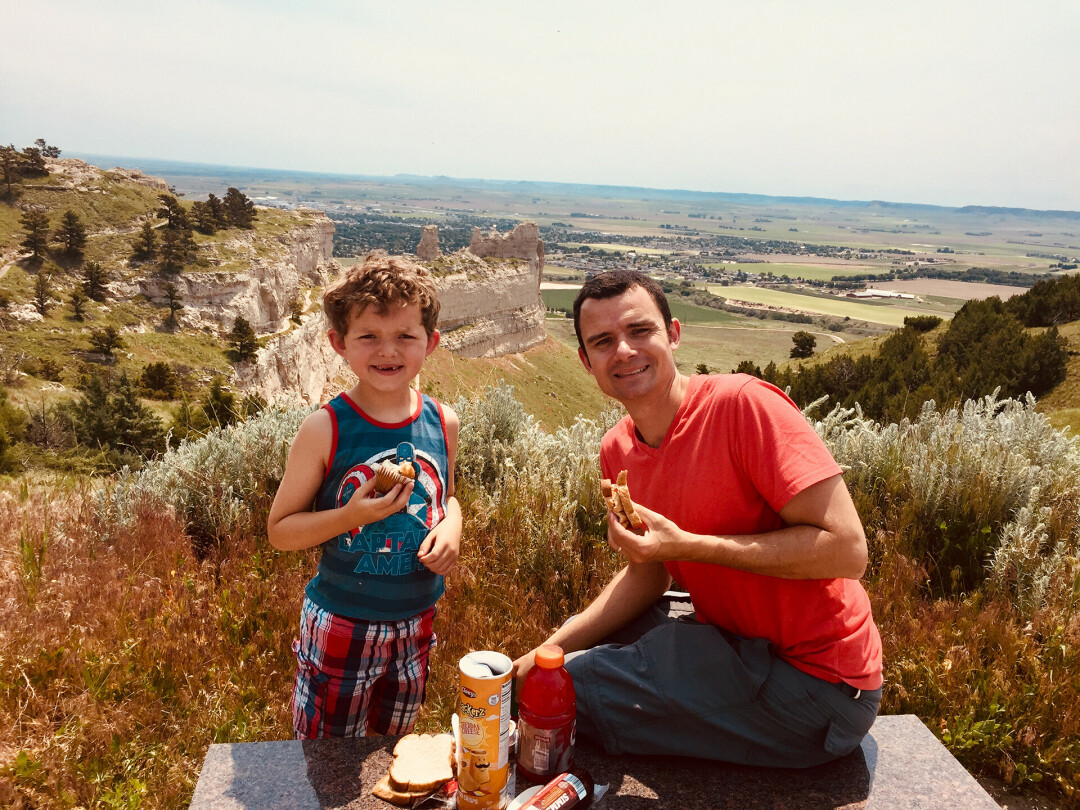 A photo that author and adventurer B. J. Hollars captured with his son, then six years old, on the road. (Submitted photo)

The resulting book contains travel mishaps, potentially uncomfortable examinations of our nation’s history, and reflections on the current state of our increasingly divided country. Above all, it’s the father-son relationship that makes the book personable – and possible. These two needed each other. Without his dad, Henry said, the trip would’ve been less about the history and focused more on ice cream and doughnuts. And B. J. admitted that without Henry, the trip would have been too consumed with historical research, missing out on all the doors opened by a child.

Whether conversing with strangers at a truck stop, hitting up a hot spring, getting free help from a mechanic for their car troubles, or searching for the largest ice cream cone in Wyoming, having Henry along helps readers (and B. J.) see these events through a child’s perspective.

Through their mistakes, corrections, connections, and the repeated kindness of strangers, they made it home with plenty of personal stories to tell. 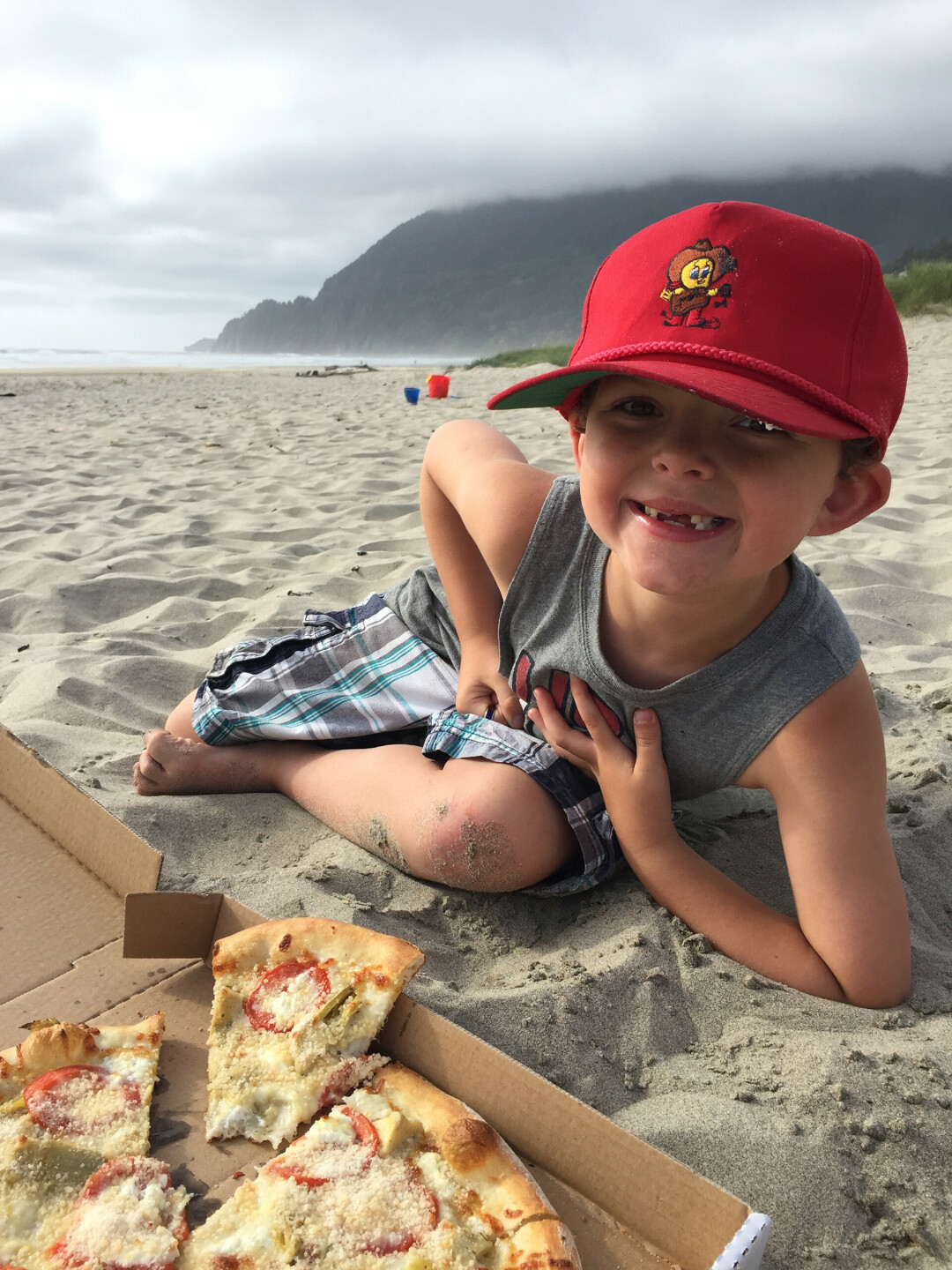 But the fascinating and tragic historical aspects loomed large.

“Death,” Henry explained, “was more frequent than you think.” “The Oregon Trail is called America’s longest graveyard,” B. J. added. “About 65,000 people – which would be the entire population of Eau Claire – died along the trail.” The physical reminders on the trail were chilling, and intangible truths were often uncomfortable. “Our trip allowed for a lot of wake-up calls to reality,” B. J. said. “When you’re looking at the gravestone of a six-year-old who died on the trail, suddenly you realize that life doesn’t last forever. When you read the historical markers that describe the high death tolls, and you learn about the propensity of disease, and the risk of snake bites, or being crushed by wagon wheels, or losing your oxen or your supplies... they’re all reminders of the hardships experienced along the way. And this doesn’t even begin to cover the hardships of the Native Americans who were exploited because of the emigrants’ journey.” 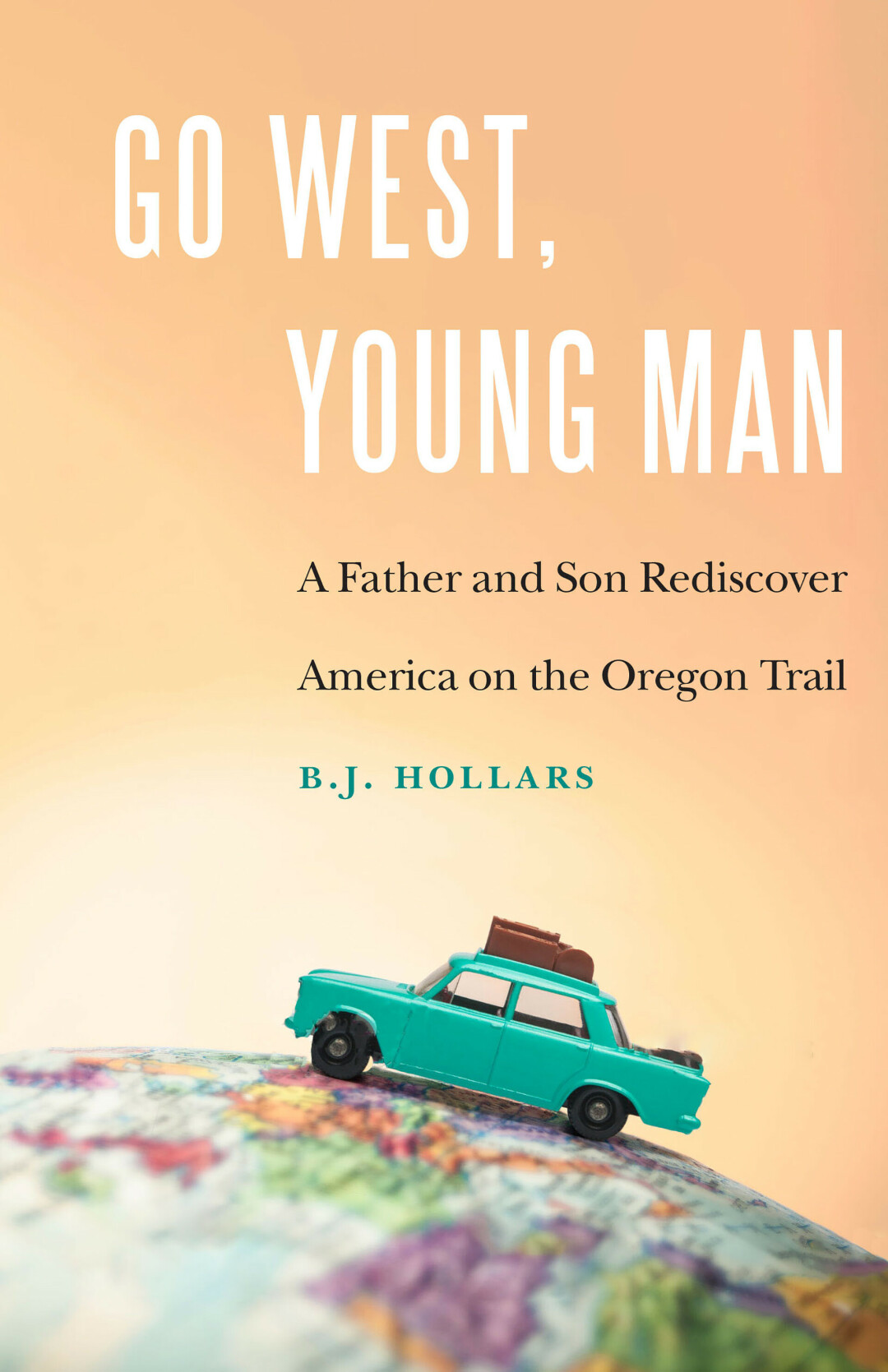 Go West doesn’t shy away from the ugly truths. When B. J. and Henry spoke with Indigenous tribal leader John Bevis in Pendleton, Oregon, they heard a significantly less whitewashed version of what happened on the Oregon Trail, as well as the ongoing ramifications. It’s one thing to read debates over mascots and tomahawk chops in an online comments section, but it’s totally different to have face-to-face conversations with the ancestors of a group that had suffered so many atrocities at the hands of those with Manifest Destiny on their minds, B. J. said.

And while B.J. often marveled at the generosity that his fellow citizens offered him at every turn, late in the book a friend said, “That’s awesome. It really is. But… I wonder how your trip might have been different if you weren’t a straight white guy with a six-year-old.” It’s one of the many times the book goes from looking at history to looking in the mirror. 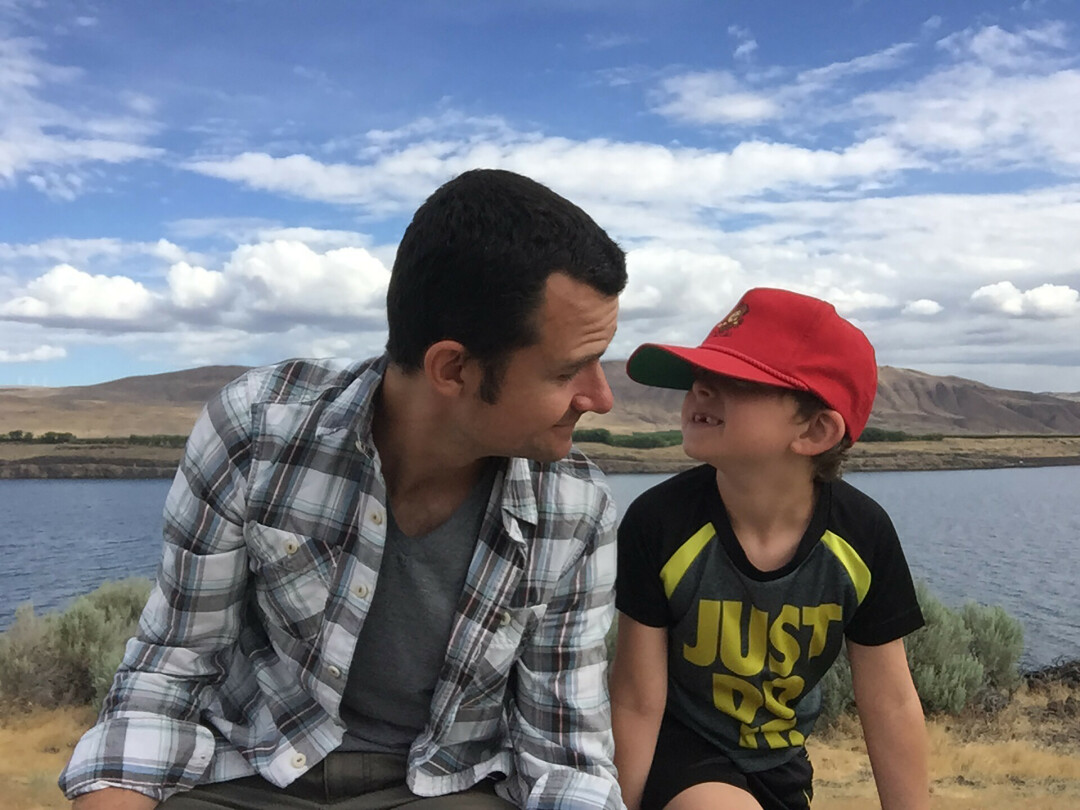 With the interview finished, we descended Mount Simon, our short journey completed.

Three years ago, B. J. and Henry completed their western journey, a father and son searching for a better side of themselves. And Go West now takes readers on that journey: inward, onward, and upward for a wider view of the wider world.

B. J. Hollars' new book, Go West, Young Man: A Father and Son Rediscover America on the Oregon Trail, will be published in September by Bison Books, an imprint of the University of Nebraska Press. You can also snag a copy at The Local Store this fall. Check out the duo's upcoming author talk with the Heyde Center for the Arts and the Chippewa Falls Public Library here.