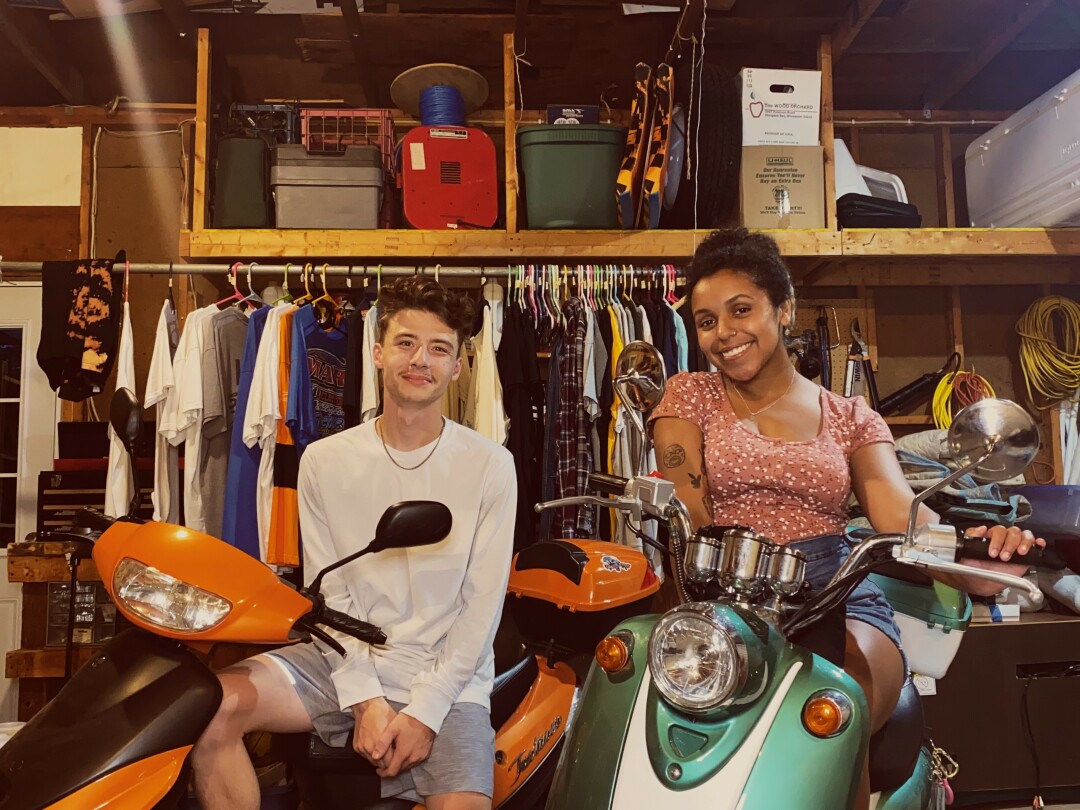 Every year, Americans generate about 16 million tons of textile waste, according to the U.S. Environmental Protection Agency. This waste lives in landfills for years, generating many of the environmental issues now prevalent throughout the globe.

A great way to limit the amount of clothing waste is by shopping secondhand. That is why locals Jake Weiss and Jada Evans created Grandma Sue’s Basement, an online secondhand store comprising clothes found locally.

“I wanted to make a difference, but I didn’t necessarily know the best way to do it,” Weiss said. “I watched during the COVID-19 pandemic and saw how much people were buying from places like Amazon. It was so much. I looked into different ways you could help in simple steps, then I found out about the amount of clothes being sent into the landfill every year.”

The name, Grandma Sue’s Basement, came from the fact that Jada and Jake both have a grandma named Sue. Both of their grandmothers helped foster their love of thrifting.

Both Weiss and Evans grew up thrifting, but they knew sometimes it can be difficult and time consuming to sift through all the racks. They created GSB to do all the work for you. The name, Grandma Sue’s Basement, came from the fact that Jada and Jake both have a grandma named Sue. Both of their grandmothers helped foster their love of thrifting. Jake’s grandma died at the beginning of 2020, so he wanted to keep her legacy going.

Not only is GSB working to promote sustainability, but they are also taking steps to make sure their site is inclusive and non-gender conforming. “I want to make it to where anybody can come onto the site and we’re not saying, ‘This is the women’s section’ and, ‘This is the men’s section.’ It’s just, ‘Tops,’ ‘Bottoms,’ ” Evans said. “It’s about respecting the times that we’re in and knowing that stuff is improving and that we’re in a new generation. Respecting everyone and making them feel included is the biggest thing I wanted to do with this.”

Check out their clothing and learn more about them at gsbthrifting.com.